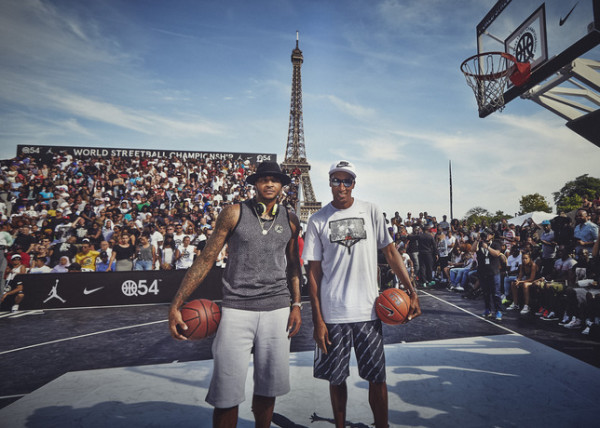 Carmelo Anthony's got a lot on his mind right now.

The news broke on Sunday that the former Syracuse legend would begin the process of breaking ties with the New York Knicks by declining his player option and become an unrestricted free agent this summer. It's not a bad time for Melo honestly, as the man could re-sign for the most money ($129 million over five years) back with the New York Knicks and the Phil Jackson experiment. Or he could make a sacrifice and take his talents to Miami and possibly rejuvenate the Big Three. There's even an option to go to H-Town and form his own Big Three with James Harden and Dwight Howard.

But the most intriguing option, and the clubhouse favorite, lies in the City of Wind. The Chicago Bulls are primed and ready to put a starting lineup around Carmelo that would consist of Derrick Rose, Joakim Noah, Taj Gibson and Jimmy Butler, and if that comes to fruition, the Eastern Conference would officially be put on notice.

Sounds like an attractive option, right? Well, if Carmelo needed to be sold on it, one trip to Paris with the greatest small forward in Bulls history could put the icing on the cake. 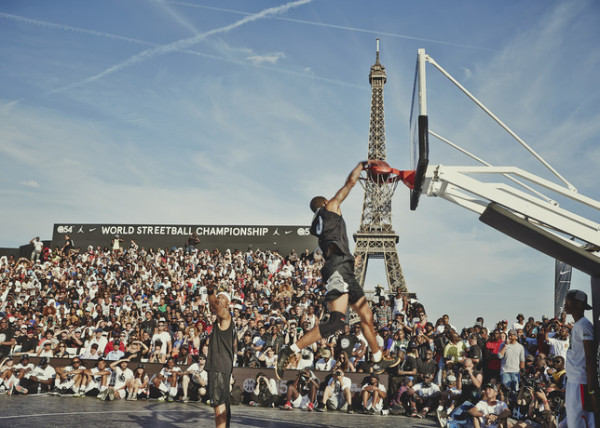 "The atmosphere at the event was amazing - the streetball, the culture, the music - the tournament has evolved but the spirit is still the same." -- Scottie Pippen

Jordan Brand and Nike Basketball hosted the 11th annual Quai 54 World Streetball Championship in France's capital this weekend, and the scene in Paris looked absolutely breathtaking. We told you about Quai 54 two years ago, and when I see these photos with the Eiffel Tower chilling in the background, it puts this event on my bucket list of events to go to in my life. Don't worry, the World Cup is still #1.

*Sidenote #1: Someone needs to get this Lipek guy in the 2015 NBA All-Star Weekend for the dunk contest. Sheesh.

I can imagine Scottie and Carmelo sitting there on the front row of the bleachers, watching this epic global streetball tournament that brings together 16 teams from all over the world battling it out for the title of World Streetball Champion, there in awe. I can also imagine Scottie and Carmelo trading stories on going through the wars with Michael Jordan and Phil Jackson, sharing Scottie's personal experience in being a Chicago Bull, and the thought of getting older and trying to win a ring with a new team. Or maybe they talked about dating fine, ethnically ambiguous women. Who really knows what two of the greatest small forwards of all time really talked about? I have no idea.

What I do know is that conversations were had in Paris between Scottie Pippen and Carmelo Anthony, and if Melo's wearing the red and black in a few months, maybe Bulls fans will have to thank the Quai 54 for bringing it all together. Whatever happens, it sounds like Carmelo's thinking about the long term versus the short term with his next decision, as winning titles is important but so is making the wife and son happy. Check out his interview with VICE Sports as he talks about basketball and what his thought process is like as he makes his free-agent decision this summer.


*Sidenote #2: Big ups to the folks at VICE Sports, excited to see the new work they've done. Glad to have them around.