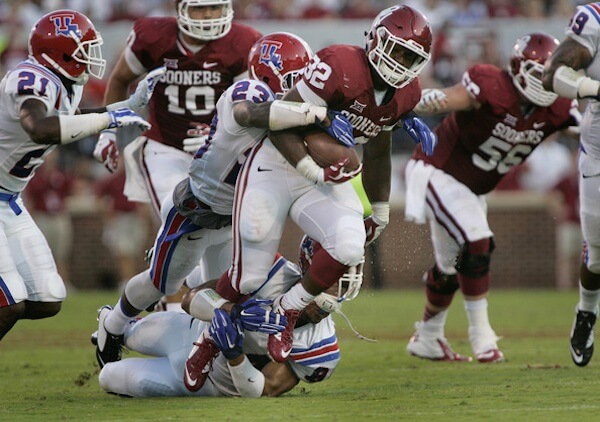 If you’ve been reading TSFJ long enough, you know that I constantly make references to my Uncle Bill. That man is the reason I am an Oklahoma Sooners fan to this day, and he is the man I talk to when all things Sooner football-related need discussing. Therefore, when I called my Uncle after the No. 4 team in the country took out Tennessee 34-10 on Saturday night to get his post-game prognosis, the first thing that came out of his mouth was, “PEEEEEE-RINE!!!!”

Unless you are a college football nerd or a big-time Oklahoma Sooners fan, I don’t really expect you to know who Samaje Perine is. Perine is the No. 3 tailback in Bob Stoops’ three-man running back by committee backfield that includes Keith Ford and Alex Ross. Ford, who’s built in the mold of OU halfbacks of yesteryear like Adrian Peterson and DeMarco Murray, will almost assuredly be playing football on Sundays in a few years. Ross is the speedster, who’s capable of breaking a big run if a crease is there to run through. Perine, on the other hand, well … he’s not quite like Ford or Ross.

Samaje Perine is 5’11” and 244 pounds of rumbling, stumbling tailback madness. This dude is a MacK Truck toting the rock, and it seems like every time he carries the ball it takes four to five guys to bring him down. When I heard my uncle proclaim the glory in which Perine ran the ball, at first I was shocked, but then I remembered what type of man I’m dealing with.

My Uncle Bill grew up on Bud Wilkinson and Barry Switzer and came to revere guys like Billy Sims and Marcus Dupree as legends. To my uncle, nothing is better in this world than lining up the offensive line, running a 38 counter trap, and have the halfback follow the fullback into the hole to hopefully see an OU tailback emerge to glory by running hard and strong into the end zone.

As it were, the freshman from Pflugerville, Texas, is going to get his chance to be the starting tailback for Bob Stoops’ offense this weekend as OU begins Big 12 play versus West Virginia on Saturday night. Everyone in Norman seems to believe he can handle the starting role because he’s mature beyond his years. Oh, and his teammates thought he was someone’s daddy when he first got to Norman.

“He’s like a grown man. Samaje is a massive human being. It’s crazy. It’s a scary sight seeing him coming at you full-speed.” — OU defensive end Charles Tapper

Realistically, I’m just happy my uncle is happy. He loves the Oklahoma Sooners, and he’ll take wins however he can get them. However, while Trevor Knight throwing the ball around the yard 50 times again might be cool for some, he’d much rather have the Sooners resemble a sledgehammer and just maul teams on their way to the end zone. Grown man football is what he calls it.

Hey, if it puts a smile on my uncle’s face, I’m with it. Now if you’ll excuse me, I’ve got to practice yelling “PEEEEEE-RINE!!!!” whenever #32 scores a touchdown.

A Sports Scribe Tom Brady Stays In His Lane 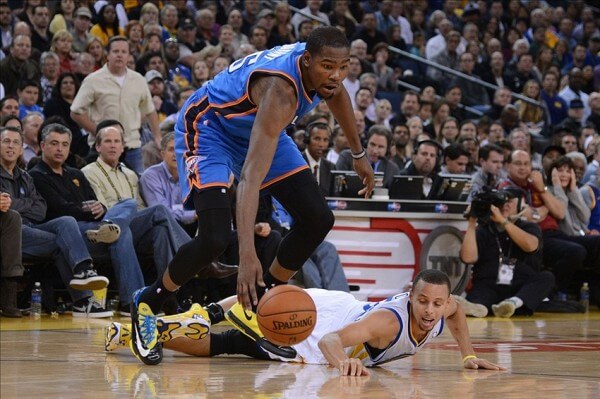