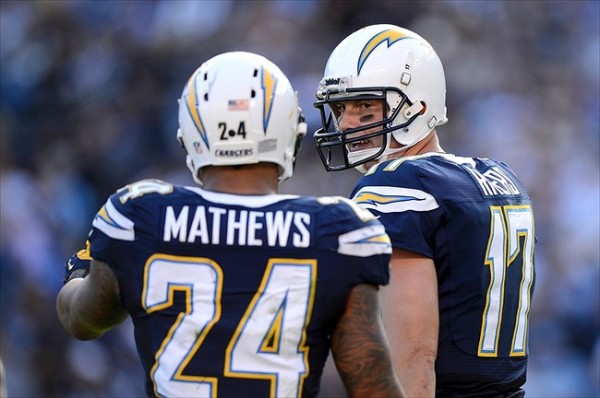 Last season in my fantasy football league, I was given the 11th pick in the draft. I usually hate draft picks that are early in the round or late in the round. Yeah, it feels good to be able to pick players twice in relative succession, but the stress of waiting all those picks to get to your turn is agonizing. The agony is even worse when it's the first round and elite talent can be hard to come by. Player after player went off the board, some I knew I had no chance in getting (Arian Foster), others that I thought would fall to me (Maurice Jones-Drew) and others I passed on for foolish reasons. (Adrian Peterson, coming off knee surgery....I'm an idiot.) So I'm sitting there, in need of a stud to lead me to the promised land and who's sitting there?

Yahoo! had him ranked #4 on their overall list of players but he'd just came off an injury plagued season the year prior. He was just sitting there. I really didn't want to draft him, but I did. And with that choice, my 2012 fantasy football campaign went down the got damned drain. Injuries. Fumbles. Getting benched for Ronnie Brown. I mean, it was an incredibly putrid effort by Mathews. I don't know if he could pull off that inept of a feat again.

Ryan Mathews, you are officially dead to me.

Here's the thing, I love Jay Cutler. I've always felt that  he's gotten a bad rap for his personality off the football field, but Cutler can ball. I wish my favorite football team (Jags) had a quarterback like Jay Cutler. However, on my fantasy football team? Yeah man, I want no parts. It's not that he isn't a stat-stuffer, because he is, but it's that he'll have one game where he throws for 400 yards and 4 TD's and the next game he'll throw 4 INT's and smoke a cigarette on the sidelines. Yeah man, you can't be on my fantasy football team anymore.

Here's a list of poor choices I made trying to draft receivers not named Wes Welker and how they finished the season stat wise.

2 things that's hilarious about this list. First, it's hilarious that I was somehow able to progressively get better with each of my picks even if they didn't amount to squat. (Don't be fooled by Lloyd, I traded him midseason.) Two, I really thought that the picks of Moss and Chad was going to win me a title. Truly unbelievable on how that didn't work out.

There are some of you who love having players from your favorite team on your fantasy squad, but for me, I hate it. Sure enough, in 2012, in the same draft as me taking Ryan Bleeping Mathews....I end up also getting Maurice Jones-Drew. The second greatest tailback in Jacksonville Jaguars history was on my team and my excitement was piqued. Then this happened.

Who in the hell is Lisfranc? If I see her out in the streets then we're going to have a problem.

Who are the players that you'll never draft in fantasy football again? Let us know your thoughts in the comments section.

7 Replies to “Ryan Mathews Can Go To (Fantasy) Hell, And 4 Other Guys I'll Never Draft Again”