(This article was originally published over at Ed The Sports Fan on March 2, 2011. In honor of the retirement of Kenyon Martin, we are republishing this article here at The Sports Fan Journal. On behalf of the bloggers, columnists and editors of TSFJ, have a happy and safe 4th of July weekend.) 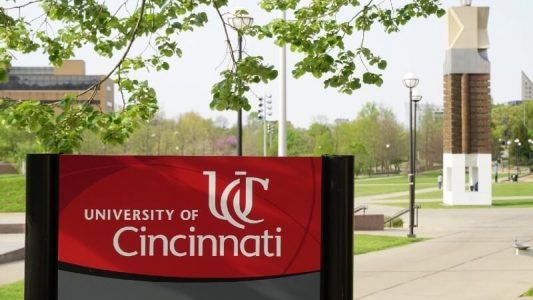 When you walk into Fifth Third Arena on the University of Cincinnati campus, you quickly notice the championship banners from 1961 and 1962, the listing of Bearcat All-Americans, and most notably the three retired uniforms hanging up on the wall.

One man (Twyman) I've only heard of as a broadcaster, one man (The Big O) I've only heard the gospel about, and one man (K-Mart) I can truly say was the scariest college basketball player I'd ever seen in my entire life...

...and yet a googly-eyed kid from Oklahoma became a Stan for that player and the team that he played for.

From 1989 to 2005, the Cincinnati Bearcats compiled a 399–127 record, all under the tenure of one Bob Huggins. The collection of players that Huggie-Bear compiled in the Queen City was just plain absurd. Moreover, the edge that those guys had was something that those UNLV teams and those Michigan teams in the early '90s could definitely appreciate...except that Cincinnati's squads were like that for 15 years!

Please understand this...I'm talking about 15 years of uber-athletic, attitude-having, goon-acting players coming through Cincinnati wrecking shop on (literally) anyone who stepped in their way. Cincinnati owned the city, the Crosstown Shootout and a younger fanbase who embraced them. When Cincinnati went up to Anchorage, Alaska, and gave Duke the blues, folks began to understand that the Bearcats were no joke. There are some who would say that the players were "thugs"...and for some, you'd definitely be right. However, what Huggins knew and what many fans like myself came to appreciate is that those boys balled out. You weren't going to play UC back in the day and punk them, you weren't going to outrun them, and you weren't going to leave that game better than when you started.

However, losing to Michigan in that '92 Final Four, having your best player arrested in '95 (Danny Fortson), Kenyon Martin inexplicably breaking his leg in '00, and Huggie Bear catching a DUI in '04 ultimately cast the larger shadow on the overall dominance that the Bearcats had. That's the good and bad in sports — you have some unforgettable memories yet the tragedy that scars you can be simply overwhelming.

Plus, the other thing the team was known for was the branding of Jordan...quite possibly the greatest recruiting advantage that any team could ever have in life. The Bearcats had the flyest jerseys, they had on all the new Jordans, and they were just dunking on everybody for no real reason. I remember being at the crib and watching UC games only to see what J's they were rocking, yet I probably couldn't find Cincinnati on the damn map if I wanted to.

Some of my favorite Cincinnati Bearcats include...

For a man who didn't even start until almost halfway into the season, Van Exel was the reason I began even watching the Bearcats. I always remember Nick being fearless (a talent he soon displayed quite often playing in the Association) and being a leader. Those Bearcats in '92 would follow him into any gunfight, and he is the reason for the legacy jumping off the way it did.

Man, I see Ruben hanging around Cincinnati all the time. Hell, I think I saw him last week. One of the cooler Bearcats I've had the chance in meeting and hang out with. I remember when his mom passed, and he put up a 37-point game immediately following — it was surreal. Ruben's had his problems, but he fought through it, and his jersey should be retired by UC.

The man who held it down for the big dudes who hooped. The man was "listed" at 6'7" (maybe) and 260 pounds(-ish) but was molded with the mentality of Charles Barkley when it came to rebounding as a center. The man was a two-time All-American at UC, and he elbowed some poor sap in the mouth and I don't think he was the same since.

If you let the homie Jeremy K. Smith tell it, Bobby Brannen might've been the biggest goon of them all. I mean, the man stuck out on the team for obvious reasons...dude had the Baywatch blonde hair flowing, if you get my drift. Yet, after three years of keeping the bench warm and putting on 30 pounds, the man was a beast down low for Huggins. The pride of Reading, Ohio, was revered by the local fans, but I always remember him never backing down to anyone.

Just because he might arguably the second greatest dunker of all time, and it's not even a joke.

The goon of all goons. We all see how Kenyon Martin is now...tattoos, felonious women on his side, always yelling and cussing at folks...you know, Kenyon. The one thing I remember in watching him at UC was although he had all that physical ability, there was still some innocence about him, like he really didn't know what was going on or what all this meant to the people watching. Dude was a phenomenon, and he reminds me of how we watched Blake Griffin in college. Kenyon Martin's knee injury might be the most devastating event in the history of any basketball program. UC was clearly the #1 team in the nation, the squad was loaded (Steve Logan, Kenny Satterfield, DerMarr Johnson), and Kenyon was finally reaching the heights of his super powers.

Then his knee went out...

Because of the draft rules and regulations that we have with today's NBA, and the lack of leadership and organization that is the current regime of the Bearcats athletic department, we will never again see a cast of characters like this that resided in the Clifton neighborhood of the Queen City. It's up to us to keep the gospel preached...

3 Replies to “Remember When The Cincinnati Bearcats Were The Scariest Team In America?”