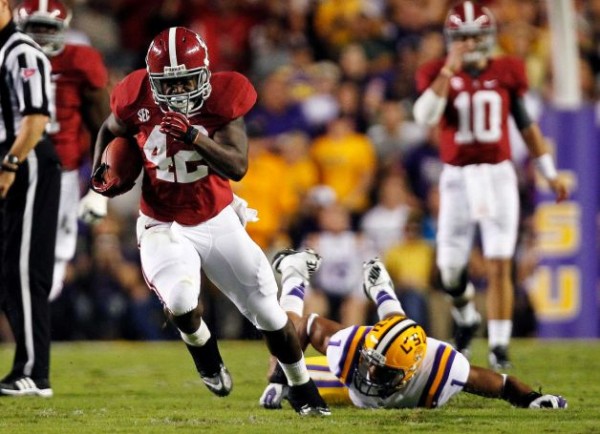 I have a slight issue with the program schedulers of the major television networks when college football Saturday rolls around. You see, I usually wake up at 9 a.m. Pacific Time (noon for you East Coasters) to start my college football day. I take a quick walk to Starbucks, purchase my soy grande caramel macchiato and make it back in time to watch mediocre Big East, ACC and Big Ten football. Then, about three hours later, the Big 12 and SEC games hit the slate and I'm mildly entertained. However, my issue is that more times than not, the primetime schedule has two to three games that are on at the SAME DAMN TIME that I really want to watch. This Saturday was no different, as three games of importance all were on simultaneously.

So, instead of watching all three of these games in the comfort of my own home, watching each game with all my focus, I had to take my talents to the Grand Oaks. The Grand Oaks is a sports bar here in Oakland that literally has about 238 televisions. I went there for three reasons. One, their wings are the truth (thank you Tiara for putting me on to this glorious place); you come visit and I'll take you. Two, one of the servers is named Penelope, and she takes care of me. Three, I can walk there and back and drink as much as I choose.

So at the Grand Oaks, I watch Kansas State put Oklahoma State out of their misery and I watch Oregon suffocate USC. Most importantly, I saw Alabama put together a New England Patriots Super Bowl-esque winning drive on LSU to keep their status as the nation's best college football team. I felt sick for LSU and was in awe by Saban's evil genius. Five plays, 72 yards and a lack of Honey Badger mojo later, Alabamians could once again breathe.

There are six undefeated college football teams remaining, the previously mentioned Crimson Tide, Wildcats and Ducks, along with Notre Dame, Ohio State and Louisville. Is Alabama still the clear-cut No. 1? Are we poo-pooing Ohio State's asterisk season? Who and or what in Hades is a Louisville? Let's break these teams out individually and where we go with them from here. I'll rank them by how I rank my favorite foods at the sports bar. 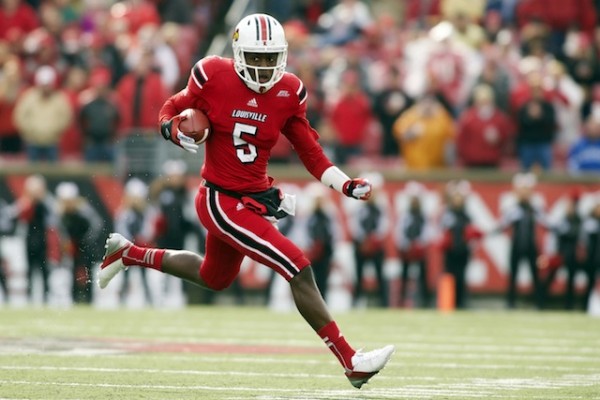 Probably one of the most underrated appetizers of all time. Spinach artichoke dip is the best to have with your woman, because unlike any other choice you'd probably make, this is the least greasy option on the board most times. However, if you've got 4 of the 5 options below available, you're never picking the spin-art dip. In Louisville's case, their undefeated record means squat because no one respects their schedule. Maybe if Louisville beat an SEC team worth a damn instead of a putrid, now without a coach Kentucky squad, then we'd have a different discussion. Teddy Bridgewater is dope and will easily win the Big East Player of the Year, but spinach artichoke dip will never be the top selection.

I don't eat hummus, but people who love hummus SWEAR by it. If you aren't familiar, hummus is a dip made from cooked, mashed chickpeas blended with tahini, olive oil, lemon juice, salt and garlic. I got a few bougie friends of mine who will order this and never have to worry about sharing their food with the crew, which is fine by all of us.

Ohio State's having a hell of a season, but we can't properly appreciate it because of the terrible sanctions levied by the NCAA. You know, because free chicken and tattoos is a serious offense. Braxton Miller looks like Donovan McNabb 2.0, and Ohio State will replace USC as the tainted preseason No. 1 ranked team next year. Urban Meyer's back at it, and as long as he doesn't get tOSU in trouble, the Buckeyes are going to be a problem. I still ain't fuckin' with hummus though.

Notre Dame somehow pulled off a miracle by beating Pitt on Saturday afternoon and the Irish are in position to do the unthinkable with their season. The Irish had no business winning that game, as anemic quarterback play and witty play calling by the Panthers almost did Irish head coach Brian Kelly in. For whatever reason, Kelly was flip-flopping quarterbacks like Mike Brown re-inserts his Lakers stars late in the fourth quarter. As many an old wise man have said, if you play two quarterbacks, then you have no quarterbacks.

Mozzarella cheese sticks are delicious, but there's just one problem: there's no meat. Always a good choice, never the first one. 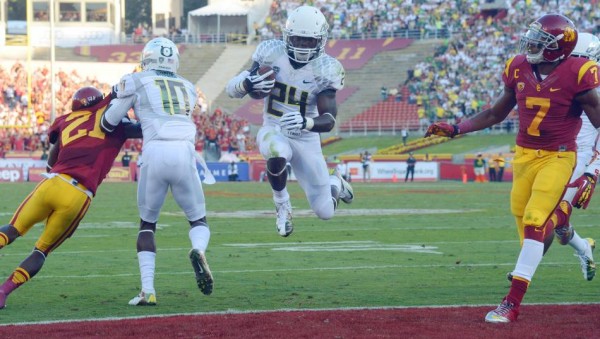 There was a point in time when onion rings would always be the first choice. Simplistic in nature, yet utterly phenomenal. Onion rings, deep fried, dipped in your choice of ranch dressing, cheese or ketchup. The slightly greasy nature of the onion ring gives the selection its character, and you can never go wrong with the choice. Kansas State is onion rings, not flashy but it gets the job done. This also describe Collin Klein, who's locked up all doubt in who will win the Heisman Trophy by the first week in November. Yet, this team ain't the 2008 Florida Gators. Good, not great offensive talent. Very good, not great defensive talent. They've got the head coach and the quarterback, but I don't know if they have enough substance to beat ...

Chips, choice of meat, salsa, sour cream and an egregious amount of cheese. All those colors on the plate never looked so good. Loaded nachos are the shit. They're easy to share, or you can mash that whole plate out by yourself if you want to be a savage. You never know which chip is going to be most delicious, and you can't stop reaching for more. That's how the Oregon Ducks are. Beautiful colors everywhere, never knowing when the next chip would be a delicious one. Points are scored in abundance, in a fashion that video games envy.

Yet, even the video game has a tendency to cheat you. That plate of nachos can cheat you too. Sometimes all that salsa, cream, cheese and meat miss a few chips. It's disappointing really, because you yearned for that specific taste one more time, a journey unfilled. Which is why there's always good ole reliable No. 1.

There's nothing like great chicken wings. It could be from my new favorite sports bar Grand Oaks, or my favorite chain Wingstop, or my mama's special variety, you know what you're getting with good chicken wings. Hot, possibly with a little kick, lots of meat and if you're feeling frisky, some good dipping sauce. Each bit virtually the same, with the slight nuance of dealing with a leg versus a wing. The leg is so simple, take a bite and enjoy. It's deliberate by nature. The wing, on the other hand, gives you the option of navigating around the bone or de-boning it. Wings are the shit.

If I wasn't starving right now, I could trick myself into thinking that I just described Alabama. A deliberately menacing and authoritative running game coupled with a passing attack that does just enough to keep you on your toes. Oh, and that defense? That's the spice. Especially if you like those super spicy or hot wings, that's the Tide. Punching you in the mouth. If someone has great chicken wings, no other selection matters on the menu. As long as Alabama continues playing Saban-ball, then they'll be eating chicken wings all the way to the Orange Bowl on January 7, 2013.