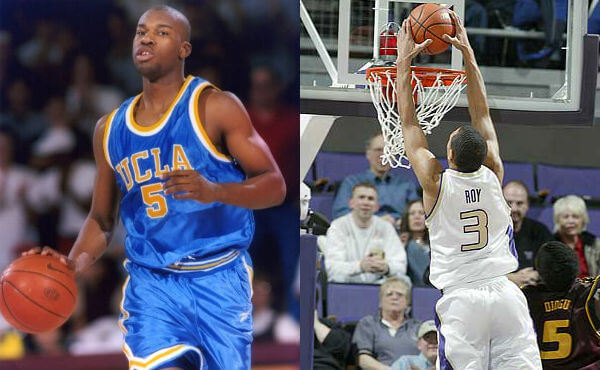 I can honestly say that I've watched college basketball with an intense focus for about the last 20+ years or so. Over that time, I've had a chance to cultivate my sincere hatred for the Duke Blue Devils, watch the Oklahoma Sooners (all hail Eduardo Najera and Hollis Price) and Oklahoma State Cowboys (all hail Big Country Reeves and Desmond Mason) waffle between points of mediocrity and seemingly unbelievable success and also become a supporter of other programs like the Cincinnati Bearcats (all hail Nick Van Exel and Kenyon Martin) and the Arizona Wildcats (all hail Damon Stoudemire and Jason Terry). This is my fandom that has been built since 1992.

Of course, that last school, the Arizona Wildcats, expands my fan bandwidth to this region of college basketball called the West Coast. Highlighted by the Pac-10 (12) conference, along with outlier programs like UNLV, Fresno State, Utah and Gonzaga bringing up the rear, staying up late past my mama's designated bedtime became something I looked forward to. Damn, that was some good basketball on during those late night hours.

And the players. Goodness gracious.

Off the top of my head, here are the players that were truly worth a damn when I was a kid, and that I would stop what I was doing to make sure I watched them hoop: Jason Kidd, Baron Davis, Damon Stoudemire, Harold Miner, Mike Bibby, Gilbert Arenas, Shareef Abdur-Rahim, Chris Herren, Eddie House, Keith Van Horn.

Every conference has high times and low times, but what's happened to the West Coast as a basketball region can leave one flummoxed beyond reason. Somehow in the last 10 years or so, arguably the most prestigious college basketball program of all-time has become virtually irrelevant, regardless of whatever recruiting/coaching/scandal news comes out about UCLA. Somehow the best program out west is located in some random outpost called "Spokane" and yet they just got beat in the NCAA tournament by the third-best college team in the state of Kansas. Arizona's still really good, but things just don't feel quite the same like they did when Lute Olsen was patrolling the sidelines. No other Pac-12 school is worth mentioning, no matter how much folks care about the fact that Oregon shouldn't be a 12-seed in this tourney.

Its a disappointing sight to see. Folks now hear about basketball teams from the west coast like they're mythical beings that the nomadic scribes on our social media timelines remind us on occasion still exists, like dinosaurs or Kenny Masenda on twitter or something.

Did something specific happen that has brought us to this moment? Did I miss the memo? Should we just think of all these teams west of the Rocky Mountains as mid-majors, thusly adjusting our expectations of once relevant programs? This is my question to you the reader....When Did West Coast Collegiate Basketball Officially Curl Up And Die?

Please feel free to discuss your thoughts in the comments section and share via social media, thanks.

9 Replies to “QOTD: When Did West Coast Collegiate Basketball Officially Curl Up And Die?”