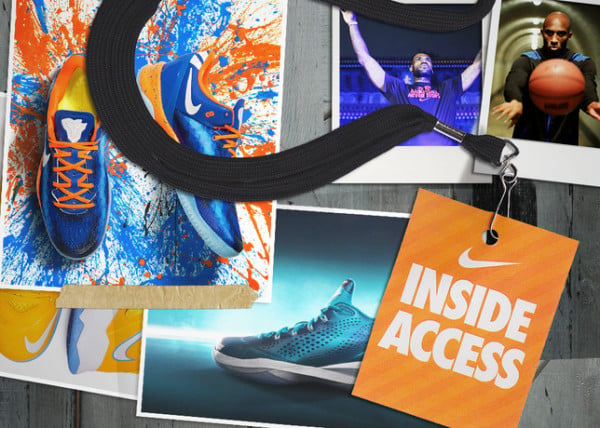 I had a debate with one of my friends who is a bonafide sneakerhead a few weeks ago. I debated that Ray Allen had arguably the best shoe deal of all-time outside of anyone named Jordan, LeBron, Iverson or Kobe. He stammered for a minute, he began to retort then stopped, then finally he just shook his head and gradually accepted this new-found fate. Ray Allen has one of the best sneaker deals of all-time not because he makes the most money from his deal, but because he can literally get any colorway of any Air Jordan ever released and get a custom "player edition" colorway to rock at any time. That, my friends, is a sweet deal.

The folks at Nike are beginning to use that type of ingenuity when it comes to some of the signature hoopers currently on the Swoosh hoops roster, as Nike recently unveiled their NikeID Player Edition Program, a season-long customization program for the pros reflecting key moments and personal stories:

2013 marks a special year for NIKEiD’s evolution in basketball with the new NIKEiD Player Exclusive Program. Nike has selected a roster of professional players that will debut NIKEiD shoes that highlight special moments during their season, with each shoe telling a story.

These athletes work with the NIKEiD team to identify key moments throughout the season that are the most meaningful, then work with the design team to create a shoe to capture that specific moment.

Each design is developed with NIKEiD Design Director Al Baik, who regularly receives insight from each athlete. Baik uses the NIKEiD builder to create a shoe that represents the player’s game, team and moment. In some cases, he even receives insight from the athlete’s family members or fans. Inspiration for upcoming designs includes team legacies, birthdays, homecomings and rivalry games.

Think of it! Now you'll be able to get those special edition Nick Young's (that should be called the Nike Air Swaggy P. BallerBucks) that he creates when he somehow figures out a way outscore Kobe Bryant in a game. Then, Kobe will unveil his own PE's that commemorates the time he puts Nick Young in his place. 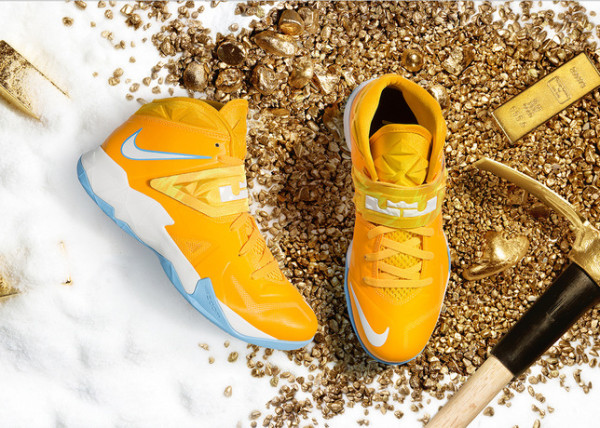 Check out the NIKEiD Player Edition online home and follow @NIKEiD for updated information on the latest shoes that show up on court and the unique story behind each design.

Here are your Wednesday links from around the internets...

Jermaine speaks, Warriors listen – and come back from down 27 to beat Toronto -- Bay Area Sports Guy

With Topsy, Apple may be gunning for Google’s Search business -- BGR

Oklahoma teens are having sex -- The Lost Ogle

Drake Is Officially a Member of Team Jordan -- Sneaker Files