Nike’s entire focus over the last couple of years has been to push the envelope in changing the standard of the team uniform. In the Nike Hyper Elite Basketball Uniform, the Nike Hyper Elite Shorts will weigh in at 14 ounces lighter than the average shorts currently worn by professional players. Nike’s DRI-Fit technology for wicking away sweat, along with Nike’s Aerographics design on the back of the uniforms, will be highlighted this summer in the UK as well.

The official Team USA shoes for the London Olympics will be newest 2012 Nike Hyperdunks. The shoe will feature Nike’s Flywire technology and a basketball-specific NIKE Lunarlon cushioning system, a foam cushioning midsole focusing on the intricacies of playing basketball on the hardwood. Players will have the opportunity to wear their own shoes if they so choose. (I’m looking at you, point guard in Chicago and center in Orlando.)

Something to think about with Team USA this summer; just by looking at these photos, it’s clear to see that Deron Williams (along with LeBron, Kobe and Durant) will be a lock for the squad. Some pundits have said that Deron isn’t a guarantee to make the 2012 squad, but he’ll probably be willing to ball out for Team USA, especially with what is shaping out to be a putrid season for the New Jersey Nets.

Thoughts on the uniforms, shoes and Team USA’s roster for the summer? Let us know. 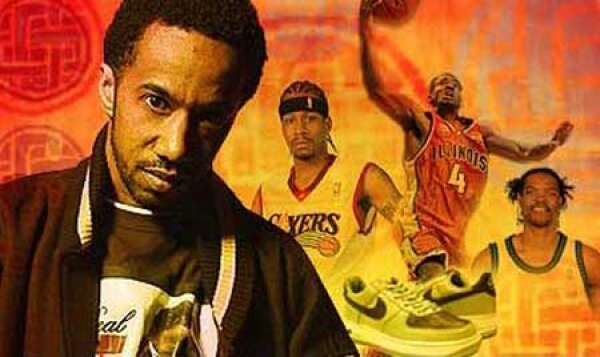