The unfiltered truth can serve as an ultimate haymaker to the chin. Once delivered, it is served raw and cold. No feelings attached. No subjectivity involved. No emotions displayed.

Nine weeks ago, my unfiltered truth was delivered in the form of stepping on the scale, the instrument that determines what weight class I belong to. At 299.6 pounds, I was officially in the heavyweight division.

Immediately after looking at the scale, I started thinking about why that number popped up on the digital display.

I wrote these issues down, thought about them and wondered what changes I needed to make in my life. Weighing almost 300 pounds scared the shit out of me, but the life I was living was an awesome one. I didn't want to change anything I was doing.

Why? Because three years ago, I was a corporate square working 60 hours a week, struggling to adjust to residing in a new city and feeling removed from everything that was familiar to me. In short, I was living a life I hated.

So, after quitting my job and refocusing my career path, I've been on a constant quest for happiness. I eventually found a job that married my interests and skill sets, I enrolled into a master's program that would help me hone my craft for digital sports media dominance and I found the right people to add into my life to make my free time as enjoyable as possible. Life was good.

However, for as great as things were, my physical health clearly wasn't.

On the first week of March, I made a goal to run 100 miles by Memorial Day weekend. An achievable goal for some, for me, this felt like one of those goals that ends with someone saying, "Shoot for the moon. Even if you miss, you'll land among the stars." (Which, as far as quotes go, is kinda weak. Why not aim for the sun? The moon's 384,000 kilometers away, which is cool... but the sun is 15 MILLION kilometers away. Aim higher bro. Besides, the moon has been landed on numerous times... aspire for Saturn or Pluto. Weak sauce.) Anyway, I looked at my Nike Running app and realized I'd only logged 80 miles running in the nearly two years I'd put the app on my phone. It didn't mean I only ran 80 miles, but clearly I wasn't doing a whole bunch of running. 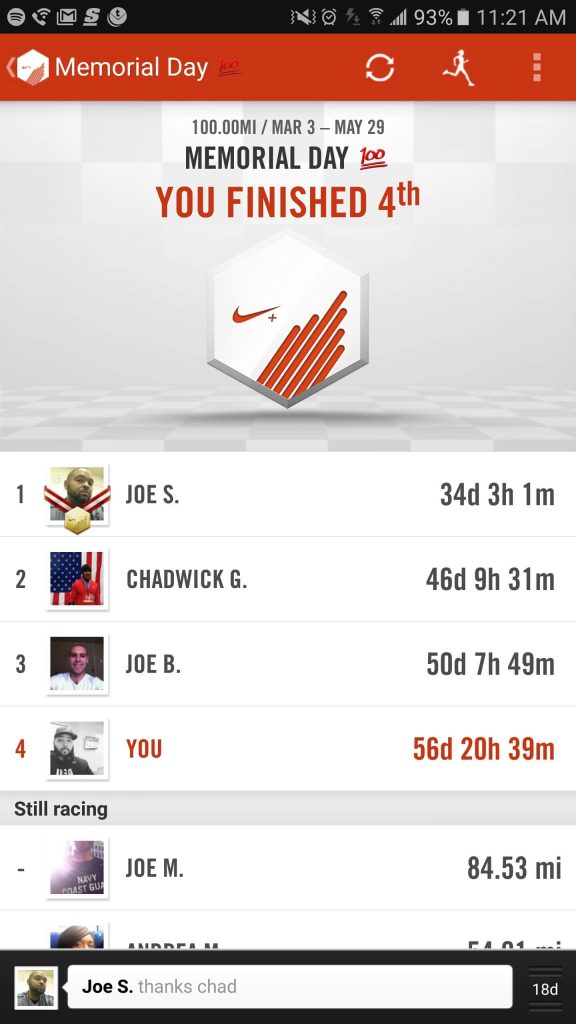 Eight weeks later, I logged my 100th mile on the app. It took me precisely 56 days to reach my goal. In that time, I've lost 22 pounds and received generally positive feedback from family and friends, like, "Dog, you been losing weight? You look good!" from my boys and "Look at you, boo! Damn, you got me ready to (signal lost) and (comments redacted) while drink pina coladas!" from my woman.

While the encouraging commentary was nice, the real turning point for me over the last two months has been the things I've learned along the way. I made a list — please read them or I'll gain my weight back tomorrow. (Joking... kinda.)

ONE: Running is gross

In the 56 days it took me to run 100 miles, I'd generally run about two to three miles at a time either on the treadmill or outside on a trail. I can remember the first time I committed to run three miles on the treadmill at 24-Hour Fitness, as my stomach began to cramp. Wait a minute, I know that feeling... maybe I can hold it for a bit. BRUH! At the 2.3-mile mark on my running app, my torso was fed up with me and flatulence was let out. Thankfully, everyone in the gym had on headphones, and these poor souls didn't hear my butt trumpet playing a tune.

I was momentarily relieved, and then the feeling came back, stronger. Somehow, I made it to three miles, and then I made a beeline to the restroom and relieved myself. (Side note: There's nothing worse than taking a number two while sweaty as hell.) The funny thing is, this happened three more times, and it was then I thought that maybe I wasn't supposed to run. After a quick Google search, I learned there's a thing called "runner's trots," which diverts blood away from the stomach, causing the cramping and pain. Eventually, I figured out that I need to drop a deuce in the morning and hydrate accordingly throughout the day, but for the first two weeks… I felt bad for the folks running behind me. (Not really, they'll be straight.)

See, I thought if I committed to running, I'd be sore in my legs because duh. Nah man, that's not how this game works. I remember after the first week of running that my nipples were incredibly sore. Initially, I didn't associate it with running, and because I'm stupid, I started thinking of any other thing to blame it on. DO I HAVE BREAST CANCER? IS THIS GYNECOMASTIA? WAS I TOO FREAKY IN THE SHEETS THE OTHER NIGHT? AM I LACTATING? Nope, not at all.

Turns out that my T-shirts were just rubbing on my nipples repeatedly and basically scrubbed all the first layers of skin above my areolas. Also, chafing is real. You will find out very quickly where friction occurs on your body once you take a hot shower, and I yelled after realizing I had a sore on my body in a place I didn't even know existed.

THREE: Running turned me into a chef

And by chef, I mean that I make some of the greatest meals of all time in my slow cooker. Everyone you talk to about losing weight and getting in shape begin and end the same way. "Well, running and working out is a good idea, but the best way to drop weight is to get your diet in order." Sigh... I don't want to diet. "Okay, how about calling it a meal plan?" Hmmm... I can do that.

I got the suggestion to start using my crock-pot to get my meals together. That turned into me hitting the Google machine and typing, "slow cooker 5 ingredients buzzfeed" because I'll be damned if Buzzfeed doesn't be making things look simple as hell. My search resulted in this. 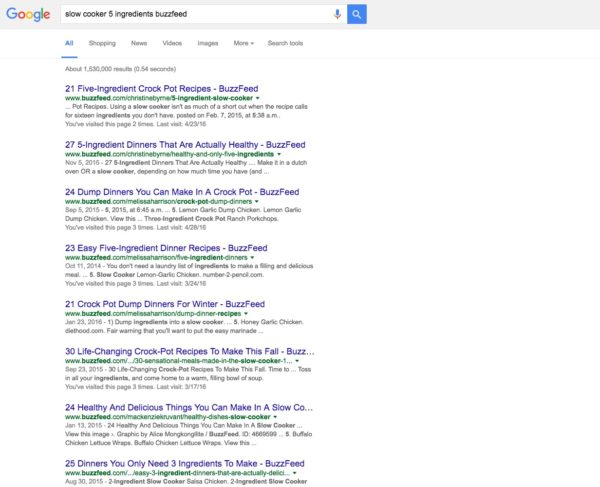 I've already made everything Wingstop-esque garlic parmesan wings. Behind the Internet and condoms, the slow cooker might be a top three all-time invention ever.

FOUR: All of my sneakers are useless

I own over 60 pairs of sneakers, all have different functionality in my life. Some are for casual use only, some are for basketball use only and others have cross-functionality. However, when it came to the act of running, I quickly learned that all of my sneakers are absolutely useless. Well except for one pair, as there were a pair of New Balance 574s that were awesome to run in. Since then, I've invested in a pair of Nike Roshes and some Jordan Eclipse trainers... but I must continue to upgrade my kicks, or else my feet will hate me.

In a few months, I will turn 33 years of age. That's not old by any means, but it's clear that my body can't do the things it used to do. About six weeks into my running quest, my knee sent me a text. Here's an abridged version of the conversation.

The thought of needing a day (or three) of rest had never crept into my brain. The thought of using a knee brace was never a consideration. The thought of taking vitamins and supplements was never meant to be for me. Like Prince, I thought I was immortal. Sadly I'm not. (Really, it's more sad that Prince isn't immortal, and you all know this.)

As of today, I'm 277 pounds. In the two months since I started running, I've come to realize that I still don't really like running all that much, but creating a routine is by far the hardest part. Now that I have created a quasi-regular routine, running isn't as hard. Also, my sleep game is so much better, mostly because I'm tired as hell after working out and lifting weights all week. Plus, I'm still quite happy. My work-school-hustle-fun balance hasn't been affected nearly as much as I thought it would be, and it's amazing how much people can be supportive once they recognize the mission you're on. For that, I'm thankful.

As for the next goal, maybe I'll write a 500- and 1,000-mile update on here. Oh, and one more for running to the sun, because screw the moon. We aim higher than that.

12 Replies to “100 Miles And Running: 5 Things I Learned When I Started Running”