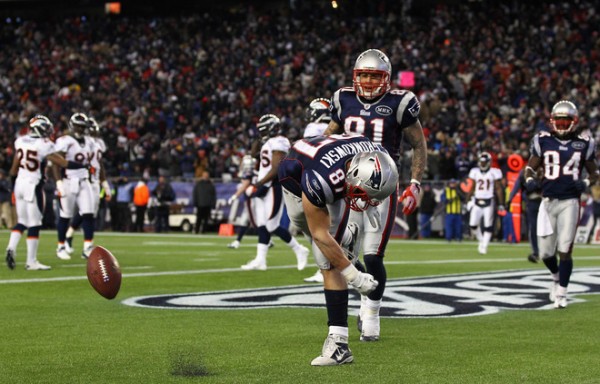 As Conference Championship Sunday looms on the horizon for NFL fans, I've had a singular thought about what will happen this weekend...

"Chad Ochocinco is going to have the game of his life, ball out...and get his team to the Super Bowl like only The Ocho could."

Okay, that might not be the only thought that's been rolling through my head for the playoffs this weekend, much less a sane one. However, it has occurred to me that there are some real legacies that could be written into the record books as each team is two wins away from their ultimate dream.

So ponder these four legacies that the Patriots, Ravens, 49ers and Giants could leave if they take their journey all the way to holding that Lombardi Trophy on February 5th. 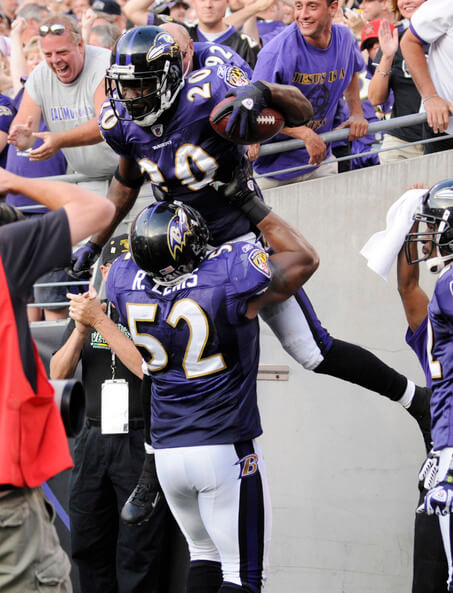 If the Patriots win Super Bowl XLIV: We will have to begin the conversation asking, "Is Tom Brady the best quarterback in NFL history?" We will also have to begin the conversation asking, "Is Bill Belicheat the best coach in NFL history?" These two questions aside, the Patriots could also be originators of using two tight ends consistently in an offense. Using 238,045 different running backs in a season will go unnoticed, but also will be appreciated in some crude fashion. This 2011-12 Patriots defense will go down as "The No-Name Defense II," but not because they were a good defense similar to the '72 Miami Dolphins (yet, went unnoticed), but more because they're just plain terrible. Oh, and Chad Javon Ochocinco Johnson will have a ring. God bless the Real United States Housewives of America.

If the Ravens win Super Bowl XLIV: Ray Lewis will officially have cemented his legacy as arguably the best middle linebacker of all-time and will vault himself into the discussion as the best defensive player ever. Winning a championship would give Ed Reed his first ring and validate his entire career as a generation of fans who, for better or worse, judge almost every significant professional athlete's career if they have actually won a championship. Joe Flacco should be given permission to punch Ed Reed in the face one time if they win the Super Bowl or, at the very least, be able to punch Trent Dilfer in the face to shed the "game-manager" label officially. Jack Harbaugh's brain and DNA will be researched to test for the "phenomenal head coach" trait as his two sons (John and Jim) will officially be the best head coach siblings ever.

If the Niners win Super Bowl XLIV: The San Francisco 49ers fan base will be allowed to give every Dallas Cowboys fan the middle finger as the Niners will now be tied with the Pittsburgh Steelers with six Super Bowl titles, compared to the Cowboys five. Moreover, with a Niners win, the franchise will be undefeated in the Super Bowl (6-0) something the Steelers cannot say. Vernon Davis will never be forgotten again in this historical class of elite tight ends, as his place will be secured. Alex Smith will have be worth every single dollar the Niners have paid him as the No. 1 pick and will have won his ring in his seventh season compared to Peyton Manning's ninth. Patrick Willis' career status and this Niners defense will now begin a similar journey that of Ray Lewis and the Ravens 2000 defense. Jack Harbaugh's brain and DNA will be researched to test for the "phenomenal head coach" trait as his two sons (John and Jim) will officially be the best head coach siblings ever.

If the Giants win Super Bowl XLIV: One question will finally be able to be answered as to whether Eli Manning is an elite quarterback or not. One other question will now need to be asked, "To win a big game, would you rather have Eli or Peyton at quarterback?" (Postseason Records: Eli is 6-3, Peyton is 9-10.) Tom Coughlin's seat should never be hot again, but he's in New York, so they'll give it a few years. The Giants will also be able to boast that they have the best trio of wide receivers in football. A Super Bowl win could also prove that building a dominant defensive line is the true secret of winning a championship.

Sidenote: Predictions don't mean anything unless you put your money behind it and, generally, I have no clue on who will win these two games. I have no real read whatsoever. In times like these, I've always decided that I'd pick the team who has the best quarterback. Of course, I then realize that my emotions want to see Ray-Ray and Vernon Davis get to the big dance. Brain says Patriots vs. Giants. Heart says Ravens vs. 49ers.

3 Replies to “Leaving A Legacy: What Winning Super Bowl XLIV Could Mean For Four Teams”