Allow me to age myself just a bit. I’ve been officially “blogging” under the pen name of Ed The Sports Fan for almost eight years. It has literally spawned a whole new career for myself, and allowed me to meet an entire network of people that I would have never met otherwise. Life is awesome because of it.

However, one of the first “signature” pieces of content I created was something called Today’s Obituaries, in which I would write a semi-satirical piece eulogizing someone who was egregiously dunked on, trucked or embarrassed on national television. You, the people, loved reading them. I, the creator, loved writing them.

I haven’t had a chance to write an obituary in a long time, but in peeling back through the archives, there are some real gems. Today, I’ve decided to share what is now the five-year anniversary of J.R. Smith’s burial of Gary Neal. Enjoy.

(This piece was originally published on Ed The Sports Fan on December 16th, 2010)

Gary Neal, 26, passed away on December 16th, 2010. He was born on October 3rd, 1984 in Aberdeen, Maryland. After doing a bid at LaSalle and Towson in the college ranks, Mr. Neal took his talents overseas to develop his game in countries like Turkey, Spain, and Italy. Finally, this summer R.C. Buford and San Antonio Spurs recognized his talents and signed the combo guard to a three-year deal, thus making his basketball dreams an ultimate reality. Sadly, that ultimate reality all came crashing down in one fell swoop when the 26-year old was bamboozled and hoodwinked by a man with a lot of random ink on his body, a horrible haircut on the top of his head, and a vertical of 40-plus inches.

With just five seconds left in the first quarter and Carmelo Anthony on the bench, Earl Smith III aka J.R. Smith was instructed by Coach George Karl to lead the offense for a final shot. Now, we’ve all seen J.R. Smith on many occasions, and on this particular one he did what we all have become accustomed of seeing from Smith… discombobulated and out-of-control. The sad truth is that J.R.’s always had world-class talent, and last night he decided to flash it.

J.R. got a running start up the court and got four dribbles off, then crossed the drawls off of Ime Udoka at the three-point line, then took two steps and elevated from the dotted free throw line. Gary Neal saw this play happening in front of him, and as most young players do, he wanted to prove to coach he could play the game. This was not one of the appropriate times to do such a thing… as he tried to take the charge.

Gary Neal officially passed away when J.R. Smith decided to start doing the Hulkamaniac poses and calls to the crowd, and Kevin Harlan screamed to the high heavens “RIDE ‘EM COWBOY” as no human spirit would withstand such an embarrassment.

A scholarship foundation has been created in honor of Gary Neal, called the “Don’t take dumb charges when danger awaits like Steve Nash did back in ’09” foundation to help players not do dumb things like this. 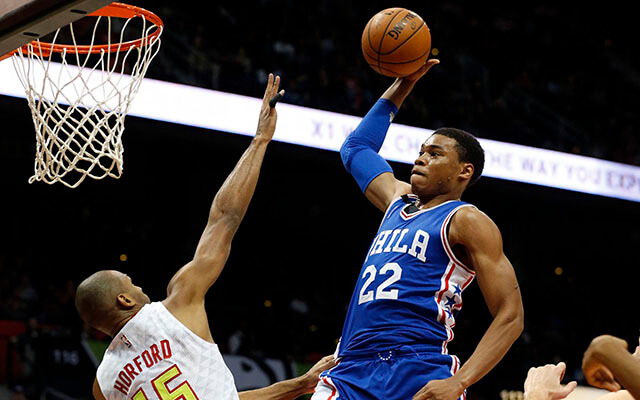 Basketball Ready for Lift Off: Al Horford Meets Richaun Holme…
Basketball Draymond Green Is The Heartbeat Of The NBA’s…
0