Ed’s Note: This is an evolution of the Starting Lineups. The feeling here is, “less is more.” Plus, you deserve quality reading in your life. So support good words and get a good read in the process.

The Basketball Jones’ Seth Rosenthal on Jay-Z, LeBron and D-Wade Possibly Being Nets In 2010: Dwyane Wade, like the rest of that summer’s free agent class, met with a number of teams before settling back in Miami to form the “super team” we now know and fear. There were flirtations, though, and when Wade was asked before the Nets-Heat game last week to reflect on his dalliance with the then-New Jersey Nets in 2010, he had the following to say: “Dwyane Wade’s biggest take away from his 2010 free-agent meeting with the Nets: ‘Jay-Z wasn’t there. He was there for LeBron.’” That’s it. Jay-Z wasn’t there. He had other stuff going on, as it happened. Now, Dwyane is and was an adult, and we can assume that the mere presence of one of his favorite rappers/NBA minority owners wouldn’t have been enough to sway him. Little things can make a difference, though, and given the rippling nature of that free agent market, one wonders how a single minute difference could have caused a chain reaction that would have altered the course of NBA history. It’s like “The Butterfly Effect,” but with slightly less dog murder.

Yahoo! Sports’ Kevin Iole on lightweight champion Adrien Broner and speaking in third-person: Give this to Adrien Broner: The man doesn’t think small. The unbeaten former super featherweight champion doesn’t want to simply become known as the greatest fighter ever from Cincinnati, where he was born and raised, and still lives. He’s got much loftier goals than that. “Adrien Broner not only wants to be the best from Cincinnati, but the best boxer ever to lace up a pair of boxing gloves,” Broner said. “That’s the conversation I want my name in.” Just becoming the greatest from Cincinnati is going to be a massive accomplishment for the brash 23-year-old, who meets Antonio DeMarco on Saturday in Atlantic City, N.J., for the WBC lightweight belt in a bout televised nationally by HBO. The finest boxer ever from Cincinnati is probably former heavyweight champion Ezzard Charles, who is regarded by many respected boxing historians as the top light heavyweight ever even though he never held a 175-pound title. If it’s not Charles, though, then it has to be the legendary Aaron Pryor. Pryor fought in what was probably boxing’s last golden age, from the mid-1970s through the mid-1980s, and amassed a 39-1 mark with 35 knockouts. More significantly, Sugar Ray Leonard, Thomas Hearns and Roberto Duran – probably three of the 50 greatest fighters who ever lived – never fought him. Leonard has been highly criticized for assiduously avoiding a fight with Pryor during his illustrious career. There have been a couple of other great Cincinnati-bred fighters, including Depression-era featherweight Freddie Miller and bantamweight Tim Austin, a 1992 American Olympian. Broner has much to do if he is to catch them, let alone force his name into any kind of all-time debate.

The Verge’s Sam Byford On Halo Doing $220 million in one day of sales: Microsoft has released launch figures for Halo 4, and it’s safe to say the company is happy with its performance so far. The latest entry in the flagship Xbox franchise made $220 million worldwide in its first 24 hours on sale, with US figures beating the all-time day one box office record set by Harry Potter and the Deathly Hallows: Part 2. Calling this the “biggest entertainment launch of the year,” Microsoft expects total sales in the first week to top $300 million.

LA Times’ Baxter Holmes on the Free Shabazz Muhammad Movement In UCLA: As of Monday, UCLA had not filed a formal appeal to the NCAA regarding its decision to declare freshman Shabazz Muhammad ineligible, a school official confirmed. Instead, the school is formulating its next move while awaiting what the NCAA ultimately decides regarding the highly touted 6-foot-6 swingman’s immediate future — and the NCAA’s decision could be announced as early as this week, according to people close to the situation who are not authorized to speak publicly. The Times reported Saturday that Muhammad could miss 10 basketball games before he is cleared to compete for the Bruins, according to guidelines the NCAA uses to establish eligibility. That figure is based on The Times’ understanding of the alleged violations the NCAA cited in its decision. Still, the number of games Muhammad might miss could change if the NCAA finds mitigating or aggravating factors as it continues to examine the case before making any additional ruling. In its statement Friday, the NCAA indicated that it had uncovered a violation of its amateurism rules after a lengthy investigation, noting that, in addition to other pending issues, Muhammad accepted travel and lodging during three unofficial visits to two schools. The schools are Duke and North Carolina.

Basketball The 5 Reasons The Memphis Grizzlies Should Scare E… 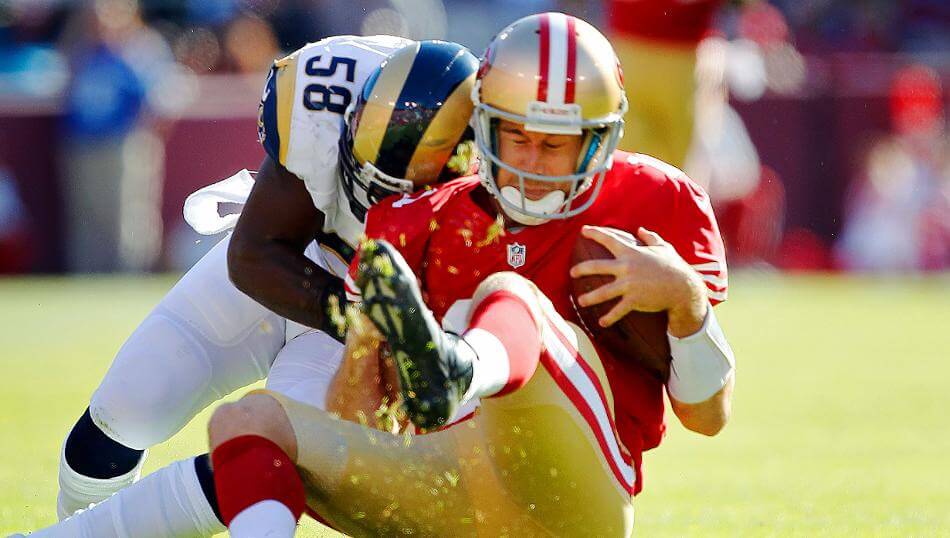