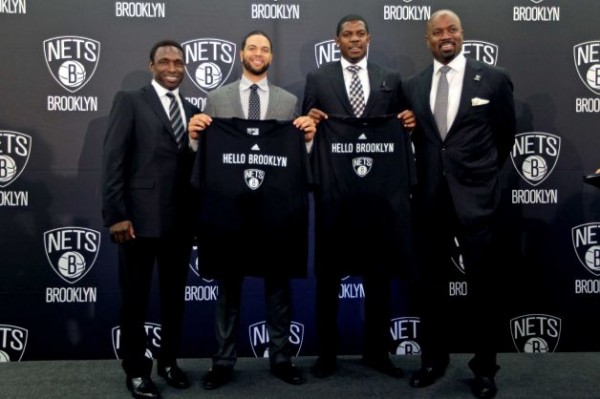 I was reading an article by Sam Gardner from Fox Sports about the tug-of-war that is about to take place with NYC basketball fans with their longstanding hometown New York Knicks and the new imports from New Jersey in the Brooklyn Nets. In the piece, Gardner points out that The Big Russian (Mikhail Prokhorov) has assembled arguably the best backcourt in the NBA in re-signed point god Deron Williams and recently acquired via trade isolation extraordinaire shooting guard of Joe Johnson.

I literally stopped reading the article.

What? When did the Nets assemble the best backcourt in the NBA? How? Who in the hell do Prokhorov and Jay-Z think they are? What is this?

*taps on the table*

There is no arguably. The Brooklyn Nets have the best backcourt duo in basketball. At least on paper and off of past accomplishments. How will these two look on the court? Who knows. I think people have genuinely forgotten how good Deron Williams is. Kenny will quickly tell you that Deron is the best point guard in the NBA, and this will be the finest collection of talent Deron's played with since he was hooping in Champaign. Joe Johnson? He's probably the bigger wildcard here, as isolations have been his forte since he touched base in the ATL. It's hard to blame him for changing his game in such a way. Who in the hell else was going to be able to get him open for a quality shot?

I'll give you three possibles. 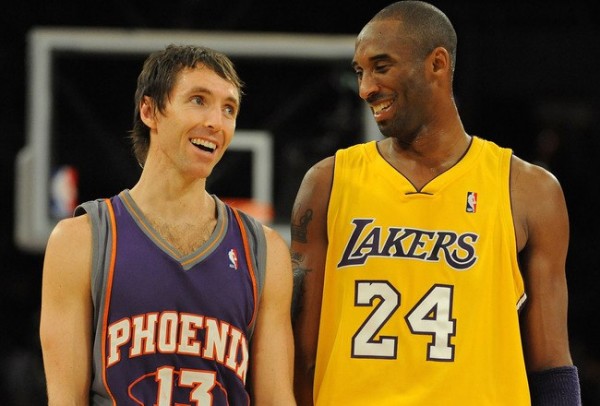 There are still some that are unwilling to give the "Point God" crown to anyone else besides Steve Nash until he retires. Now he joins up with Kobe Bryant to complete the ultimate yin and yang backcourt ever. Will the ultimate distributor comply with The Kobe System? One point here, Nash and Bean's combined age? 71. (72 in a month when Kobe turns 34 ... senior discount at Denny's, anybody?) Can they keep up with the young guns? Can Nash even defend a lawn chair anymore? Did Kobe ever get that underbite fixed? Whoops ... didn't mean to type that. Moving on.

An All-NBA second teamer and the reigning Sixth Man of the Year on the same squad is nothing to scoff at. If this backcourt is good enough to represent the USA in the 2012 Olympics, then they've got to be the best backcourt in the league, right? As much of a homer as I am to #ThunderUp, #0appreciation and #FearTheBeard, these dudes are only a combined 45 years old. I know age isn't really a factor in this debate, but comparing these two to the Lake Show's backcourt is fascinating. Westbrook is quite possible the king of "making stuff happen" (h/t to Ziller) but still has a ton of room to grow as a point guard. Harden, well the man doesn't even start, so does OKC fail to even qualify for this discussion?

This duo's won a combined three rings together in San Antonio, and although Ginobili shifts from the bench to the starting lineup like Rihanna switches up on cuddle buddies (Hi ,Rihanna) they've become the gold standard in winning. Parker's evolution from just being a speed demon to an all-around stud has been astounding. Ginobili's sneaky brilliance has been underappreciated for far too long. There's really nothing these two can't do, but the only knock is that from a size and athleticism standpoint they lack in ways the other three do not.

So what's the answer to the question of the day? Who's got the best backcourt duo in the league? Let the debate begin in the comments section.

13 Replies to “Question Of The Day: Who Has The Best Backcourt In The NBA?”