On Tuesday morning, the greatest video game basketball franchise of all-time announced that that NBA 2K will feature the league’s most important player since Michael Jordan on the cover of the NBA 2K19 20th Anniversary Edition. The iconic cover features LeBron James next to artwork and messaging chosen by the man who has ‘three-time NBA champion’ and ‘four-time MVP’ on his GotPrint business cards.

You’ve probably heard or seen each of the phrases in relation to James in the past: Strive for Greatness. Driven. Equality.

For LeBron, being on the cover of the 20th edition of 2K is wild, especially since he’s been playing the game since its first iteration back on November 10, 1999. He’s grown up with the game as much as we’ve grown up with him and the game.

“It’s humbling to be on the 20th anniversary cover of a game I’ve played and loved since I was a little kid. We were able to do something really unique for the cover that represents everything that drives me and inspires me – from my family to where I come from and words I live by. I’m honored my journey can be part of this special time in 2K history and I’m excited for fans to see it.” — LeBron James

Here in The Sports Fan Journal e-offices, we marveled at the trailer just like the rest of the world. Here’s our immediate reactions to witnessing the promo, as the announcement includes 2 Chainz, Rapsody and Jerreau performing a spoken word tribute to The King’s legacy alongside footage of iconic moments throughout his career.

“How could they have known that we’d be seeing HD shots of a Sega Dreamcast in the Lord’s year of Two Thousand Eighteen?” — Phillip Barnett

“Can we call 2 Chainz by his birth rap name, Tity Boi?” — Jason Clinkscales

“The video does a great job of showing the inherent links between hip hop and basketball. Fitting that it drops in June, black music month.” — Lawrence Ware

“The mind-boggling thing about 2K and LeBron is how in lockstep they’ve been both on and off the court. Both have been absolute models of consistency and high-level mastery that every year they just keep topping themselves. (And yes I will be there on release day … and graduation….)” — Brandon Caldwell

“It’s an ode to the definitive player of the 2K era and the culture he’s at the heart of. It’s everything that Bron’s career has been, summed up in tempting two minute rap backed packaging. It also will force those dedicated against him and his every step to bend the knee, as nobody can resist a 2K drop. Bravo…and also take my money, please.” — Matt Whitener

“Someone asked what jersey would he be wearing on the cover the other day. I laughed.” — Jason Clinkscales

“It’s kind of surreal that two/thirds of my life have been spent playing this game and half of it watching LeBron play, and I’m betting that I won’t see either of these things ending soon.” — Esau Howard

“Ha! Let me find out 2 Chainz is trying to win a Def Poetry Slam in this NBA 2K commercial. He saw Common in all these Microsoft commercials and was like ‘Bet. Watch this.'” — Dan Runcie 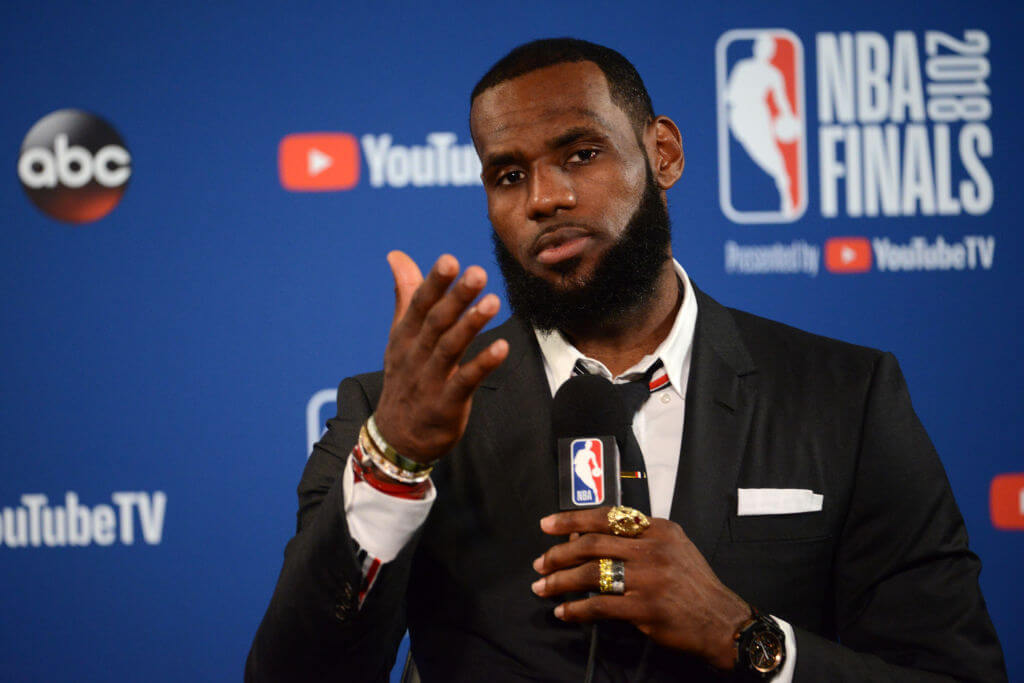