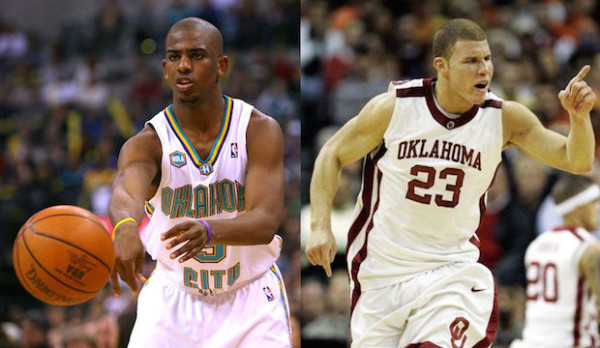 I remember just graduating from Langston University in May of 2005, walking across that stage with a sense of pride and achievement. With my family by my side and a future seemingly bright and for the taking, I knew that anything was possible. However, more importantly, I knew that I could solve one problem that plagued many a college student while matriculating through the hallowed halls.

I would no longer be broke anymore. (Or at least so I thought at the time.)

I got a good job out of school working in finance, got me a place to live in Oklahoma City, and finally got a whip deserving of a 22-year-old fresh out of school with money in his pocket and chicks that needed his attention. Life was progressing as planned.

However, with the unfortunate news coming out of New Orleans that the beloved Hornets would not be able to play in their arena following the aftermath of Hurricane Katrina crashing into the Gulf Coast, those in higher power deemed it possible for the Hornets to play their upcoming 2005-06 season in Oklahoma City. For me, this only meant one thing …

I would be a season ticket holder.

So there I was, in section 125 of what Oklahoma City Thunder fans affectionately call Chesapeake Energy Arena (formerly Ford Center) as a 16-game season ticket holder, witnessing only the second NBA game in my life, with a large amount of Oklahomans who were also witnessing the NBA game for the first time in their lives, and I realized the treat that I had before my very eyes. Chris Paul.

Seeing Chris Paul wearing an "Oklahoma City" jersey brought out something in me as a fan I'd never experienced. Sure, I loved my Oklahoma Sooners, but while having a cheering interest for a college sports team can be an exhilarating thing, there's nothing like having an emerging superstar repping the crib on a national stage.

I always say this about Oklahoma, it has a special place in my heart. It’s where I won Rookie of the Year, played my first two years, where I started becoming a professional. But once they roll the ball out there, it’s basketball. -- Chris Paul, on what it was like beginning his career in Oklahoma

I had become a fan of the Oklahoma City Hornets. Chris Paul, with the Ric Flair "WOOOOOOOOO" playing on repeat in the arena whenever the soon-to-be point god made a great play, was officially my guy.

I moved to Cincinnati in December 2006 after spending my entire life in Oklahoma. While I was excited to move to a new region in the country and escape the only state I'd ever known for 22-plus years, I wasn't prepared for the call and response that would occur when people would ask about where I'm from.

Random Cincinnatian: So, where did you move here from?

Random Cincinnatian: Wow. Well, I've never met anyone from Oklahoma before. The only thing I know about Oklahoma is (Sooners/Cowboys college sports, Indians, the country, there's a lot of white people) and that's it.

Ed: Yep. (a blank stare comes over my face, not sure how to respond)

Over the course of time, I would always allow this to be a conversation starter, depending on whom I would talk to, but most of the time conversations would lean towards sports. In 2007, a young kid who was homegrown in the state of Oklahoma grew into a force of nature that the world would begin to know as Blake Griffin.

There's that feeling in your gut that you have when you know that something won't last forever.

Chris Paul wasn't my guy anymore. It was a good relationship that couldn't last because distance became a real issue. Anyone who's tried to be in a long-distance relationship can relate to this.

Similarly, when Blake Griffin's national profile rose and rose and rose, it became clear that Blake would end up as the No. 1 pick in the 2009 NBA Draft. The Oklahoma City Thunder at the time were stockpiling assets, as Kevin Durant and Russell Westbrook were the building blocks of a solid foundation. The lottery took place and the Thunder got lucky, but they were not the luckiest of them all. The Thunder got the No. 3 pick (who would end up being James Harden) while the Los Angeles Clippers would (once again) receive the No. 1 pick.

Blake Griffin would become another Oklahoma export to leave the Sooner state, kind of like me, but now this one would now be slightly tougher to root for.

Seeing the Los Angeles Clippers in present day 2014 could be what any basketball fan would dream to have for his or her favorite team. They acquired a consummate leader and professional in Chris Paul, a guy who for the last five years has been the consensus best player at his position in the NBA. Their draft pick of five years ago, Blake Griffin, is now arguably the third-best player in the NBA. The man is the most dominant player in the league at scoring near the rim (surpassing LeBron James this season), and he regularly provides an absurd highlight every few games.

The Oklahoma City Thunder are Oklahoma's team (thanks to the bad business dealings of Howard Schultz, sorry Seattle fans) now. They're the lifeblood of professional basketball fandom that reaches from Lawton to Tulsa and anywhere in between. To Thunder Up is a real thing, and I own a doll my mother got me named Rumble. Why? Because TTFU, that's why.

So Chris Paul and Blake Griffin are now the enemy. CP3 and Russell Westbrook are so diametrically different that it's awe-inspiring and aneurysm-inducing at the same time. Blake Griffin is slowly lurching up on Kevin Durant in the hierarchy of best players in the NBA, even if KD has a MVP. The Clippers are an imminent threat to the Thunder's chance at reclaiming the Western Conference throne from the San Antonio Spurs.

I'll always love CP3 and Blake, but sometimes the best love is tough love. This is the way it has to be.

4 Replies to “Homecoming: On Chris Paul And Blake Griffin's Return To Oklahoma”