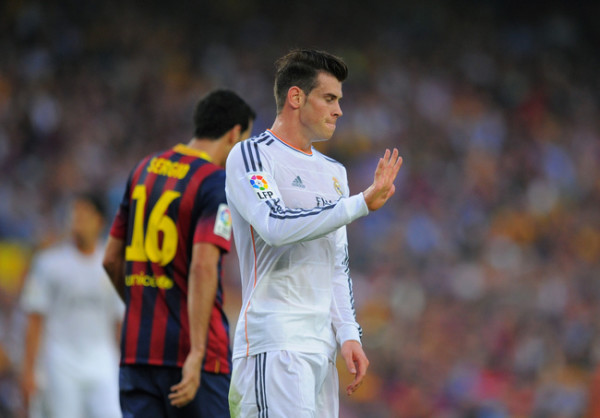 You ever hear folks make the statement, "well, he's earned his money tonight" when talking about someone's performance? That statement can now be said about Gareth Bale as the man ran the length of the pitch, sprinted around the Barcelona defender by going out of bounds and then executed a clinical finish to give Real Madrid a 2-1 lead in the Copa Del Rey final.

Witness the absurdity and disrespect dished out by Bale here. He didn't have to do ole buddy like that.

Bale's goal with just five minutes remaining in the match would end up being the difference, as Los Blancos chance of getting the treble is still in tact for this year's campaign.