(Editor’s Note: Full disclosure, I am an employee of Fox Sports working on the UFC on FOX digital media team.)

Watching Conor McGregor go into full promo WWF Attitude Era mode on Floyd Mayweather during the Mayweather-McGregor World Tour (presented by Showtime) has been like watching one of Khaleesi’s dragons light fire on unsuspecting peons. We all knew that at some point, McGregor would be unleashed onto the general public, we just weren’t sure what it would look like. What we got in return was…well, a dragon lighting shit on fire.

There’s no other way to say it. @FloydMayweather​ got absolutely roasted by @thenotoriousMMA​. #FIGHTINGWORDS pic.twitter.com/rCwD1gPBum

Watching Mayweather go into his bag of tricks, literally, to play a game of show-and-tell tickled me with delight. Lord, when I tell you how excited I was when he had his flunky bring him his designer backpack, I just knew it was about to be something incredible. Floyd didn’t disappoint.

From Conor’s suit to Floyd’s pops crashing Conor’s presser to Dana White doing Dana White things, this is not the time to put on our serious “boxing is a PURE sport” hat. Nor is this a time to put on the “Uhhh, what’s going to happen to mixed martial arts after this?” hat either.

This spectacle that will last until the end of August is for your entertainment only. Should you choose to give your time and energy to the four-day world tour and the finale in Las Vegas (which will cost you $100 in HD) then don’t feel guilty, be happy.

Imagine taking Mayweather-McGregor seriously instead of as the gilded insanity that it is. Imagine being that boring!

I give you these words as encouragement to enjoy it for what it is instead of what it isn’t. If Rocky vs. Thunderlips (from Rocky III) happened in my city of residence or on my television, I would’ve watched that too. Moreover, if you feel that everything about this extravaganza is everything that’s wrong with the world, then that’s fine too. Just change the channel, stay off of Twitter and don’t talk to me until August 27, 2017.

Now if you’ll excuse me, I’m getting my popcorn ready for all the tomfoolery and hijinks that I know Floyd and Conor will continue to bless me with.

“Well, this match is pretty much a no brainer. Conor McGregor could be a great striker, but he simple doesn’t have the force to knock out Mayweather and it’s even more doubtful he’ll go for 12 rounds. There are so many factors against McGregor that it wouldn’t be strange at all it ends in a bloodbath, which is kind of what’s expected. The latest boxing odds for Mayweather vs McGregor clearly favors Floyd, which stands at -740. Honestly, it’s doubtful we will see a surprise from “The Notorious” one. And I don’t think the boxing odds will change much once August comes around.” says David Strauss, line manager at MyBookie Online Sportsbook.

The Floyd Mayweather vs. Conor McGregor World Tour Is For Your Entertainment Only 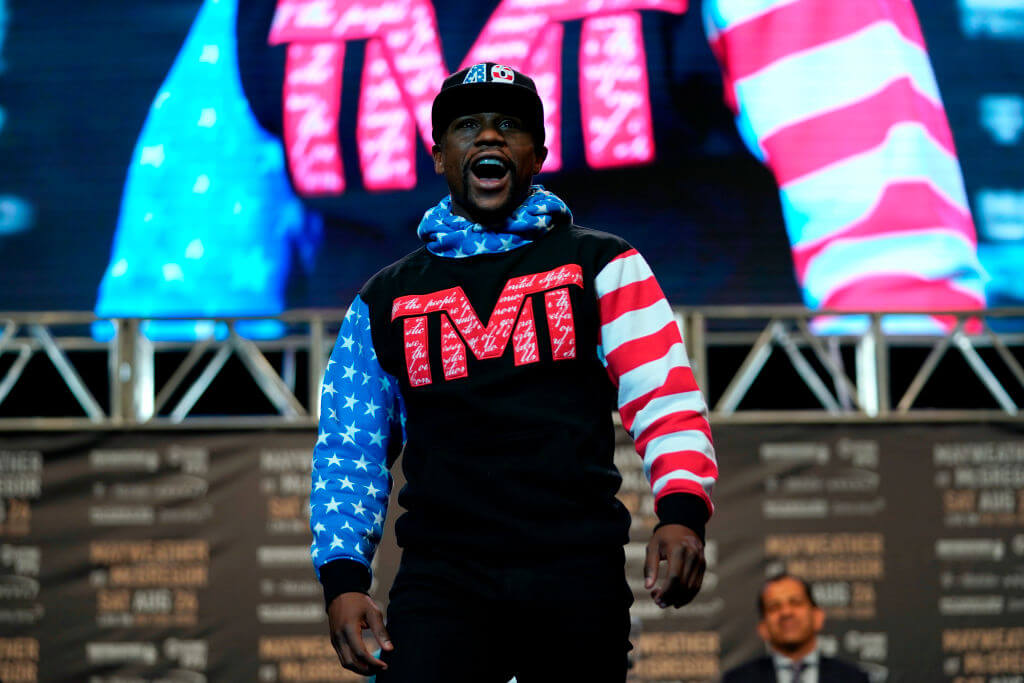 Boxing What If Floyd Mayweather Loses?
Basketball Enes Kanter Shares His Story On His Revoked Passpo…
0