The Oklahoma Sooners were positioned as a 3-seed in the 2015 Men's NCAA tournament this year, and I couldn't be prouder. 99.9% of the people who read this article could not name more than one person on the roster before their two big wins during the opening rounds of the tourney. Lon Kruger has done an excellent job of coaching up players like Buddy Hield and TaShawn Thomas, and this rag-tag bunch now has a conceivable chance to make it all the way to a Final Four. In short, the program is relevant again.

While the old men in my family preached the gospel of legends like Wayman Tisdale and Stacey King, and I had the privilege to appreciate the greatness of Hollis Price and Blake Griffin, there's one player who captivated my imagination like none other. His first name was the same as mine, and that's really all I needed to pay attention to him.

For you young bucks who have no idea who Eduardo Najera is, well ... shame on you. In short, Najera was the first Mexican to be selected in the NBA Draft. (Horacio Llamas was the first Mexican to play in the NBA.) While Najera played 12 seasons in the league, Eduardo Najera's legend was built at Oklahoma, and my love for college basketball grew along with his tenure in Norman. 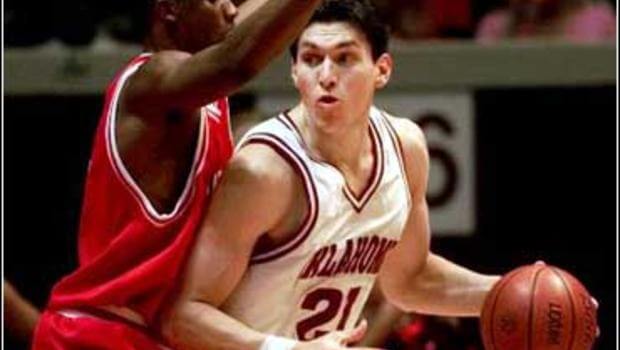 Here's the thing about Najera. Every time I watched the young man play basketball I was always surprised. Not from a standpoint of, "Oh, look at this big Mexican dude; he can't ball" view. Rather, look at this 6'8" and 230-pound dude move! Look at Najera, he's yelling spanish gibberish at people after dunking! Chest bumping with tiny guys like Tim Heskett and Hollis Price. Constantly giving menacing stares back to head coach Kelvin Sampson. Najera was out of control, a Tasmanian devil in an antique shop, and I was here for all of it.

I remember hearing that Najera was from Chihuahua, Mexico, and I always chuckled. Why? Because I was an immature teenager, that's why. Najera matriculated to San Antonio to improve his English and acclimate himself to America hoops, and eventually signed on with Sampson and Oklahoma. At Oklahoma, Najera was the driving force behind four consecutive NCAA Tournament appearances for the Sooners and was named Third Team All-American during his senior season in 2000. However, his biggest accomplishment was simply making the Sooners watchable.

Before Sampson, Billy Tubbs kept OU in the higher rungs of college basketball. Tubbs had star players like Tisdale, King, Mookie Blaylock and Harvey Grant always in the rotation. Moreover, OU's teams in that era were fun and loose, with a fast-paced offense flanked by athletes all around the court.

Sampson, on the other hand, played some of the slowest basketball known to man. Each possession seemed to take the full 35 seconds, and although the teams were usually exceptional defensively and on the glass, the score of the game would resemble an average game between Oklahoma and Baylor on the football field in today's time. Najera changed that, as he injected life into a listless offense with his ability to shoot, pass and finish at the rim. His energy for defense and rebounding leapt off the screen. Also, his name was Eduardo.

Then the upset special came against that loaded '99 Arizona squad with Jason Terry and Richard Jefferson.

A couple of things:

Watching Oklahoma scrap and claw its way through Albany and Dayton in the opening rounds of the tournament got my blood boiling in usual ways as my fandom can't help but come out in times like this. The goosebumps. The nerves. The feels. The stress. All of it. Then I remembered how I got to this place, and I remembered Najera. My namesake. My guy. My spirit animal.

3 Replies to “When Eduardo Najera Became My Spirit Animal”