There are some people who can dunk, and then there are dunkers. Doug Anderson is a real man who came to the 2013 State Farm College Slam Dunk Contest with some simple intentions. I’m gonna dunk this basketball, real real hard. I’m gonna jump real real high. I’m going to do dunks that I could do in a real real game. I’m going to put on a real real nice show for you ladies and gentlemen tonight.

I’m pretty sure that Anderson said all of this to the people in attendance, but I can’t prove it.

Anyway, the University of Detroit forward did a real favor for all you dunkers out there that think you really want to enter a slam dunk contest. You see, people can dunk over cars, kids and basketball racks all they want to, and that’s cool. You can try and do all these dunks where you need a partner to facilitate a dunk for you, and that’s cool. But in reality, if you want to win a dunk contest, you only need four things.

1. The ability to jump real high.

2. The ability to dunk with authority.

3. The ability to comprehend what dunks you are capable of doing and not doing.

4. The ability to give a damn.

That’s it. That’s the blueprint. You follow it, and you can receive all the glory that being a real slam dunk champion deserves. That’s why the NBA Slam Dunk champion hasn’t been anyone worth a damn since Vince Carter. Watch Mr. Anderson’s four dunks in the highlight below, especially that last one (which is insane), and realize that some of you all just ain’t cut out for this dunk life. 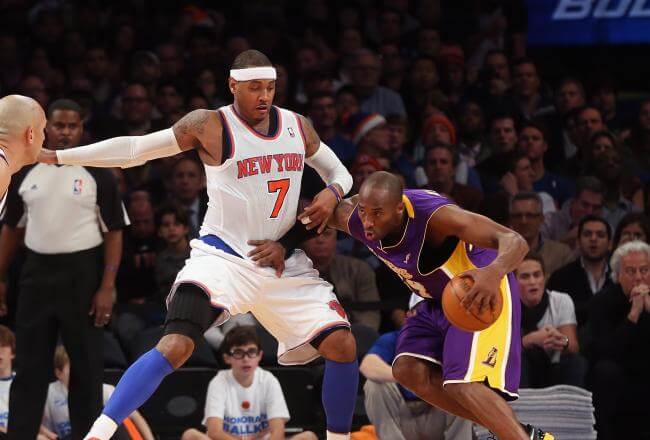 Basketball QOTD: Who’s Your Candidate for 3rd Place In …