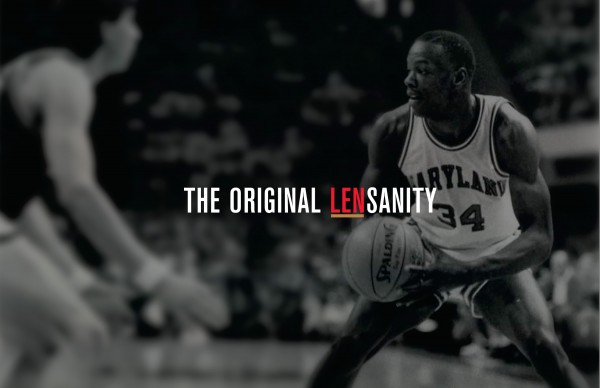 26 years ago today, Len Bias was drafted by the Boston Celtics in the first round of the 1986 NBA Draft.

The Celtics were going to continue their franchise reloading ways. With Larry Bird, Kevin McHale and Robert Parish’s eventual evolution into dinosaurs about to take place, the opportunity to bring on Bias to the squad was going to be a Celtics’ fans dream come true.

Then, tragedy struck. You know the story. Well, unless you’re a young’n, then go watch the 30 for 30.

Former Cincinnati native, current D.C. clothing visionary Boblava and the good folks over at DefyDC have decided to put on for “The Big L of basketball” with a dope line of tees and tanks that reclaims the “Len” for the former Maryland Terrapin and puts on for the legacy of Bias.

The shirts are available for pre-order on the site right now store.defydc.com, and they will be donating a portion of the proceeds to charity. The shirts will ship out starting on June 19 for $28-$30. Good looks on being sure to give back to the cause; check out the photos below as I try to talk Bob into sending me the black Lensanity tee in a 2XL.