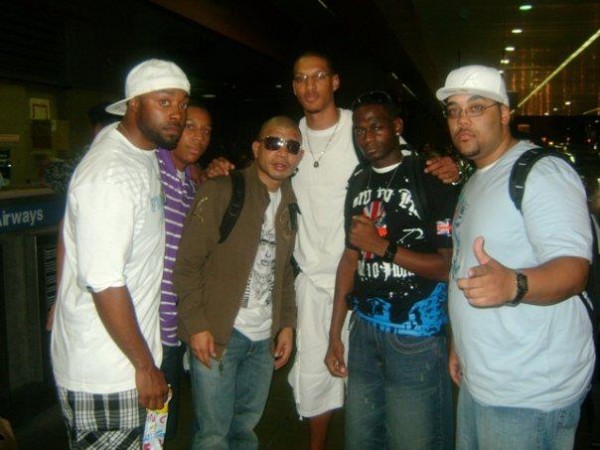 The photo you see above is during my 25th birthday extravaganza in Las Vegas back in 2008. There were plenty of memorable moments that took place in Sin City, from seeing the 2008 Redeem Team play before heading to the Olympics, to having Gabrielle Union blow a kiss at me during Dwyane Wade's party at the Wynn, to going dumb on the monorail while on our way to get some food. Those are the few stories that I'm allowed to tell you. However, the most memorable moment was being able to meet Miguel Cotto after his first fight with Antonio Margarito.

If you're a boxing fan then you know the story, but if you don't then I'll quickly refresh you. Cotto and Margarito first rumbled on July 28, 2008. In that fight, Cotto fought valiantly but was TKO'd by Margarito in round 11. Later on in the year in a fight versus Shane Mosley, Margarito was found to have been using plaster paris on the wrapping on his hands, effectively turning his hands to bricks once enough moisture accumulated inside the gloves. Many people viewed Margarito's win over Cotto a tainted one, most notably Miguel Cotto and yours truly.

We all know how those fights ended too. Cotto lost in 12 rounds via TKO to Pacquiao, and then lost in 12 rounds via unanimous decision to Mayweather. Cotto was simply outclassed by two fighters who will go down in the history books as all-time greats. Cotto performed admirably and garnered even more respect than he ever had by fighting two champions as well as he did. Nothing to be ashamed of in losing like Cotto did.

Prior to the Mayweather fight, Cotto got his revenge fight with with Margarito. Thoroughly motivated, with vengeance on his mind, Cotto dismantled Margarito and made the Mexican pugilist eat punches to repay him for what happened years prior. It was impressive to see one man do so much, and me being one of his biggest fans, made me proud of what he'd accomplished.

Three huge fights. Huge motivation on Cotto's shoulders for all three. Cotto had climbed his mountaintop. He fought the best, he'd beat some of the best and lost to the legends.

So who or what is an Austin Trout, and why did Cotto get lambasted by this gentlemen no one outside of the boxing nerds had ever heard of before? 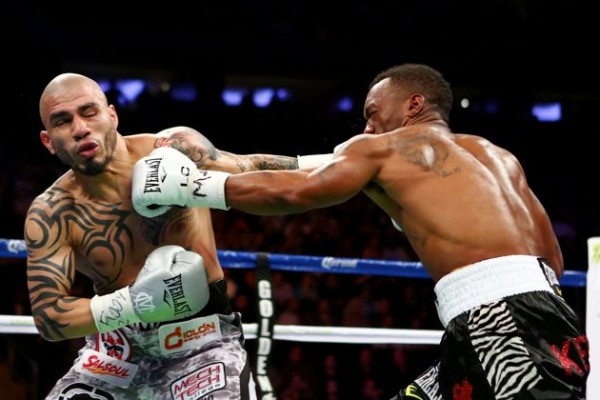 I say that meaning no disrespect. I had heard of Trout before, and I knew he was pretty good. In my heart, I figured Cotto would do work, beat the current 154-pound WBA champion, and continue a new journey owning a new weight class. But Austin Trout doesn't mean anything to anybody. I doubt owning the 154-pound weight class means anything to Cotto. Sure, Canelo Alvarez has a belt in the division, and Floyd does too, but I imagine fighting a young lion like Canelo isn't an attractive match-up for the Cotto camp, and a rematch with Floyd is something no one wants to see.

So, what happened on Saturday night told me one thing. It's time for Miguel Cotto to hang his gloves up and walk off into the sunset.

If there's nothing out there that's going to properly motivate you, then there's no reason to go out there and half-ass it during a boxing match. Cotto lacked ambition versus a fighter that was hungrier than him, and Cotto stated publicly that he's not willing to die in the ring, which I find no fault in him saying. However, if you aren't willing to put it all on the line, then there's no point in you going out there and getting embarrassed on national television.

Who knows, maybe getting embarrassed on national television is the type of motivation Cotto needs, but honestly I doubt it. If there is no motivation, then it's time for Cotto to go home, be a family man, and reminisce over the glory days. We'll all act like the Austin Trout fight never happened, and the legacy will be secured.

7 Replies to “Dear Miguel Cotto, It's Time For You To Retire”