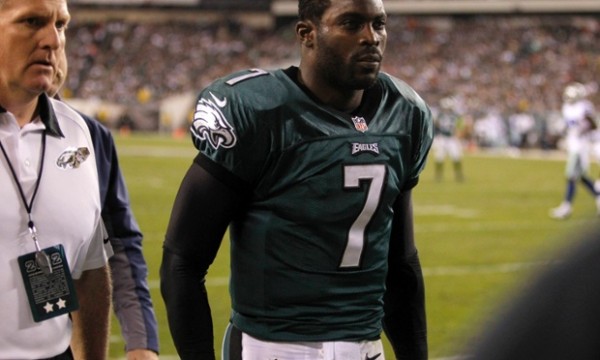 I can vividly remember being at that party that I didn't have any business being at when I was in high school. There was good looking women around, music was turned up and libation might've been passed around even if we were all underage. Of course, you (probably) had some home training, and you knew you needed to be home by a certain hour (11 p.m.) of time. Even as a young Ed would try to push the limit by coming home at 11:15 p.m. (and getting cussed out by my mama in the process), the point of me coming home was that my mama didn't want me falling into the traps of juvenile behavior.

What happened on our NFL Sunday reminded me of my mother's overtones ringing in my head to bring my ass home at a decent hour. In the span of five hours, three marquee quarterbacks all had their helmets taken away and were told to hit the showers as each was diagnosed with a concussion.

Something that should be noted here. All three teams finished winless on Sunday, as the 49ers somehow found a way to give us the first tie in the NFL in four years. All three games undoubtedly would've been better with the three signal callers in the game, but you know what's even better? Living. I can't remember quarterbacks being taken out with concussion symptoms like this ever, especially in big games. It's a testament to the teams cherishing the future of their assets and taking the new rules the NFL has laid down seriously. Is it perfect? Of course not, but it's good to know that we'll get to see our favorite QBs play another game.

That's all you can ask for. Well, that and a lack of ties. Ties suck.