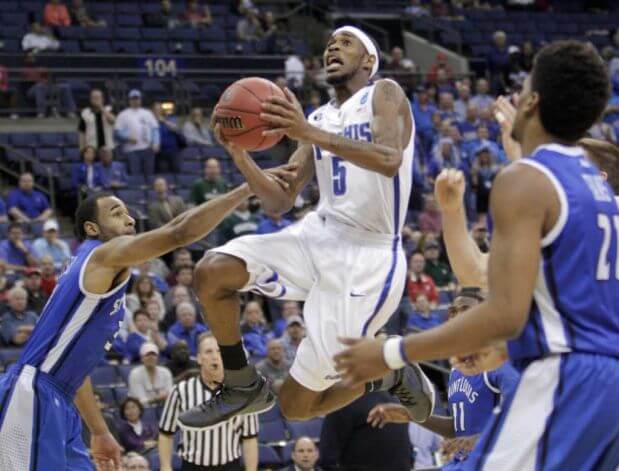 I really didn't know what to expect from the Columbus regional. I knew it'd be good to see Michigan State in action (because I picked them to win the whole shebang). I knew I'd get a kick out of watching Georgetown play in person for the first time vs. Belmont. I knew that Memphis vs. Saint Louis would at least entertain me (ended up as the best game of the day in Columbus). I knew that I didn't know anything about N.C. State and San Diego State. Thank God for the unknown.

I limped and hobbled my way to Columbus and Shocked The World the only way we know how to. Obnoxiously. Here are the five key takeaways from Friday's games in Columbus.

Without even having to bring up the true glory days of David Thompson in the 70's and the Jim Valvano, Sidney Lowe and Lorenzo Charles, folks forget that the generation I grew up in (the 90's and 00's) did consist of North Carolina State being a relevant basketball program. From Tom Gugliotta, Todd Fuller and Julius Hodge, N.C. State was a team you had to respect. Well, that thrill went dry about 5-6 years ago and N.C. State's basketball relevance evaporated.

Watching N.C. State take down San Diego State didn't convince me that the Wolfpack was back, but the ACC can be a much more competitive with the Pack being a formidable foe. N.C. State shot 58.5% from the field against the Aztecs, and Lorenzo Brown's impressive stat line of 17-9-8 is proving that the lead guard is more than an athlete.

2. Remembering the legend of Larry Hughes and Chris Douglas-Roberts

Let me give all the credit in the world to Memphis and Saint Louis for a pretty compelling game on Friday afternoon. Highly competitive, high drama and entertaining as well. Saint Louis will be an extremely tough out for Michigan State in the next round, as the Australian All-Stars of Brian Conklin and Rob Loe will be able to hang with Sparty throughout the game. Kwamain Mitchell's 22 points was huge for Rick Majerus' squad in the win.

Enough of that. All I could think about was how live Larry Hughes and Chris Douglas-Roberts were back in the day.

Saint Louis got put on the map by Larry Hughes in a fashion that was the predecessor of Nelly's emergence in hip-hop. Chris Douglas-Roberts was the real life blood of the Memphis championship squad back in '08, and its a shame that those damned miss free throws cost Memphis a title. (Someone somewhere in Western Tennessee is throwing things right now) 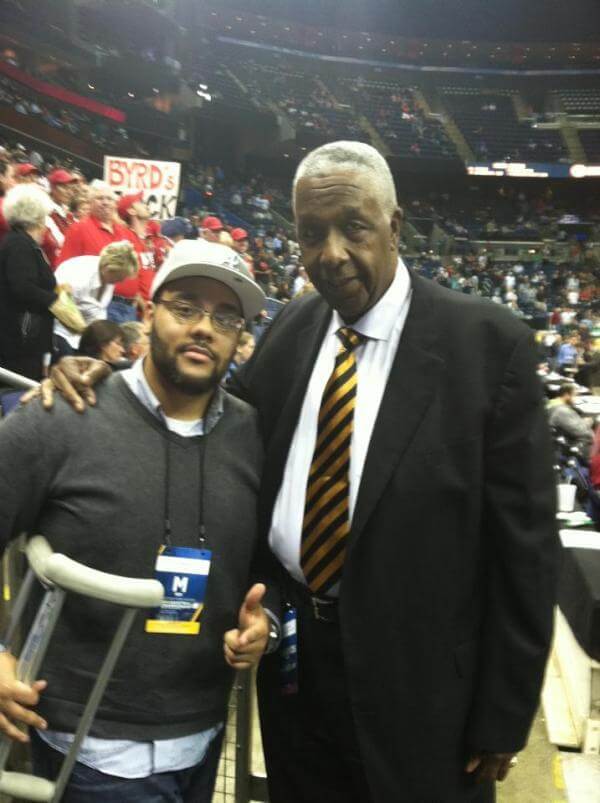 Georgetown let Belmont hang around for awhile, but the Hoyas really couldn't miss versus the Bruins defense. Good grief, 61.2% from the field shooting? That's unfair. Well, it is unfair when you're longer, stronger and much more athletic than your opponent. The problem is, G'Town's athleticism can overwhelm teams that count on their athleticism to win, but the Hoyas haven't inspired confidence that they can do it consistently.

However, if all else fails, give the ball to Henry Sims at the top of the key. Although he is the tall and gangly type, Sims first step is beyond deceiving. I watched him get the ball 5 times at the top, wait for his teammate to pass through in the motion offense, and then take one dribble with three steps and get to the rim for a score. He's done it in spurts this year, but he's been cooking as of late. Georgetown will go as far as King Henry takes them.

Sidenote....I got to take a photo with John Thompson after the game. You have no idea how pitiful he thought I looked with myself propped up on crutches. Oh well, nice tie sir.

4. LIU-Brooklyn has dope fans and cheerleaders

From having the livest fans of all in the Columbus regional, to the Blackbird mascot flirting with multiple female media members, to the cheerleaders bringing a breath of fresh air central Ohio and to the players of LIU-Brooklyn for giving Michigan State all they could handle for roughly 25 minutes of the game…I give thee a grand salute. Your performance on Friday evening was greatly appreciated. 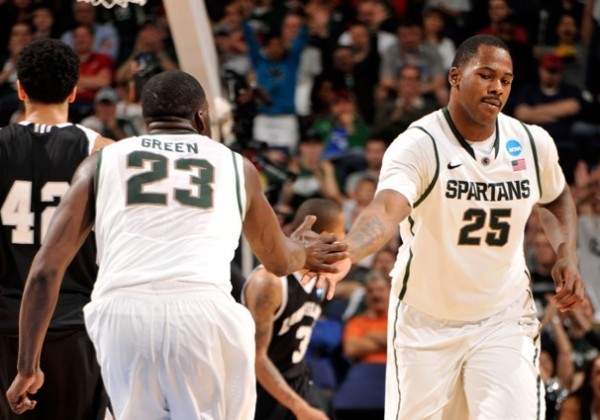 5. Michigan State survived the bloodbath of upsets on Friday

Alas, it was never meant to be for the Blackbirds. That's no diss to LIU, but its a testament to how scary good this Michigan State squad truly is, especially with the best frontline in the country. The Dancing Bear a.k.a. #DRAYMOND Green put up a ridiculous 24/12/10 line and Derrick Nix and Adreian Payne combined for 34 and 15.

They say that in the college game its all about the guard play, but I'm going against the narrative and proclaiming that in 2012 the title will be decided by the team with the best frontcourt.

Final note...shoutout to the homie Adriano for making a real road trip from NYC to Columbus to "Shock The World" for the LIU-Blackbirds. Shoutout to the homie MZ for linking up with your boy and exchanging in non-verbal communication from across the court. (Hilarity.) Shoutout to Pete and the fellas of Brooklyn Fans for putting up with my crutches all day, good dudes. Shoutout to Pam and the entire Chvotkin family for sharing stories with me, ushering me around with pride and teaching me about their royal family. Love them already. Shoutout to my mentor Julian as well who came to the game and used the tournament for "business purposes." Hopefully I'll get to a point that I can write-off client meetings and watch basketball in the process one day.

4 Replies to “Shocking The World at the NCAA Tournament, Part I”