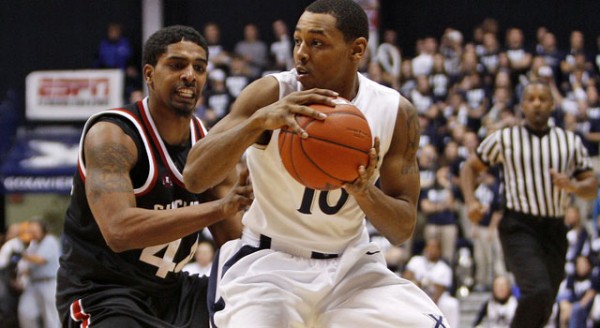 If you have no idea what happened between the Cincinnati Bearcats and the Xavier Musketeers on December 10th, I'm going to assume you've been under a rock for the last four months. Simply put, a brawl happened between the two teams, and you can read my perspective here and also here.

...but I'm assuming you've been there and done that, so let's move forward amicably.

The Bearcats and the Musketeers both punched their tickets to their region's semifinals, a.k.a. the Sweet 16, on Sunday evening. As far as I'm concerned, the fact that both of these teams have made it this far is a miracle. There have been points in this season where if you would've even asked me if they made the tournament, much less the Sweet 16, my answer would've been a strong no.

From Cincinnati virtually being left for dead at 5-3 and playing a brand of ball that was plain horrific to watch, to Xavier losing five of six immediately following The Brawl, it seemed like the "Clash in the Cintas" (I literally just made that up) would derail both teams seasons before they ever really got started.

Cincinnati's shift to the four-guard offense and Xavier's re-emergence of their "mojo" has sparked their runs over the last month. The Bearcats running the guard-heavy offense actually made them watchable, along with Xavier looking like they're actually having fun playing basketball, made them viable again. That's what adversity does to anyone; it causes people to change and adapt.

That adversity was a wide-sweeping brush, one that was merciful to hardly anyone. The players felt it, the coaches felt it, the fans felt it, the schools felt it, and even the city felt it. No one could avoid it. Watching TV was a chore for a week, watching the teams play short-handed was a task, watching fans try to defend each team's actions was downright tiring. I personally had nothing left to say about it and longed for someone to change the narrative. You know....kinda like what Tebow did. 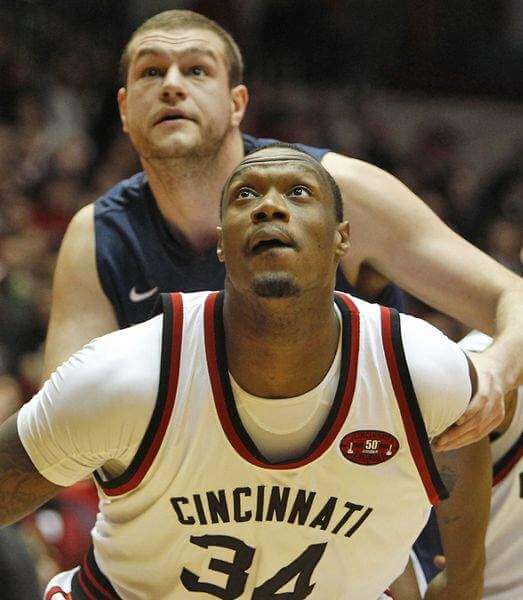 There are some out there that believe that these two teams aren't any different now in mid-March versus when they played in early December. That these two teams are right were they should be, based on projections and talent levels. People evolve everyday, and things change. A level of introspection has to take place in a situation like this, even if the people involved don't believe they did anything wrong. Now throw in the fact that the individuals in the middle of the fracas were 18-22 years old, with the pressures of an institution and its supporting body on their shoulders...these young men have had to grow up quickly.

The funny thing is...so did their game.

While much praise has been bestowed upon the Buckeye State this week, with 25% of the field in the NCAA tournament being represented by the state of Ohio, frankly the Buckeyes are right where they're supposed to be. Ohio University, whom I'll never call O-U because I'm from Oklahoma, deserves all the praise in the world. Yet, we've seen a No. 13 make this run before, and as happy as I am for them, it doesn't quite move the needle for me.

Maybe its because I'm here in Cincinnati, because I saw everything up close and personal, and how December 10th affected everyone from the suburbs up north, to Southeast Indiana,  Northern Kentucky and everyone in the inner-core of this city. The best co-worker I've ever had is a die-hard Xavier alum and fan, my mentor and someone I dearly respect is a die-hard Cincinnati alum and fan. One thing is certain: people here cared. People here didn't appreciate hearing the national talking heads talking about this Crosstown Shootout, the Westsiders/Eastsiders and the public vs. private like they REALLY knew what they're talking about. Now, it's personal.

They say winning cures everything. An appearance in the Sweet 16 is a hell of an anecdote. I've already heard fans of both teams say "Only three more wins, and it's on!" as I look at them with bewilderment. "Three more wins until what?"

"Three more wins, and then we could kick their ass one more time for the national title."

Only three more wins, and it's on.

2 Replies to “Cincinnati, Xavier, and the Queen City Redemption”