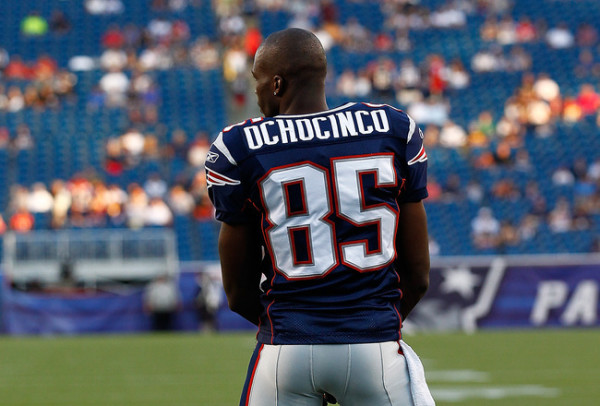 I'll always have an appreciation for Chad Javon Ochocinco Johnson.

Easily one of the 5 greatest players in the history of the Cincinnati Bengals, its really a shame the way he left the National Football League. Outcast. Embarrassed. Shamed. He didn't come into the NFL that way, as we got to know Chad by learning he slept on the couch in the locker room so he could watch film all day and bug the hell out of coaches so he could find ways to improve his game.

That's the #85 I'll all always remember, even if it doesn't mean much to be sentimental towards professional athletes. So when I heard that Ocho might get another shot at professional football, my eyebrow was raised. (Per ESPN Insider)

Chad Johnson hasn't stepped foot on the gridiron since his stint with the New England Patriots back in 2011, and it's been a while since we've heard anything regarding the wide receiver formerly known as Ochocinco. There has been zero buzz about him returning to the NFL, but it appears he may be back in pads north of the border.

Per TSN.ca, the Montreal Alouettes added Johnson to their negotiation list on Thursday, meaning that if he does join the CFL, it will be in Montreal.

Johnson responded to the news via Twitter by saying, "Nothing to negotiate, I'll be fast as hell and in shape."

At 36 and two years out of the NFL, there is virtually no chance that we will see Johnson playing in the NFL again. About the only way he could make it happen would be to prove himself somewhere like the CFL and hope a desperate NFL team comes calling.

I personally hope Chad makes the roster plays, just so he can find a way to go out on his own terms. If he doesn't, then it'll be up to me to make sure this legacy is preserved. Don't make this hard on me Chad.

Related: Here Is The Most Unwearable Jersey For All 32 NFL Teams

2 Replies to “The Return Of Ochocinco: Chad Johnson Being Courted By CFL's Montreal Alouettes”