For the life of me, I don’t know how anyone could ever take the Cleveland Cavaliers organization seriously.

While most of the sporting world had their eyes and ears glued to the final national championship game in the history of the BCS, the previously mentioned Cavaliers and the Chicago Bulls decided to sneak a trade through the NBA offices while no one was looking. Per the folks over at RealGM (big ups to Danny Leroux):

Chicago Bulls star Luol Deng has been traded to the Cleveland Cavaliers for Andrew Bynum and draft picks, a league source told RealGM.

Deng had been in constant trade speculation, and the Bulls were adamant they wouldn’t deal the two-time NBA All-Star in a salary dump. Nevertheless, the non-guaranteed portion of Bynum’s salary – saving the Bulls upwards of $15 million – had become appealing late in the Cavaliers’ quest to unload the championship center.

The Cavaliers announced that they’ve sent the Bulls three future NBA draft choices and the right to the first round pick in 2015, top 14 protected.

What makes matters worse is that this could produce enough pressure to have management overpay Deng when he becomes a free agent this summer, which would actually be the worst of both worlds. While I love Deng as a player and competitor, his value to teams will erode as he gets older and he appears destined to get a bigger contract than his play will warrant for his early thirties. Plus, Cleveland had cap space to work with anyway so they are relying on Deng taking a “hometown discount” for a team he plays with for a few months that also does not lead to him getting overpaid. A risky proposition.

The bigger question is why. Like the Charlotte Bobcats and Sacramento Kings to a degree, the Cavaliers appear to be going all-in at exactly the wrong time. This draft looks to be the best in a decade and there just is not enough talent beyond Irving on this Cleveland team to make any noise in the postseason even if they make it in.

So the Cleveland Cavaliers, a team stock-piled with young talent and another chance to do quite well in the most loaded draft class since 1984/1996/2003, has decided to give up some cap space to win with Luol Deng? I mean for Christ’s sakes, why? This reminds me of when the girls in the 9th grade were trying way too hard to be cute and decided to hijack their mama’s makeup because they think the boys will like them more. When in actuality, the girls end up sullying their reputations and the girls who decided to chill as freshman become fine as hell later on in high school.

The Cleveland Cavaliers are the freshman girl in high school whose stuffing their bra, wearing high heels and wearing their mama’s perfume while struggling to get through Algebra without cheating off of somebody.

…but what I do know is this. LeBron James is no dummy, and it’s these kinds of moves that should remind us all that The King wants no parts of the shenanigans and tomfoolery that’s taking place with his first NBA organization. Those freshman girls who try to hard are never worth it.

Here is your pertinent reading material for Tuesday, enjoy.

Steve Smith And The Panthers Are Angry At Their Now Former Friend, Ric Flair — TD Daily

Starting Lineups: Because The Cleveland Cavaliers Are Definitely Never Getting LeBron Now 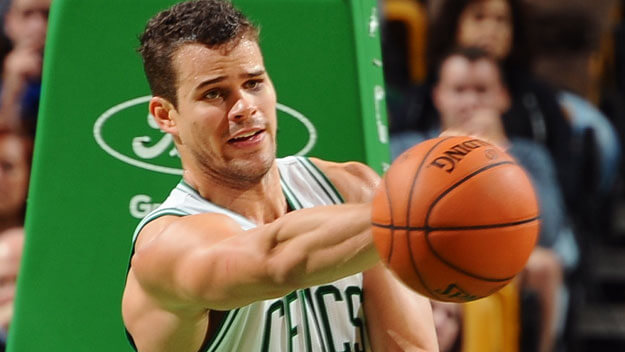