The Wall Street Journal reported on Monday that Nike Basketball and LeBron James will release their latest shoe, The Nike LeBron X with Nike Plus technology. The Nike Plus technology embeds motion sensors in the shoe to track various metrics including a player's vertical leap, distance ran, etc. Of course, the news of the day wasn't the evolution of one of the best basketball shoes (from a technological, materials, support standpoint) of this generation, but more for the price tag.

Some people are up in arms at the price tag, saying that Nike's driving up the cost on a demographic that might not be able to afford such a lofty retail price. Sneakerheads and basketball connoisseurs make the case that those who invest their time into the culture will willingly spend the money on the things they love.

TSFJ decided to round up some of the brightest minds on basketball, sneakerheads and culture critics to get their takes on the $300 shoes. Read through their thoughts, then give us yours in the comments. Let the debate begin. 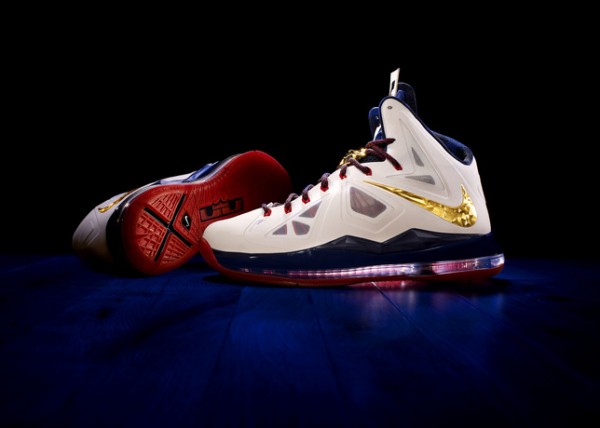 When I heard the price--this is before I read any information on the shoe--I KNEW they had to have Nike+ all up and through them thangs. That price and the hype around Nike+ is the only thing that warrants such a high mark. I know some old people are blowing their wad over the "absurdity" of this price but lets keep three things in mind before we announce the end of mankind:
1) The Lebron IX Elites were like $249 WITHOUT any digital enhancement and no one said boo over it. So basically Nike put a computer in these kicks and added $60 to the price. Sounds fair to me.

2) There is a term for this--"this" meaning people making decisions on events they have NO actual impact on as if their opinion really mattered--it's called the "veil of opulence". In short, get off the ledge Grandpa. If Junior wants to blow his rent money some kicks, then so be it. It's HIS money.

3) Nike would NEVER charge $315 unless they absolutely felt that they could get that money. And we all know they will. As a proud Nike Fuel Band owner and lover of all things Nike+, I'm going to slide on these. I don't need a $300 shoe to tell me what I already know--I can't dunk.

"Is the $315 price tag for a pair a shoes a bit high? Yes, but the public has no one to blame bu themselves. Nike saw the reaction other limited-edition sneakers garnered from sneaker heads and is taking advantage of the market. It's simple supply & demand; and if the cost isn't for you, then let the shoes sit on the shelf."

"Here come the riots and robberies and killings again, along with unfed babies and unattended toddlers. It's sad to see the extent that people will go to for a pair of sneakers."

Tania L. Breton | @TeeElleBee | Journalist for WPIX in NYC & Founder of Tania On The Scene

$315 is a nice chunk of change but there's the non-Nike+ version available that retails for considerably less. And while prices probably won't go down, nobody's forcing buyers to spend that cash and they shouldn't if it's not in their budget. Cats who know the game already are aware that there are great footwear options out that cost less than a third of $300 so it's all a matter of being discerning about spending, style & what you're buying into when paying so much for sneakers.

John Gotty | @JohnGotty | Founder and EIC of The Smoking Section

"The rise in quality material is what makes them such a lofty price. Nike has pretty much given their buyers high performance with their new line of signature models. LeBron's tenth signature shoe costing more than a pair of Retro Jordans makes sense but I'm certain there's going to be a regular version of the shoe that retails for $180. At least sneaker heads would hope for that latter piece of information."

Brandon Caldwell | @_brandoc | EIC of Day and a Dream, 1/4th of The Brad Gilmore Show

"I won't be purchasing these sneakers. It's not the price that disinterests me either. They just don't offer me anything that I need in a pair of kicks. I'm a huge fan of Nike and their innovations with Nike+. If this were a running or training device, I'd definitely be more excited about this development. I'm still in the market for the Nike TR1+ kicks. Hell, I waited in line when the Flyknit Racers dropped a few weeks ago because I HAD to have them. I run in them often and love the feel. They suit my habits as a sneaker fan and as someone that tries to stay active when I'm away from my graphic design desk. I don't play basketball. I wear basketball kicks casually. I still love my 2 pairs of 2010 Hyperfuse (Del Sol's are the best). Since I don't ball, I don't need to know how high I jump. I wear a Nike FuelBand, so I'm still able to measure metrics that apply to me. Lastly, I'm not a LeBron fan. Maybe if I was, I'd care more about this drop. I have half a closet full of Jordan's, Kobe's, and KD's. That'll suffice for me."

Larry Luk | @WeAreTheProcess | Owner of We Are The Process & Epidemik Coalition Design Co. 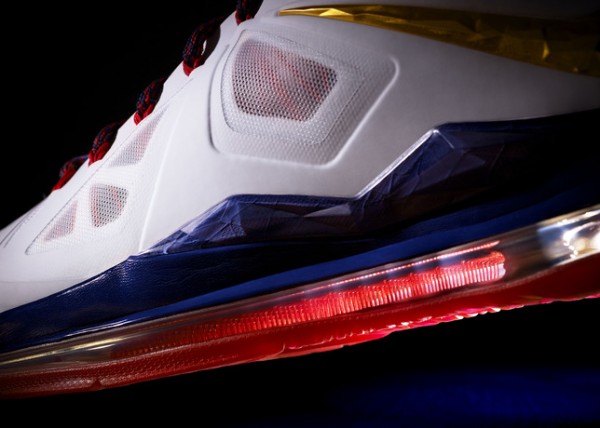 For me the price isn't that outrageous. It features four of Nike's top technologies: HyperFuse, Dynamic Flywire, Zoom Air and the new Nike+ system. The consumer is getting a premier product and an excellent system to track their game, from a design standpoint it is all positives. However, from a business standpoint the Nike+ Basketball System is just now hitting the market and I don't think anyone is waiting in line for it. So aligning it with a premier release, like a Lebron; is an intelligent idea. There is no way Nike will make more than 50,000 pairs of these for the public to consume so if they aligned it with one of the high profile colorways like an All-Star Game shoe, Miami Vice or the China Edition; it is going to sell out and therefore Nike gets the new system on the consumers foot which could create return users of the + system. On top of that, Lebron has been the image of the + system since its launch so you know Nike is going to push how it is used with him and his game. It will not surprise me when we are tracking him live during his games or when they set up some sort of contest to see which consumer is the closest match to his stats or who can beat his best game of the year. This shoe will present a whole new phase in how Nike product is presented to the consumer and most importantly, how it integrates with the consumer and their life.

"Part of me says $315 for a d*mn sneaker is pure lunacy. A $315 shoe cannot file your faxes for you. It cannot tutor your child in math. It cannot mow your lawn. And it most certainly cannot improve your game (on-court), Like Mike-style. It is just a freakin' piece of overpriced leather.
That said, even in a recession, people still gotta ball. It's just human nature. And if your definition of ballin' means spending $315 for a shoe (which you'll probably never actually wear outside, just talk about/twitpic) that some poor sap in the far East manufactured for $17, so be it. I'm a Washington Wizards partial season ticket holder. We all got our vices."

"Whatever you want to do with your $300 is your business. Just know your priorities."

Too much fuss is being made about nothing. I'm gonna keep it 100. If folks got the bread, they're gonna go out and spend to get what they want, in this case the LeBron X that will drop before King James defends his first title. I really don't see anything wrong with Nike or any other sneaker company charging the public $315 for some kicks. Louis Vuitton, Gucci, Lanvin and the rest of the gang charge double, triple or even four times what those LeBrons will cost and people still go out and cop them. At the end of the day it all comes down to two things:

1) The LeBron haters and media people that have nothing else better to write about and will continue to fuel the hate on a successful young cat. If the shoe wasn't associated with LeBron or any other player, we would have heard something but not to the extent it has gotten to.

2) The buyer and what they're willing to spend. Hopefully it's not someone spending their last 300 cash to look fly for Friday, Saturday and Sunday.

"Overall the shoe looks pretty sweet but $315 is pretty steep for the + edition LeBron X. My question is do we need a shoe that tells us how high we jump? (And whatever else it does) The good thing is consumer can get the regular edition for $180 which isn't chump change either. The people I feel for are the kids who will want the shoes but their parents won't have the funds to support this need."

"Personally, it doesn't faze me much either way. Everything is a business and everything is a decision. If you feel like dropping $315 dollars on them (or $180 for the non-Nike+ version), do it. If you don't, don't. Simple as that. Regardless of how important people will make themselves sound on whatever social media platform about how "stupid" it is to spend money on shoes, it's still your money at the end of the day. If what they eat doesn't make you sh*t, then what they say about the LBJ X's shouldn't make it any more difficult to walk in whatever shoes you have on. My only piece of advice is to make sure you've got Sallie Mae's money at the end of the month and that rent check. If you can cover all of your responsibilities and still have bread left over for the new Bron's, get them.
Live your own damn life according to your wants and desires. Not what a damn trending topic dictates."

What are your thoughts on these shoes? Let us know in the comments section and keep the discussion going.
*The $300 price tag is approximate. Some say the shoe will sell for as high as $315, others have it a bit lower at $290 for the Nike+ LeBron X. Either way, it's someone's car note payment for a pair of kicks.