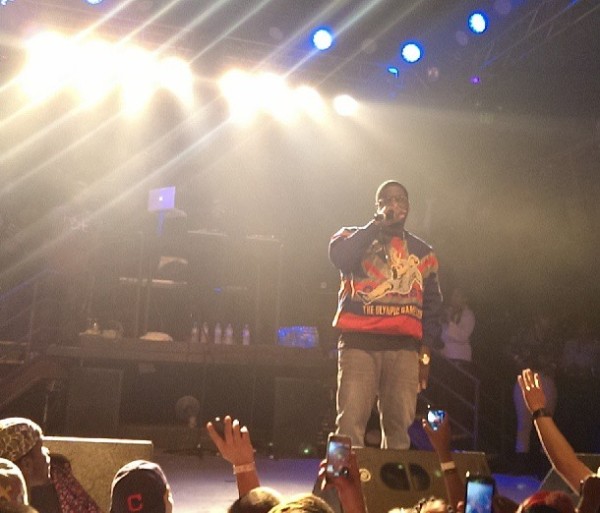 There's no worse feeling in the world than feeling like you didn't get your money's worth. There are three instances where I supremely felt cheated about the money I spent for a particular item or service:

I had good intentions when I went to make these purchases, but at the end I just felt like I wasted money and would never regain the value I put on the initial purchase. You work hard for that money you just spent, and then folks have the nerve to treat you like a second-class citizen with your time. Shame on these people.

Thank God Big KRIT and Lance Stephenson don't cheat us with our money.

On Tuesday night I was fortunate of two things. One, that I would be able to watch the Miami Heat and the Indiana Pacers square off in Game 4 of the Eastern Conference Finals with friends. Two, that I would be able to attend the West Coast Tour, featuring the one and only Big KRIT (along with Smoke DZA and Clyde Carson) in San Francisco. The constant between the two events wasn't just that I was watching, but more so because I noticed that Big KRIT and Lance Stephenson both have no idea how to go through things at half-speed.

Two things would stick with me after finishing watching the game and leaving the concert.

ONE: If you haven't seen Big KRIT live and in person, you should. He played for roughly 90 minutes and almost 20 songs played with the DJ (what up, Wally) only minimally talking while hyping up his artists at the same time. Watching KRIT perform is like watching a young child eat an entire cake and then going on an epic sugar rush and run around the house for more than any sane person could handle. The man just continually kept getting crunk and turnt up in front of the masses, and it was astounding to watch. How he kept this performance going as long as he did, I'll never know.

TWO: Watching Lance Stephenson play basketball is amazing. I mean, goodness gracious, did you see the one-man fast break he displayed to us mere mortals on Tuesday? That fadeaway three-pointer in the corner was just disgusting, and the lack of fear he showed in attacking Dwyane Wade and LeBron James made me question if he was so stupid that he was actually smart. Lance Stephenson was the hero (along with Roy Hibbert) the Pacers needed in Game 4, all because of his relentless, take-charge attitude.

The point is ... KRIT and Stephenson never let you feel cheated. Why? Because the amount of energy they expend won't allow you to refuse to appreciate it. It's funny how a little hard work and dedication can elevate a performance from something average to something that you must tell your friends about.

2 Replies to “Big KRIT, Lance Stephenson And Always Going Hard For The People”