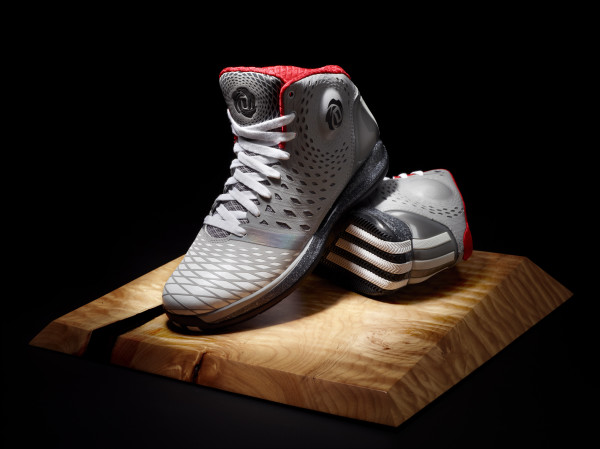 Something you may or may not have noticed during the first half of the 2012-13 NBA season thus far is that the Chicago Bulls are playing some exceptional basketball. Coming into Tuesday with a 21-15 record, the Bulls are just three games behind the Eastern Conference leading Miami Heat and have the third best defense (in points allowed, 91.4) in the league. Of course, the big story behind this is the fact that they are succeeding without their biggest star, Derrick Rose.

Everyone knows the story now, as Rose is on his long road to recovery from tearing his ACL during last season's playoffs. But now, as the All-Star game approaches, many are pointing to late February or early March for Rose to return to the hardwood. Bulls fans, basketball fans and fans of overcoming great obstacles will all be happy to see Rose come back, and we all imagine he'll return in style.

That style will be assisted by adidas, as they will fit him with his sixth signature shoe that will features adidas’ most innovative performance technology, premium and rich style elements, and more personal details than its predecessor. More importantly, this shoe will be "Rooted In Chicago." Per the Three Stripes:

The D Rose 3.5 features a bold spiral overlay pattern is inspired by Derrick’s goal to tighten his game. The synthetic leather upper features the spiral protruding from the D Rose logo on the ankle to represent how his on and off-court success continues to grow from the support of his family, who inspired the logo. Chicago call-outs on the inside of the tongue showcase the essence of Rose, including a “Rooted in Chicago” graphic with lettering, colors and shapes inspired by his tattoos and the Chicago flag. The oversized tongue features a reflective overlay of the logo to illuminate and pop on and off the court.

The 2011 MVP will wear the home gray and the road black colorways initially when he returns to the court, as the D Rose 3.5 will be available online on January 31 for $160. 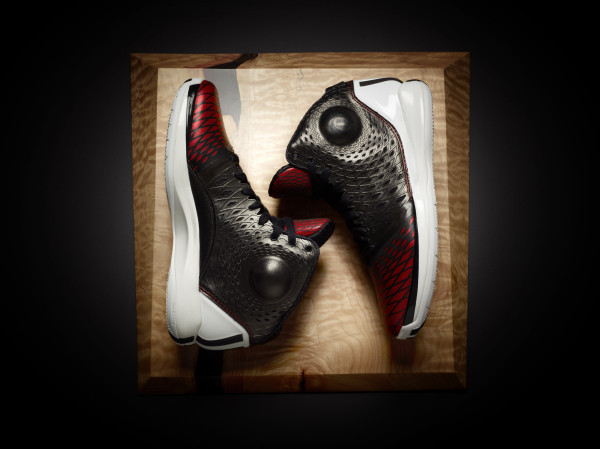 My main thing is always sharpening up my game and improving my body and with the D Rose 3.5 adidas took that same approach. This shoe takes the best things from my last shoe and made them even better. I’m more comfortable and supported on the court and bringing some real serious style too. -- Derrick Rose

The shoe will launch in six additional colorways through April. Stay tuned to the adidas Basketball Facebook page for more exclusive images and content, and follow the conversation on twitter @adidasHoops. Meanwhile, I'll just be crossing my fingers hoping for a healthy Derrick Rose return. Check out the gallery below for more photos on the latest signature release from adidas.

One Reply to “Adidas And Derrick Rose Unveil The D Rose 3.5: The Return Is Near”