When I was first introduced to the basketball prospect that was LaMarcus Aldridge as a freshman at the Texas Longhorns, I was not a fan. First off, he played for Texas, and since my rooting allegiance ties to the Oklahoma Sooners, it meant that my immediate reaction was scorn and angst.

Then I watched him play.

Watching Aldridge in college was like watching the dude who played Mortal Kombat or Street Figher at the arcade and could hold down the machine with two or three moves. Like Sub-Zero’s various freezes or Ken’s fireball + dragon punch combination, Aldridge’s weaponry consisted of a turnaround jumper and a fadeaway jumper that was virtually unblockable. At 6’11” with a 7’5″ wingspan, LMA came into the NBA with a ready-made game, which would be certified with a NBA all-rookie selection in 2007.

This has been Aldridge’s game for a decade, with influences ranging from Kevin Garnett to Bob McAdoo. The man I once referred to not-so-affectionately as The 6’10” Shooting Guard Conundrum was now legitimately one of the most unguardable players in the NBA. Ewing-esque running hooks, McHale-esque up-and-unders, Durant-esque pindown screen into midrange jumpers…Aldridge’s arsenal grew into a full-scale barrage of options. The question had never been whether there was a solution for Aldridge, moreso whether Aldridge would break out of his self-containment.

In many ways, Aldridge’s ability to do whatever he wanted offensively on a basketball court made for the ultimate curse. Watching Aldridge in Portland always made one yearn for more. The question was put in front of him whether he might be the best power forward in the NBA. That pondering was always left without an answer, as counters of Blake Griffin and Kevin Love always felt like better choices. Maybe it was the sheer force of Griffin or the spatial awareness of Love that made for their selections atop the leader board, but it felt like Aldridge was always capable of claiming the throne. All he had to do was take it.

It’s the paradox of Aldridge that’s similar to another power forward who flummoxed basketball fans who witnessed the flashes and brilliance on the court, but also saw the downright reluctance to be the dominant alpha many pined for. If Aldridge had a true predecessor, it might be Rasheed Wallace.

Sheed might be the most talented offensive big man I’ve ever seen, because there’s nothing on the court I don’t believe he couldn’t do at a high level. His ability to tease his ability within the construct of well-built teams was a thing of beauty. But as fans we craved for Sheed to break out and be the anti-hero we all wanted. For whatever reason, he never wanted to be that guy.

With Aldridge, I’ve always felt similar in how he wanted to get down on the court. He’s always wanted to be a guy, but not THE guy.

So when Aldridge left the Pacific Northwest for the southwest region of the Texas triangle, I truly felt it just might be a match made in heaven for supporters of the San Antonio Spurs. A coach who manages talent better than anyone in recent history. A roster with arguably the best player in the NBA in Kawhi Leonard and a supporting cast of once-superstars and perfectly suited role players. LMA’s chance to be the best second banana in the league almost felt like a certainty when he signed for $84 million over four years in 2015.

Instead, he’s become an afterthought.

Part of this is because of the rise of Kawhi and his bulldozing into the highest echelon of NBA elite, sitting prominently alongside LeBron, KD, Curry, Westbrook and Harden. He’s the show in San Antonio, while Aldridge is merely a strong supporting character trying to fill the shoes of the greatest power forward in NBA history in Tim Duncan.

Life’s not fair, but this is the life Aldridge chose. As a result, the Spurs find themselves in a current day NBA that has teams with more offensive weaponry than a John Wick flick. Golden State, Cleveland and more pressingly Houston, have a multitude of options and schemes to fill up the scoreboard. The Spurs have Kawhi and not much else. Yes, Pau Gasol and David Lee are cute options down low, but this was supposed to be the LMA show. And yet, in six games versus Memphis…and now against the Rockets, LMA has been M-I-A. 13.5 points, 7.0 rebounds, 43% shooting from the field and zero threes made in seven games simply will not cut it.

The scary thing about Aldridge is that he still thinks he’s LaMarcus Aldridge. A soon-to-be 32-year-old big who is still owed $43 million over the next two seasons is now being asked to switch to a wider variance player defensively while still finding his groove on a new team offensively. It’s starting to feel like too tough of task. But hey, this is the Spurs. This is Popovich, who is supposed to figure it out. This is the group of role players who are supposed to coalesce around their stars. This is the team with stars who are supposed to step it up and lead them to the promised land.

It’s safe to say we all believe in Kawhi…but do we believe in LaMarcus?

4 Replies to “The Frustrating Paradox Of LaMarcus Aldridge”

OTD in ‘92, Tiger Woods made his TOUR debut at o

The Frustrating Paradox Of LaMarcus Aldridge 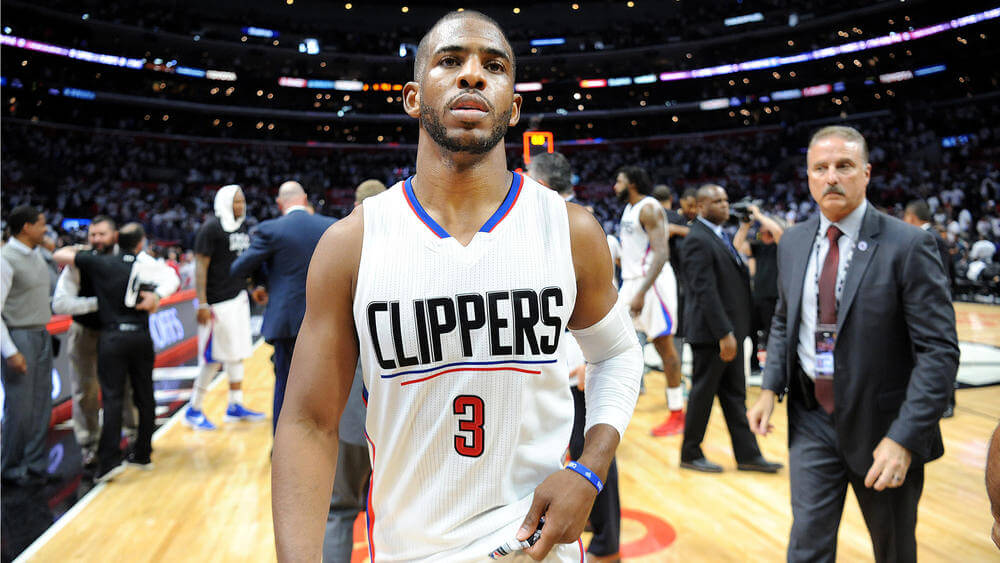 Basketball 40 Nights of Hate: Chris Paul and The Ungrateful F…
Basketball Five Songs Every Player Needs On Their 2017 NBA Pl…
4