The Heisman Trophy ballots have been collected, and the finalists have booked their flights to New York City. The Heisman Trust earlier this week announced the three who will take their talents to the Downtown Athletic Club for the ceremony at 8 p.m. ET on Saturday.

Alabama running back Derrick Henry, Clemson quarterback Deshaun Watson and Stanford all-purpose player Christian McCaffrey will be front and center as the game's most prestigious award will be presented to one of nation's three offensive superstars. Henry has been deemed the favorite by Las Vegas, as he broke Herschel Walker's SEC rushing record this year, finishing with 1,986 yards and a nation-leading 23 rushing touchdowns. Watson, the best dual-threat QB in the country, passed for 3,512 yards and 41 total touchdowns (30 passing, 11 rushing), all while finishing third in pass completion percentage. McCaffrey got to NYC by breaking Barry Sanders' 26-year-old record for all-purpose yards in a season and did it in fewer touches with 3,496.

With all due respect to the three Heisman finalists, are we sure these three are the most deserving of being in New York City? Here's five players whose résumés stand up favorably against anyone nominated for the trophy with the famous stiff-arm pose.

Who has more total touchdowns, less interceptions and better dance moves (allegedly) than Clemson's Deshaun Watson? Baker "Swag" Mayfield, that's who. Snubbed for the Heisman ceremony, Oklahoma's signal caller led the Sooners to the playoff with 42 total touchdowns (35 passing, 7 rushing) while throwing just five interceptions. While Watson's team may be undefeated, it's unquestioned that Mayfield's résumé could not only be viewed as better, but he was also the most electrifying QB in America this season.

With a 7.9 yards per carry average (second in the nation), Cook was arguably the most dynamic, big-play running back in the country. The Florida State tailback was hampered with injuries in the middle of the season as he was a scratch vs. Syracuse and left another game with just two carries (one of which was a 94-yard game-breaker) vs. Wake Forest. With two additional games of full production on his game log, one could easily make the case for Cook over Henry in New York.

Few receivers have had to play with more quarterbacks this season than the Baylor Bears wide receivers. Despite all the injuries to their signal callers, Coleman found a way to rack up 20 touchdowns in the high-flying Art Briles offense. Coleman's blazing speed and soft hands wrecked secondaries all year, as the wideout went on a seven-game streak of scoring multiple touchdowns. 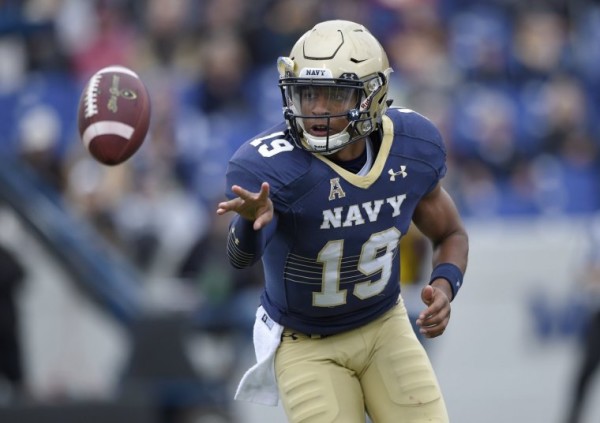 There was a time when the best player from a service academy meant a nearly automatic trip to the Heisman Trophy ceremony, but that time has come and gone. Reynolds' case for New York might be better served as a lifetime achievement award versus single-season performance, as he now owns the FBS' all-time rushing touchdowns record, and he helped lead the Midshipmen offense with 1,093 rushing yards and 19 touchdowns this season with one game remaining versus Army. Oh, and he quietly threw for 964 yards and six touchdowns to boot.

If the college football season ended in October, then LSU would've been a lock for the college football playoff, and Fournette's name would've already been engraved on the Heisman Trophy. Three consecutive losses and teams putting nearly everyone in the box to stop the Tigers' tailback later, and Fournette's 2015 campaign became an afterthought. Consider this: Fournette (1,950) was outgained by Derrick Henry (2,083) by just 133 yards from scrimmage while playing in one fewer game and with 60 fewer touches. Fournette still has one more season in him for LSU, as he'll be the front-runner to win the Heisman in 2016.