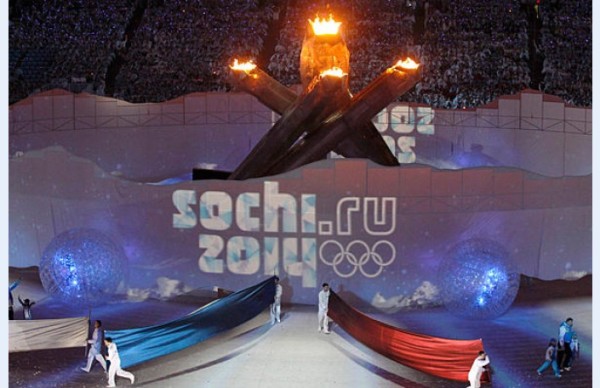 My mother is going to call me in about a week, excited as she always is, as the 2014 Winter Olympics will officially commence with an opening ceremony filled with pomp and circumstance to celebrate the sporting tradition of winter sports.

“Eddie! Turn on (insert whatever channel the Olympics are on in 2014) the Opening Ceremonies are on!”

It really doesn’t matter what I’m doing at that particular time, I’m going to change the channel and watch the Opening Ceremonies. For what it’s worth, I actually am not a fan of the Opening Ceremonies all that much, outside of the egregious fashion show that takes place during these events. But it doesn’t do much for me, it’s just a blah event. Call me a party-pooper, but I’m just being honest.

There used to be a day when my mother would make me watch the figure skating competition, and that was the time I can remember having a real crush on Kristi Yamaguchi and Michelle Kwan (I guess I went through an Asian figure-skating phase as a youngster) as a kid. Hockey is always a go-to watch for the Olympics, because it’s the only sport that I’m confident in saying that I actually know who’s competing. Also, I can remember being excited about the bobsled, and this was even before Cool Runnings came into our lives. I generally think the slalom is pretty cool too, and I could even get hip the speed skating races. Those are alright.

The thing that actually intrigues me are the political issues that are floating above the surface of the Winter Olympics in Sochi, Russia. Gay issues have been the primary focal point of discussion, but the fact that this Winter Olympics is by far the most expensive Olympics event of all-time (progressively speaking, this is understandable, but $51 billion for the lesser of the two Olympics?) and that terrorist threats are always abound in such international affairs have me more intrigued than who will possibly win Gold in Curling. (Okay, I do care about Curling. Greatest sport ever. Kinda.)

My enthusiasm for the Winter Olympics are low. Maybe this will change by the time they actually get here, and maybe I’ll be sucked into some fascinating story lines not named “Lolo Jones” too. Realistically, I’ll probably be watching a random Big 12 basketball game instead of whatever the heck is happening on the ski slopes. Sorry Sochi.

Now, on to the links. Happy Tuesday.

Pele Biopic Will Hit Theaters Ahead of 2014 World Cup — Remezcla

How the World Gets Drunk — Priceonomics

The NCAA responds to Northwestern’s attempts to unionize — CollegeBasketballTalk

On Kendrick Lamar Losing to Macklemore, WWE’s Daniel Bryan and the Importance of Being the People’s Champ – The Smoking Section

One Reply to “Starting Lineups: The Sochi Winter Olympics Are A Week Away And I Couldn’t Care Less”

Starting Lineups: The Sochi Winter Olympics Are A Week Away And I Couldn’t Care Less

by Eddie Maisonet, III time to read: 2 min
Ed The Sports Fan Remembering The Day When I Saw Janet Jackson’…

Ed The Sports Fan Roman Reigns, Batista And The Mad Genius That Is V…
1