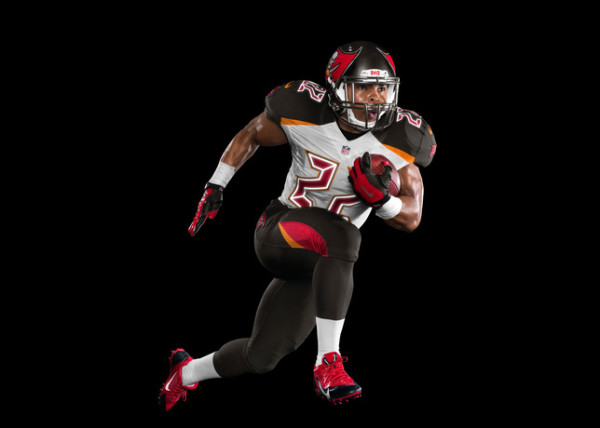 I remember when the Denver Broncos converted over to the new Nike uniforms back in 1998, as they progressed from those all-orange tops into a blended blue/orange uniform combination. I liked them. They were sleek, had that Nike swoosh on the pants and I could comfortably feel like I looked good walking the halls in high school wearing a John Elway #7 jersey. That same season, in those new uniforms, the Broncos won their first Super Bowl. (Here's an awesome story by Kris Rothstein on meeting Broncos legend Terrell Davis. You will cry laughing.)

More recently, Nike decided to bless the Seattle Seahawks with new uniforms. Those all-blue concoctions that they'd previously wore were traded in with neon-green highlights and a futuristic look that all residents from the Pacific Northwest would be proud of. In just a few short years following the unveiling of these new uniforms, the Seattle Seahawks won their first Super Bowl. (And I just might be getting a championship hoodie from my Uncle Bill any day now.) 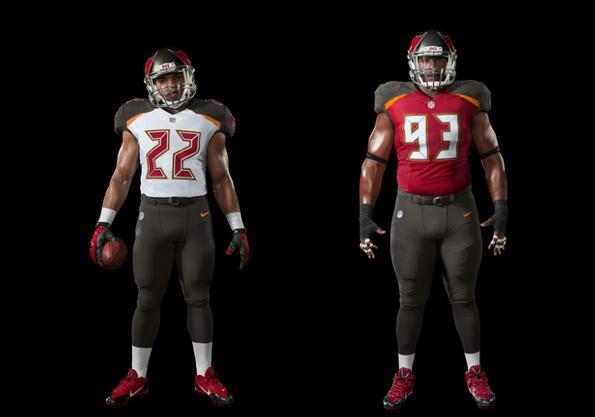 What's that got to do with anything? Well, the Tampa Bay Buccaneers are getting new uniforms from Nike, so I guess that means they'll be winning a Super Bowl in the next couple of years. Right? Per Nike:

“Today marks the culmination of more than two years of research and planning to bring the Tampa Bay Buccaneers into a new and exciting era of our history,” said Buccaneers co-chairman Edward Glazer. “We worked closely with our partners at Nike to design a uniform that would set the standard for both design and functionality. The result is a sleek, modern design that honors our championship past while also establishing a new, bolder identity moving forward.”

Using my own silly logic, this also means that the Jacksonville Jaguars will be winning a Super Bowl in the next couple of years, as Nike hooked them up with new uniforms last year too. I can see it now, Teddy Bridgewater slips on that #5 black and teal jersey and leads the Jaguars to a championship in Super Bowl 50 here in the Bay Area. There, in the stadium, will be yours truly, sobbing sweet tears of joy, knowing that this moment would one day come. When the Jaguars would win their first Super Bowl.

Wait … what? This a dream? Damn. Oh well, let us know your thoughts on these new Bucs uniforms. You like? Let us know in the comments section.

3 Replies to “What Are Your Thoughts On The Tampa Bay Buccaneers' New Nike Uniforms?”