We’re on the road again as the #FS1OpeningDrive tour bus is leaving Chicago and headed to Cincinnati for our next stop. Throughout the tour, we’ll provide a morning recap of the news, commentary, tidbits and whimsy that surrounds our tour stops, Michigan vs. Utah on September 3 and college football as a whole.

Pictured above, The HarBros hung out with Michael Jordan and did Air Jordan things. Not pictured, one of The HarBros singing karaoke at the One Direction pre-concert in McCormick Place.

Utah will wear retro uniforms and helmets based on the 60’s and 70’s vs. Cal this year. (College Spun)

Michigan used to be the consistently loaded with tailback talent, what happened? (Maize N Brew)

An impressive longform on what Armageddon in college football could look like in 35 years. (The Verge)

“A lot of y’all need to grow up,” stated Maurice Clarett, in an impassioned speech to Florida State last week. (Gamedayr)

The spotlight has finally come for USC’s Cody Kessler. (Grantland)

The Northwestern Wildcats football team are used to being taken for granted. Not since the days of Otto Graham and Frank Aschenbrenner have the purple and black been universally respected by the college football congregation. From 1948 until 1995, the Wildcats went 47 years without making a bowl game, and then head coach Gary Barnett knew something had to change.

That’s when the “Expect Victory” mantra became a thing.

In a season that would end with Wildcat legends Darnell Autry and Pat Fitzgerald leading Northwestern to a trip to the Rose Bowl, the campaign began against a Notre Dame team that featured Renaldo Wynn and Ron Powlus. Oh, and they were 28-point underdogs.

On September 2, 1995, Northwestern shocked the college football world by simply being better than the institution that is the Notre Dame program. In the 17-15 victory in South Bend, Steve Schnur was the poised senior quarterback that every coach dreams of, and Northwestern’s defense was stout all day as they held prevented Pawlus from throwing a touchdown.

In short, the Wildcats played like a team that expected to win, which is all Gary Barnett ever wanted. From the Chicago Tribune:

I don’t remember thinking anything other than: We kicked their ass. We all wanted to look and act like we had been out there before. I had said: No Gatorade thrown on me. They complied.

Northwestern would use their “Upset of the Century” win over Notre Dame as a springboard to a 10-win season, a ranking of #3 in the nation and a Big Ten Conference title. Notre Dame would spiral into a 6-5-1 finish, and head coach Lou Holtz would “retire” from the Fighting Irish after the season. (He coached South Carolina for five seasons beginning in 1999.)

All hail the 1995 Northwestern Wildcats.

Our next stop is Cincinnati! Be on the lookout for the HarBus as we roll through America. Use the hashtag #FS1OpeningDrive and follow us on Twitter at @edthesportsfan, @yardbarker and @FoxSports1 for more updates on the tour. 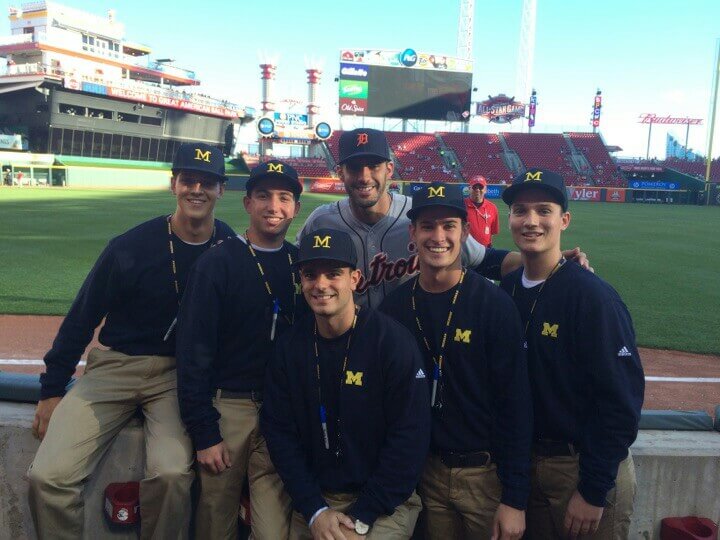 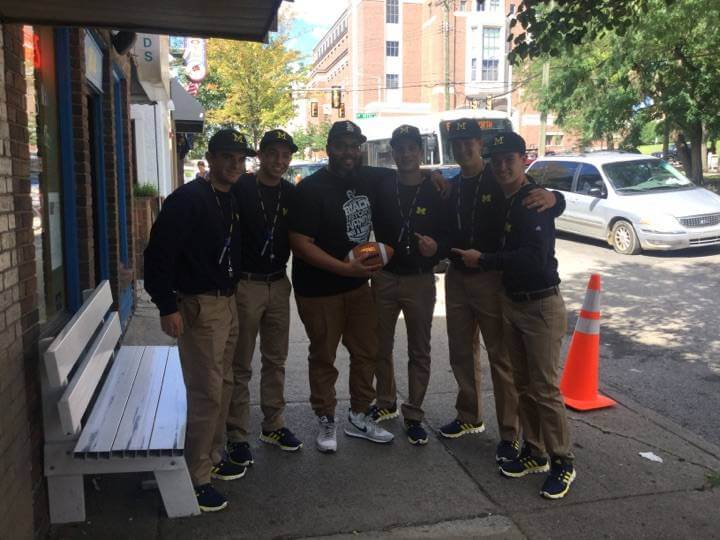