In my opinion, Love & Basketball is one of the few films in the world that both men and women will have no issue sitting down and watching. Although the title might explain it all, this movie somehow created the ultimate recipe to lure anyone and everyone in: sports, romance, good looking characters, quality storylines and comedy. In fact, during the times I've been in a relationship if the movie is on the channel guide, it's usually the woman that I'm with that is most compelled to watch it. All I have to do is say yes. (I always say yes.)

Although L&B was finally put on the big screen in 2000, Gina Prince-Bythewood's concept script was essentially finished in 1997. When it was time to take the script to the studios, the initial feedback wasn't what she expected:

Finally after a year and a half, [we] felt it was good enough and went out with it. Every single studio turned it down. It was devastating. I remember I had a list on my fridge of all the studios and every day crossing another one off. And I kept getting the feedback that it was “too soft,” which I just didn’t know what that meant, how is it soft?

Of course, it all worked out after some tinkering from a collaboration with Sundance's Institute Lab and interest from both Spike Lee's 40 Acres and a Mule Filmworks and New Line Cinema. This would eventually lead to Sanaa Lathan table-reading for the role of 'Monica' in the film. This leads to this major callout... 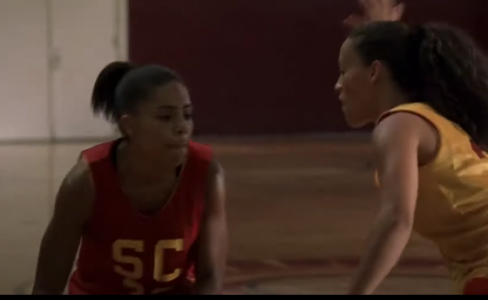 Lathan notes that she was the backup choice to play the lead role in L&B, as the undisclosed actress apparently got sick. Who was the actress that was supposedly the top choice? I've got one guess... Nia Long.

Prince-Bythewood had to think of some alternative choices for the role of Monica, which lead to a fascinating casting call because...

'Monica' was almost played by Serena Williams or Marion Jones

It was very important to me to have an athlete, so when we started auditions, they had to read, but they also had to meet me on the court … My casting director, Aisha Coley cast a huge net. I [wanted to] read Serena Williams [she spoke to our casting director, but she was unavailable], I read Marion Jones [for an audition on tape], you know, before the controversy. I just wanted to be creative about it and find who embodied this character.

If you gave me odds at WonderPunter for would've played Monica in 1997, I'm not sure I would've landed on these names. You all realize we almost had Serena Williams playing Monica? Man...let me chill and let's just move on.

A third choice was Niesha Butler, former hooper for the Georgia Tech Yellow Jackets who was personally recruited by Yellow Jacket alum Stephon Marbury, as well as a participant in LeBron James' first Nike commercial. She was Spike Lee's recommended choice to Prince-Bythewood, but the producer's choice of making L&B a love story first instead of a basketball story was the reason why she went with Lathan.

"I saw over 700 people for the part–actors, ballplayers, people who had never acted before in their life. It finally came down to Sanaa and Niesha. I put Sanaa with a basketball coach for two months and Niesha with an acting coach.”

You can also check out Butler's work on Instagram, you're welcome.

Omar Epps is the Samuel L. Jackson of actors playing athletes in movies

Mike Tomlin's illegitimate half-brother has literally played every athlete role of all-time. For every sport. It's an incredible feat like winning the triple crown or hitting for the cycle. Here's a list of all of his sports roles.

At this point, we need Disney to come out with a remake of Mighty Ducks and let Omar Epps be an assistant hockey coach.

Haysbert's role as Zeke McCall is also a memorable experience in the ways of how to properly (and improperly) be a father to your son. Zeke McCall as a character was a retired professional basketball player, and playing an athlete is something Haysbert was quite comfortable in owning as a role.

Most people know Haysbert for his legendary role as 'Pedro Cerrano' in the Major League film trilogy, but did you know that Haysbert also played Max "Hammer" DuBois in the Tom Selleck classic, 'Mr. Baseball'? Or what about his role in 'Scoring' alongside Pete Maravich? Haysbert also played in TV shows and films like The White Shadow, Grambling's White Tiger (with Caitlyn Jenner, previously Bruce) and 24 as President Palmer. (I know this isn't a sports show but I just love 24. LETS GO JACK BAUER SAVE AMERICA, YO!)

She's either written on or produced on-screen magic including: Love & Basketball, A Different World, The Bernie Mac Show and Everybody Hates Chris. God bless Gina. (Sidenote: Prince-Bythewood also produced Biker Boyz...hey man, everyone has an off day.)

No wonder the chemistry between Monica and Quincy was so damned good.

Love & Basketball was almost filmed at Stanford and UCLA, but both were snooty and said no

One major component to the film's authenticity (and Prince-Bythewood's own experience) was the culture of Los Angeles basketball, from high school games to California college powerhouses such as UCLA (her alma mater, which said no), Stanford (which said the movie’s characters “did not exemplify a Stanford student”) and USC, which became home to Quincy and Monica as they left to play college ball.

As my good friend always likes to joke, the last time USC was good at basketball was when Quincy and Monica balled there in the movie. Indeed.

Sidenote: Everything about the Crenshaw High School scene is authentic. The uniforms, the players on the team with Monica were the actual members on the roster and the fans were all Crenshaw students. One time to the Cougars.

Maxwell's "This Woman's Work" was almost not introduced to the world

This will only make sense to people who were in high school and college circa 2000, but Maxwell's "This Woman's Work" was THE go-to song for all interactions with someone you were courting back in the day. If you played this song, you were guaranteed to get approval, especially if you played this during the.... midnight hours, if you will.

Of course, Maxwell and his people weren't all that interested in blessing the song for the movie and initially denied its use in the film. If Prince-Bythewood didn't beg and please for the producers to pay a handsome fee for the track, we might have never known the greatness of "This Woman's Work."

The strip basketball and one-on-one scenes were largely unscripted

Prince-Bythewood: "It was just great to see them feed off each other and talk shit to each other because that’s what really built the dynamic between the two of them."

Also, it gave all of us a reason to play strip basketball with our significant others in our dorm rooms in college. Once again, God bless Gina Prince-Bythewood.

Spoiler Alert! At the end of L&B, Monica's career has taken her from USC to Spain to finally balling for the LA Sparks in the WNBA. Also, Monica and Quincy are now married with a child. It is the storybook ending for a movie scripted in 2000 which still resonates to this day. However, when Prince-Bythewood wrote the script, the WNBA didn't exist.

"I think they ended up with that one-on-one game and coming back together," says Prince-Bythewood. "But there was no epilogue after that."

They're really good friends now, but in the film Union's character was "a hoochie cheerleader" (Union's words) and was an early antagonist to Lathan's Monica character. Originally, Union was considered for the Monica, but in her words, "I actually auditioned for Sanaa’s role, except of course did not get it because I was not a great actor."

Of course, one of the most underrated quotes in movie history was uttered when Union said, "I want to just lick the sweat off his ass,” regarding Quincy McCall, played by Epps.

Because really, every man wants a woman in his life who's willing to lick the sweat off their ass. Hey Dwyane Wade, you won, bruh. #LifeGoals 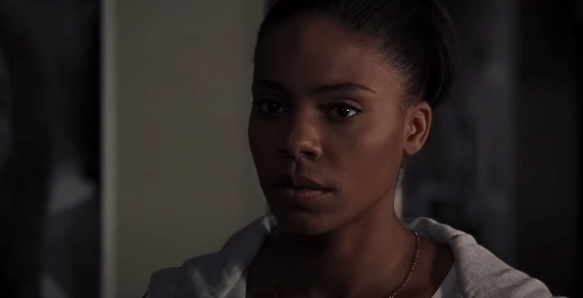 They threw me into them all the time, that was part of my training. But I never picked up another basketball after that. Because it was such a traumatic, emotional experience the whole auditioning process, like it really was. And then having to sustain that during filming, I was like, “OK, I’ve done my part with basketball. I’ll just watch from now on.”

This was partially because Prince-Bythewood was a former basketball player and kept bringing on more basketball players to read for the role even though Lathan was already penciled in. The stress was evidently very real.

I have no desire to see a sequel, but a remake? Maybe...

Prince-Bythewood notes, "I feel like I told the story I wanted to tell, it ended the way I wanted it to end. She has it all."

I agree with that sentiment 100%. Putting a fabricated sequel together featuring the child of the Wright's and made in the current day would probably sell, be produced by Tyler Perry and some rappers playing roles they have no business playing... and I'd be upset about it.

However, you give me another 10-20 years and they decide to remake this with Omar Epps now playing Zeke McCall? I'd be alright with that.

All hail Love & Basketball, the best movie in the history of film that neither a man or a woman can ever turn down on movie date night at the crib.