That didn’t surprise anybody. What did, however, were accusations from sources close to Embiid and the Sixers’ that suggested Embiid’s disregard for his rehab and diet strongly contributed to his poor standing with the organization.

The Sixers’ frustration came to a boiling point this summer when Embiid openly disregarded advice from owner Josh Harris and head coach Brett Brown to rest instead of heading to the Las Vegas Summer League. The Cauldron’s Brian Geltzeiler, in a damning piece titled “Covert dealings, Embiid’s attitude are undermining Philadelphia’s ‘Process,'” provided the revelations:

Also, according to multiple sources, Harris did not want Embiid to attend the annual Las Vegas Summer League this past July so they could proceed with the surgery on his navicular bone. Brown and Hinkie were both given strict instructions by Harris to keep Embiid from going to Vegas, yet each of them put the onus on the other to handle the job, and neither did.

Embiid was determined to go to Vegas to party for the balance of the 10 days of summer league. While Embiid was in Vegas, he was mandated to wear the walking boot in advance of the second surgery, but Embiid not only refused to wear the boot, but he carried himself as if nothing was wrong with the foot, shooting jumpers and even occasionally dunking. These actions have given rise to the theory that Embiid actually re-broke his foot, rather than the initial injury not healing properly. It also led to Embiid having the surgery a month later than the club originally had hoped.

Geltzeiler also detailed Embiid’s infatuation with unhealthy food that was partly to blame for his increasing weight:

This type of disregard for instruction also extends to Embiid’s dietary habits. Per a source, the Sixers’ training staff was so concerned about what he was eating, they stocked the refrigerator in his downtown hotel residence each week with healthy food. When a staffer went to restock the fridge each week, most everything was uneaten and unopened, and they were throwing out the fruits and vegetables every week. When the team subsequently asked to see Embiid’s room service bill, they found that most days he was ordering junk food along with his signature beverage, a pitcher of Shirley Temples. Embiid also was frequently seen feasting on chicken fingers and hot dogs at and after games.

In past months, Embiid was dismissed as a hard-luck case similar to Greg Oden. He was a seven-footer whose body betrayed him. Given Geltzeiler’s report among others, it appears that the Cameroon native played a part in his own downfall. We discussed Embiid in the TSFJ Online Offices in light of the latest news. 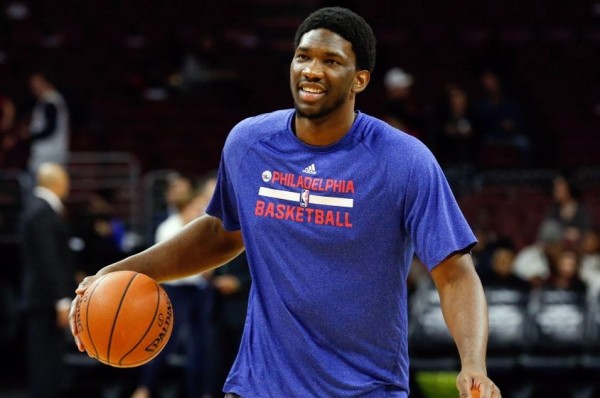 Joe Boland aka @RevPaulrevere: (I’m) pretty sure we already knew that. There were rumors they weren’t happy with his work ethic. But these details are definitely not encouraging.

Jason: What makes this frustrating is that with this out here, it doesn’t exactly make him enticing trade bait. Opposing GMs and coaches would want to take a flyer on someone who has some sort of work ethic, even with a bad injury history (see Miami and Greg Oden).

Dillon Friday aka @noclassfriday: I think it’s a little unfair to dismiss his work ethic. It needs to improve, but that’s also a failure of management.

Jason: No doubt, Dill, but you can’t deny the impact of perception here.

Dillon: Accurate. It’s like you expect these kids to be men as soon as they put pen to paper. That’s not the reality. Look at Cardale Jones. He’s 23 and sending tweets to Ronda Rousey about dates. If he were the quarterback of a pro team would we be laughing at that? So what’s the difference? Embiid is young just as Carey Price was young and Juan Fooseball was young. (Their) status changes and we say “grow up immediately.” It doesn’t work like that.

Jason: Management messed up, for sure. It’s just unfortunate. I didn’t think he was going to be this franchise-changing player to begin with but considering how quickly he emerged in Kansas, you hoped that there would be a semblance of progression. Especially in a league that has gone away from emphasizing the paint.

Jason: Nope. It is correct (too easy).

Dillon: Two—They took a shortcut when the system they adhere to defies them.

Johnathan Tillman aka @thetillshow: Embiid, if healthy, changes the Sixers in ways neither Nerlens (Noel) nor (Jahlil) Okafor can do.

Jason: Do we know that for certain, though?

Till: Yes, because he can be both of them by himself. Not saying he will, I’m saying that’s the talent gap between him and them.

What else can be said about Joel Embiid? Join the conversation in the comments section. 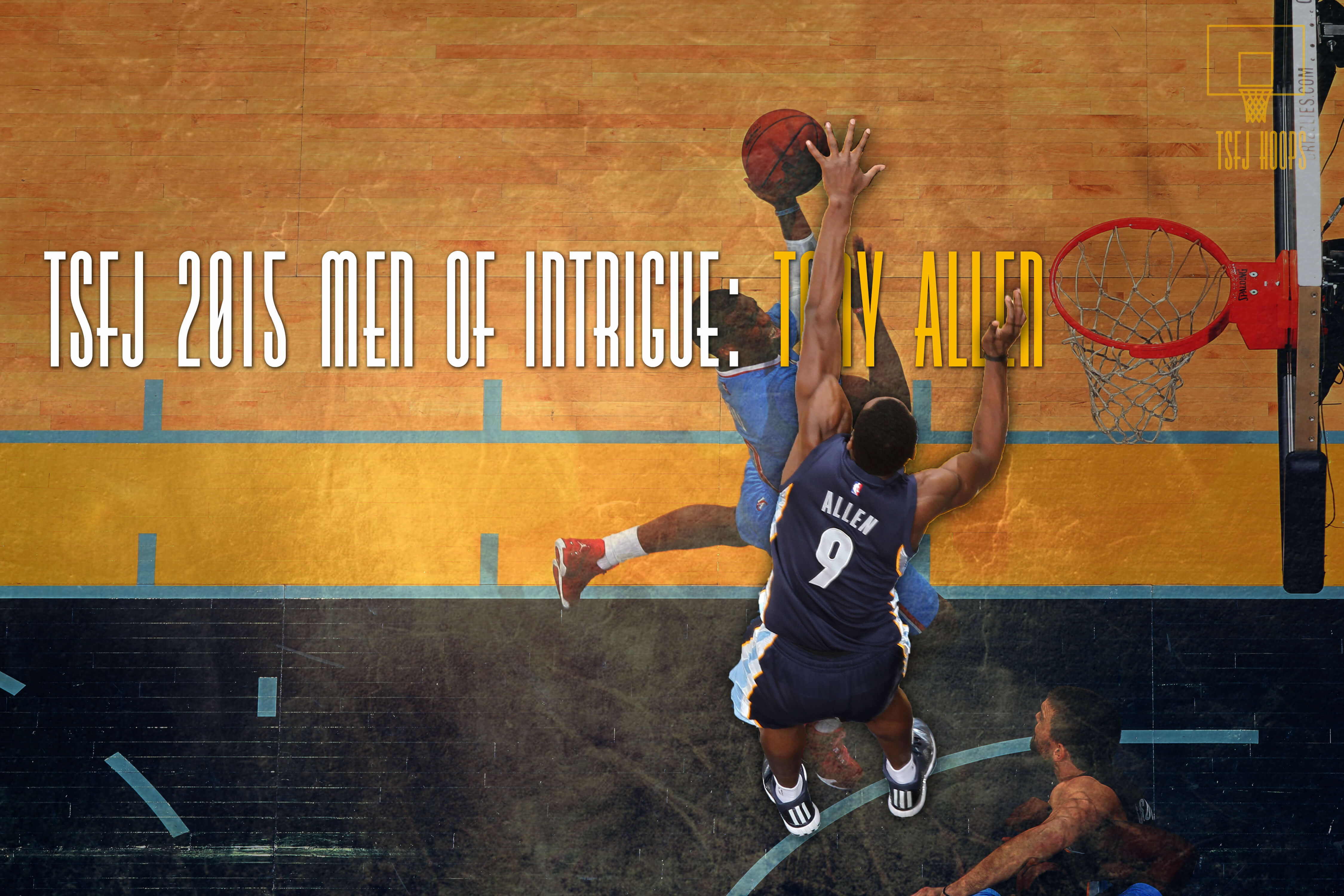 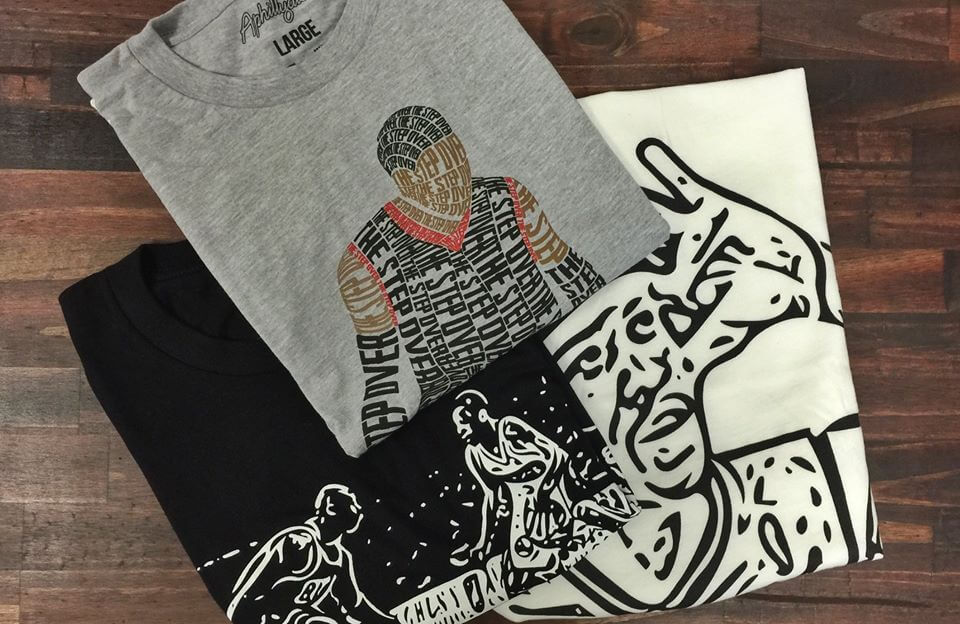 Basketball On Allen Iverson, The Step Over And Being Aphillya…
0