We’re only days away from the Super Bowl of boxing. On Saturday May 3, the pound-for-pound king, Floyd Mayweather Jr. (45-0, 26 KOs), returns to the ring to unify the WBC and WBA welterweight titles and to defend his much coveted undefeated record. But he isn’t the only one with a lot on the line that night. The cast of characters on the undercard is filled with stars that will have an opportunity shine brightly on the biggest stage in the sport. Khan (28-3, 19 KOs) has the most to win and lose on Saturday. Once the sure bet to face Mayweather this month, now he’s just another player in the Mayweather sweepstakes. The biggest and best knock against him is that he’s looked rather plain in his last four fights, going 2-2, with one of those victories being a bit suspect and the other against a much smaller man.

Now he’s got a chance to show Mayweather that he does more than just bring a sizable contingent of British boxing fans to the negotiating table. He hopes to show that he actually deserves a shot at Mayweather. A loss, however, would close the door forever on that fight. With only three fights remaining on Mayweather’s Showtime contract (not counting the upcoming Maidana fight) and so many exciting challengers in the queue (Shawn Porter, Keith Thurman, Manny Pacquiao, Danny Garcia, to name a few) if Khan losses his composure for the umpteenth time, then not only will Khan be permanently out of the running for a future clash with Mayweather, but he’ll start on the final leg of his career, as a mere stepping stone for up-and-comers.

Back from the obscure nooks and crannies of the boxing world, Luis Collazo has the opportunity of a lifetime this Saturday. He earned his shot against Amir Khan, and into the Mayweather sweepstakes, by knocking Victor Ortiz senseless in the opening minutes of the first round back in February.

Since then he signed with Al Haymon, made the fight with Khan, and has been training with all the hope and courage of a man who knows that second chances in boxing are rare.

Back in 2009, he gave Andre Berto his biggest test up until that point but came up short on the scorecards, allowing Berto to go on to bigger, fatter paychecks. Now, Khan is pegged for the same role, hoping to catapult himself into a monstrous paycheck as the B-side to Mayweather in September. As Collazo showed against Ortiz, however, he’s not here to play second fiddle to anyone.

If he can apply the same pressure against Khan, and rattle him out of his game plan, Collazo might come away with the opportunity that everyone in boxing is hoping for. But even if he loses, there could be a great silver lining for him. As recent losses by Mauricio Herrera (against Danny Garcia) and John Molina (against Lucas Matthysse) have shown, if you fight with grit, put on a show and come within an arm’s reach of victory, then a loss can still be converted into a big payday. Molina and Herrera are likely to meet each other soon, in a fight that fans will love to see and promoters will likely reward handsomely. Collazo has the biggest upside possible on Saturday. He just has to fight as if he never wants to see the obscure arenas of boxing ever again. Now, respected trainer Barry Hunter says he’s changed his ways and become the workout beast of old. Maybe that’s true. What we know for sure is that he’s been too busy to shave his beard, which has him looking like a miniature version of Rick Ross. Whether that beard actually tells the story of his refound dedication or just absentmindedness, we’ll find out soon enough.

Broner is fighting for redemption and to put himself in position to earn another title in a new weight division. A victory could mean another hard-hitting Argentine will be standing opposite him in the very near future. Even if he’s successful on Saturday night, it won’t be until Broner faces another hard puncher, like Lucas Matthysse, that we’ll see how much Broner really learned from the brutal lessons Maidana taught him in the ring. Often confused for the other fighter with the same name, Molina is a lightweight who jumped up to welterweight in his last fight against Amir Khan and is now stepping up to junior welterweight to introduce Adrien Broner to the division. He’s supposed to be the fall guy. Even though he’s only got a 30% KO record, he shares an important similarity with his opponent. Both Broner and he are coming off their first defeats.

Recovering from a first loss can be a tricky thing. If ever there was a time when a fighter like Molina can pull off the upset, it’s now when Broner must surely still have flashbacks of his last time he was in the ring. As Maidana found out, a victory over Broner can do wonders for your career. That alone should be motivation enough to push Molina to the limits of his abilities and beyond. Love is the darling of Mayweather promotions. A close protégé of Floyd Mayweather, Love has been given the opportunities that young fighters around the world dream of. Even after a failed drug test back in March 2013, Love has gotten the right fights and support to put him back on the hunt for a title. To be fair, he tested positive for a diuretic, not a PED like the testosterone replacement therapy that guys like Vitor Belfort and Chael Sonnen use/abuse. Diuretics help fighters lose all the water weight they can for a weigh-in, but not much else.

After a close fight with Gabriel Rosado in his last outing, Love is looking to make a statement that will put him into a decent bargaining position against one of the available champions at super middleweight. The obvious candidate is Sakio Bika, who won his vacated title against Love’s upcoming opponent, Marco Antonio Periban. But if Love wants to start making bigger paydays, he’s got to start producing decisive and compelling victories. There’s no better or bigger stage to do that than on Cinco de Mayweather. This once-defeated Mexican came onto the Mayweather Promotions radar in a big way when he fought Badou Jack (a stablemate of Love) to a draw in September. Before that, he came up short against Sakio Bika in a fight for the vacant WBC Super Middleweight title. That scrap was a bruiser but showed Periban has gas for all 12 rounds. Love has shown some fatigue issues that Periban might be able to take advantage of. Moreover, Love is a lighter puncher than Bika. If Periban can take Bika’s blows, you can be sure he’s not walking into the Love fight scared. A win against Love will put Periban on track for a title shot, maybe even against Bika, whom Periban believes stole his title. 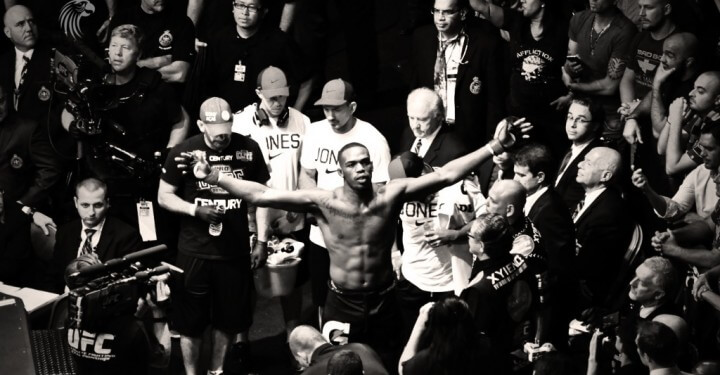