The first step to fixing a problem is admitting you have one.

The WWE, for years now, has put Roman Reigns in a top-flight position with their organization. A position that is considered deserving due to his physical ability, his look, his past as a solo wrestler and in a faction with The Shield. Yet many also believe he’s been rushed to the front of the line due to poor mic skills, a limited wrestling skill set and a personality that’s deemed less dynamic that his current peers and those of yesteryear.

For four consecutive years Reigns has headlined Wrestlemania, and with each year the fans show their disapproval. Some believe that Reigns would never be accepted because Vince McMahon allegedly chose him over fan favorite Daniel Bryan. Of course, McMahon’s fears of Bryan and his (lack of) physical stature ultimately came to pass as Bryan was forced out of the ring for years due to medical issues. Meanwhile, Reigns for the most part has been consistently available for matchmaking. (Except for that wellness violation from 2016 that kept him out for 60 days.) The fans ultimately lost Daniel Bryan then. Thank God that isn’t the case anymore, but some fans are not that forgiving. Hence why no matter the position Roman is placed in, the WWE Universe boos and shouts obscurities at the Big Dog. Here are five ways the WWE can get Reigns right again.

Since The Shield split in 2014, all members have secured the brass ring in sports entertainment. Seth Rollins, Dean Ambrose and Reigns are positioned to be the faces that carry the WWE brand into the next decade. While Rollins arguably the most talented and Ambrose the wild card, Reigns can hold the title as the most consistent performer. However, when the powers that decided to split the trio, things didn’t go quite as planned for Reigns.

Rollins and Ambrose received face lifts, new music and ring gear. Reigns is stuck with a minimal upgrade from The Shield era and the same entrance music. This is how Reigns is supposed to be “The Guy”? Moreover, while Roman is a great worker and an iron man in the squared circle, his move set has been widely critiqued and is impeding on John Cena’s territory with the “Five Moves of Doom”. Watching the face spam five Superman punches and three spears week in and week out, there will be plenty who turn off the TV or head to the concession stands.

This can be fixed with a much-needed reboot. Many superstars have been repackaged into better gimmicks that add longevity to their career. (e.g. Bray Wyatt, The Usos, etc.) Couldn’t Roman tap into his Samoan roots with new ring attire and use more of the move set that was popularized by his family? A new character could go a long way with fans, instead of the feeling of being force-fed to the WWE Universe.

WWE has been pairing singles stars into tag teams since Vince McMahon’s been calling matches, and in recent months this has been the newest wave. Sheamus and Cesaro have had success as The Bar. The New Day is one of the promotion’s best acts. The Bray Wyatt and Matt Hardy pairing prove that investing in weird and weirder can come out roses.

The company touts The Shield as one of the most dominant groups ever, but even when they reunited last year, Rollins and Ambrose couldn’t save Reigns from the jeers. Instead of another Shield reunion, can we pair Roman with familiar faces?

The Usos have flourished after switching to their “locked down” gimmick. Adding more muscle to the duo could lead to a string of dominance on either brand. The Usos are beloved by fans with this new gimmick as heels or faces, something that could help Roman. Moreover, Jimmy and Jey could shoulder the promo load and let allow Roman to be the heavy hitter again. We’ve seen these three grouped together in spurts, but WWE never let it run long-term. Creating a Samoan dynasty could give Reigns the upgrade he needs. Plus, seeing him rock Nike Air Force Ones with The Usos would be awesome and hilarious.

Successful heel turns can be the difference maker to most WWE fans. We all remember when Hulk Hogan became “Hollywood”. When Shawn Michaels delivered “Sweet Chin Music” to Marty Jannety. When Stone Cold teamed up with Vince McMahon.

WWE continues to tow the company line and insist a loud reaction is better than no reaction. Stars like The Miz and Chris Jericho have come to the defense of Reigns and his unique position, stating that Reigns is a great performer and moves merchandise. The problem is merchandise helps the company but not as much as viewership for both live TV  and pay-per-views, as many questioned why WWE would have Reigns vs Samoa Joe main event Backlash over AJ Styles vs. Shinsuke Nakamura.

The outcome? Fans leaving and beating the traffic instead of watching Reigns slog through another main event.

Fixing Roman Reigns will be a challenge, but it’s not impossible. John Cena is the benchmark, as Cena still gets booed. However, Reigns isn’t moving merchandise like Cena (no one does), and Cena resonates with children and is at the tail end of his career. So turning heel is a flat no.

Reigns was tapped to carry the brand, and it’s gone less than ideal thus far. Stone Cold Steve Austin also thinks a heel turn is in order, operate in a mean streak and turn his back on the fans. The problem is that it’s already happened. Plus, Reigns doesn’t embrace the fans, he’s just there.

“Would I like to turn heel? I don’t know. It’s a weird question cause, aren’t I already a heel? If I garnered that reaction, what’s the point? If it’s already happening, if I’m already being booed, why try and get booed? I think right now I’m in a cool situation and kind of a little bit different than anybody because the only person that’s really been in my shoes before is (John) Cena. But Cena is Cena, you know. I’m nothing like him, I’ve never been like him. I think I’m in a good place to kind of do whatever I want to do with this character and not necessarily just be a heel or be a babyface. I feel like my character can be so much more than that.”

Roman’s right in that his character can be so much more than it is now. While many believe a heel turn is the cure-all, Roman isn’t wrong in wondering how it changes their reaction to him. At this point, how many more boos do you want? Unlike current heels who serve as anti-heroes, such as Samoa Joe and Kevin Owens who have legions of supporters, nothing would change for Reigns.

An effective heel turn for Reigns could revolve around attacking the right baby face. Or a turn on one of his Shield brethren.

This is the favorite option to get fans on Roman’s side.

Roman needs to go away for a while. It can be a part of a storyline, maybe an injury angle. Allow fans to forget about him. Let fans develop a taste for other superstars on the program before bringing him back.

After The Shield split, the iron man of the company was Rollins, who often wrestled on live TV two to three times a night. He was (and still is) the best performer in the company. This was a part of his ‘Authority’ angle where he was tapped by Triple H and Stephanie McMahon. This angle saw amazing matches with Rollins vs. Ambrose and Rollins vs. Reigns, among others…

…and then Seth tragically tore his ACL at a house show.

Being out of action gave Rollins something he’d never had. Empathy.

The workout video packages during his comeback sparked the ‘Redesign, Rebuild, Reclaim’ brand. When Rollins returned he was still a heel, but fans were excited to see him. Does it mean Reigns needs to get “injured”? No, but being written off of programming is nothing new for WWE. Positioning Reigns to claw and fight his way to get back to the ring could inject emotion into the character, something he currently lacks. Add in new music, ring gear and a new purpose, and this could breed a fresh start for fans.

These are just ideas. Part of the reason we provide commentary is because we largely don’t know or understand what the WWE’s writers are thinking. Therefore, it’d be the most WWE thing to just keep everything the same. Maybe WWE thinks the reaction is positive, or maybe they’re trolling us.

Roman’s Achilles’ heel for years has been Brock Lesnar. For Lesnar to not be a full-time superstar while constantly teasing a return to the UFC has bettors on Betway Sports frothing at the mouth and diehard wrestling fans constantly frustrated. Moreover, each tim  Reigns runs through the entire division constantly to repeatedly lose to Lesnar feels asinine. Maybe WWE’s playing the longest con, and will put Reigns over Lesnar when The Beast finally leaves The Universe. Who knows?

While none of these ideas are ironclad, Sam Cooke’s legendary tale rings true here. Change is something the WWE’s been unwilling to do with Reigns, and if he’s being appointed as “The Guy” of this era, tweaks must be made. Otherwise, the number of angry fans will rise and the ratings will continue to drop. 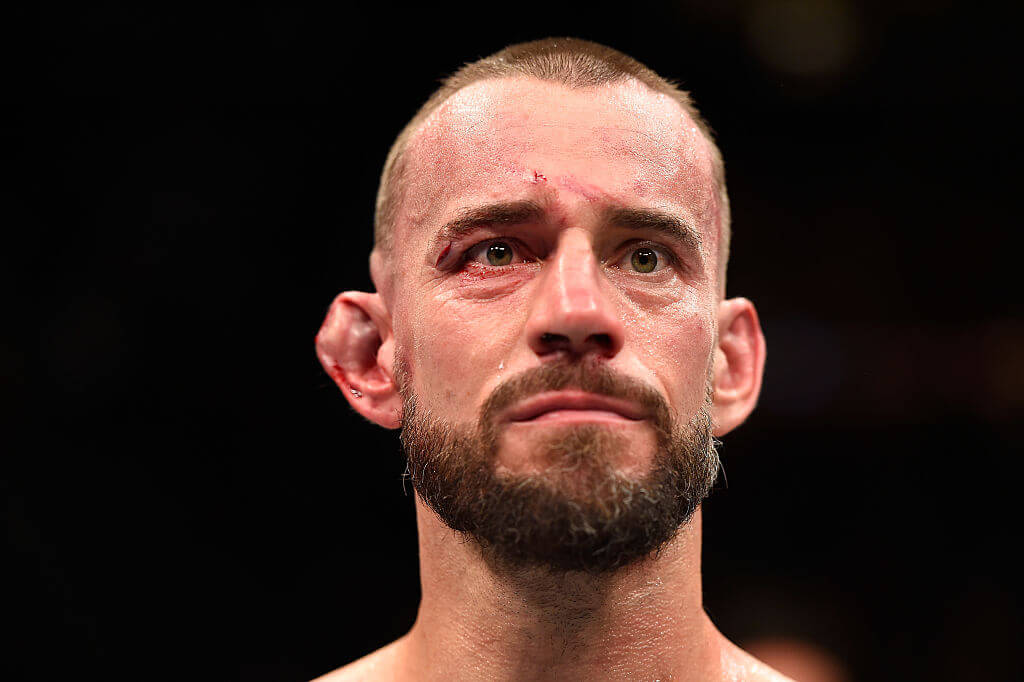