NXT, WWE's developmental brand, invades the Barclays Center for the fifth time to host Takeover on Wrestlemania weekend, the biggest three days of the year. In showcasing the talent that will carry the WWE banner for the next decade, NXT Takeover has been a hard act to follow for the main roster in recent history. A night of champions sets the tone this year as the card will feature five title matches.

Whether watching via WWE Network or if you need a VPN free trial as a workaround to watch, here’s a breakdown of Friday's epic card. 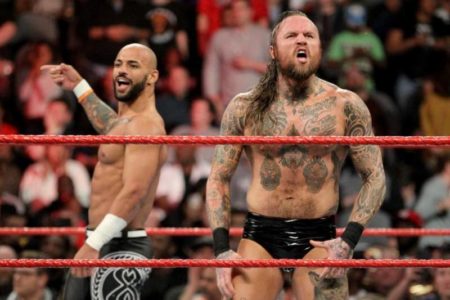 This is the first stop in what will be a busy weekend for Ricochet and Aleister Black. They were the winners of the Dusty Rhodes Classic, all while working the tag divisions on both main rosters shows. The champions, it seems, haven't been featured on NXT since winning the titles at Takeover Phoenix in January. Thus, this Takeover marks the Raiders' first title defense. While Ricochet and Black are an exceptional duo and present a worthy threat to the champs, this seems like a farewell match. Both Ricochet & Black will compete for the Smackdown Live tag titles the next night in fact. Two of the greatest performers to grace NXT will wow the crowd one last time and come up short. 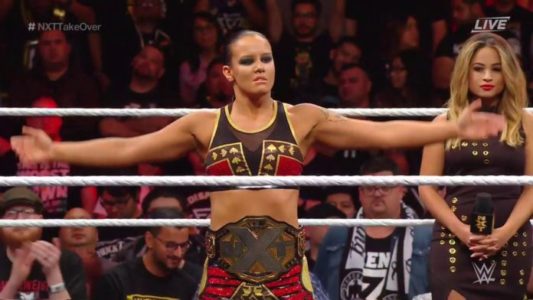 "Shayna Two Time" has ruled this division with an iron fist, belittling all competition that exists on the roster. That attitude earned her this Fatal Four Way for her title. It’s no secret that Baszler is a part of the "Four Horsewomen of MMA." It’s possible she can make an appearance in the main event of Wrestlemania to aid her friend Ronda Rousey. She seems long overdue for the main roster, but a successor to her reign is not clear.

Belair was the obvious threat, but her undefeated mystique was put to bed in Phoenix. The dynamic between the Sky Pirates, Kairi Sane, and Io Shirai, should be watched closely because it's every woman for herself. But the result will still be the two-time NXT women’s champion sitting atop her throne. 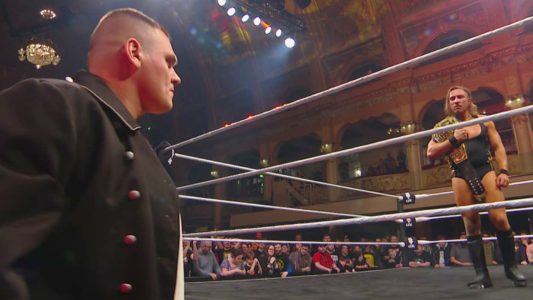 Dunne has held this championship since May 20, 2017. Recent memory can only compare the stronghold Dunne has over this title to Asuka’s NXT reign. Dunne is one of the most exciting performers in the company and is destined to shine wherever he goes. Walter is a decorated champion all over the globe whose intentions were made clear at NXT Blackpool. That mission is to take the United Kingdom championship. Think of Walter as Thanos in this match, as the result will tug at the heartstrings of fans. Walter will end the Dunne era. Be on the lookout for the “Bruiserweight” on Raw or Smackdown post-Mania.

This is the most anticipated match of the show, if not the weekend. We could be witnessing a future Wrestlemania main event years in advance with two elite performers. The Velveteen Dream finally captured his first NXT gold, defeating Johnny Gargano. Immediately came what might be his stiffest competition in Matt Riddle. Both are fan favorites and this contest will likely include many near falls to keep you on your toes. Riddle is currently undefeated, and his run is undeniable. However, Gargano lost in his first title defense and the North American title has got to mean something. Dream over in Brooklyn as Riddle suffers his first NXT defeat in a tightly contested battle. Fans shouldn’t be surprised if this is the best match of Wrestlemania weekend.

An untimely injury to the neck of Tomasso Ciampa prevented Gargano/Ciampa III. The best feud in pro wrestling will have to wait. The vacant title will be decided between Johnny Takeover and the most popular heel in NXT. Cole earned his spot defeating NXT's elite in a Fatal Five Way. Since his debut, the goal has been to send shockwaves throughout NXT.

Gargano is possibly the best in-ring storyteller in all of WWE, so this match will excel from start to finish. Like Ricochet and Aleister Black, Gargano did receive some run on the main roster. So, it’s up in the air what his future holds. With Ciampa out for the foreseeable future, Johnny could be kept around for star power and to finish that storyline in NXT.  Meanwhile, Cole has lost steam since losing the North American title in August. The last notch on Gargano’s checklist will go unchecked, as the quest to bag all the gold for the Undisputed Era begins.