The man once known as the ‘Straight Edged Savior’ returns to the Octagon this weekend, as CM Punk is slated to face Mike Jackson at UFC 225. All eyes will be on Punk in his second ever bout as a fighter, as he continues to have much to prove in his second most famous professional venture. Wrestling fans had great excitement for Punk entering his UFC debut against Mickey Gall in September 2016. Unfortunately, Punk’s entrance lasted longer than the actual fight, which turned into one-sided bludgeoning. While Punks’ post-fight speech inspired many to pursue their dreams regardless of outcome, the reality was a grim one.

In the year and a half since, Punk has been ridiculed, with many saying the sport is not for him. Even Dana White was reluctant to bring him back onto a UFC Promotion. A horrific loss wasn’t enough to deter CM from the sport, as he’s trained tirelessly ever since. Now Punk will get his second chance in the Octagon, to the ire of the fight world, because, well, he’s a draw. Whether they are on his side or against his existence in the sport as a whole, people will tune into watch Punk fight for the pure spectacle if nothing else.

Regardless of how his UFC exploits turn out, the possibility of a return to the squared circle remains the most enticing subject around Punk, since he walked away from pro wrestling back in 2014. At that time, it wasn’t a work or storyline angle: Punk was fed up with the schedule, the way his character was being used and worst of all, the doctors. Punk is in the middle of a trial against WWE doctor Chris Amann, who he alleges misdiagnosed his staph infection and mistreated his concussion. Amann is seeking compensation due to defamation. It is an ugly affair that still has no end in immediate sight.

Punk has tried to leave the wrestling world, stating he would never return. That proclamation never deters the fans from chanting his name, with WWE fans hijacking shows with “CM Punk” chants becoming a pastime with no end in sight. Without a doubt Punk takes notice of this and speculation arises. We may be inching closer to a return from the former two-time WWE Champion.

Although he will perform in the Octagon in front of his hometown of Chicago on June 9, that may be just the first major event that features the ‘Second City Saint’ on his home turf this summer. Punk has also been dabbling in making an appearance at September’s “All In” independent wrestler spectacular, which will also take place in Illinois. The event is the first non-WWE promoted event to break 10,000 tickets sold since the WCW days in the late 90s. Adding Punk to the mix cold take it to another level completely, but as always, what is in it for Punk? Is it sticking it to the WWE, love the rebellious nature of the event or could he truly does miss pro wrestling?

Currently Punk is slated for an autograph signing at One Hour Tees the same weekend as the event. It’s also on record that Punk was backstage at an All In press conference. All the tea leaves point to Punk being involved in the biggest indie show ever. Cody Rhodes, who also left WWE, has been riding the wave of challenging the machine, putting on great matches and leading a strong social media following for his work worldwide. “All In” comes from his mind and could be the start of a new rival to WWE down the road. Nabbing a talent like Punk would certainly be a draw, but Cody isn’t dishing on any secrets.

With the writing more than all over the wall I’m calling it…win, lose or draw this weekend, Punk will become a part of history come September. With the trial and his ongoing disdain for WWE showing no signs of letting up, I believe ‘All In’ is the perfect way to stick it to WWE right in his backyard. Punk will be signing autographs for thousands of loyal fans that weekend who would pay top dollar to see him in a ring. It would be extremely easy to appease those same fans by appearing at the event in a segment, as a special referee or laying someone out. It’s a win-win for aforementioned “Chick Magnet” Punk as he continues to be one of the biggest stars in an industry he has been absent from for over four years.

I will be rooting for CM to get his first professional victory over Mike Jackson June 9th as the sports betting world has Phil Brooks as a +185 underdog, but I am more eager for September 1 to and the chance to reminisce on the days of Punk screaming “It’s Clobbering Time” with Cult of Personality in the background.

For this scenario, I am indeed ‘all in’.

Pushing All The Chips In On CM Punk At UFC 225 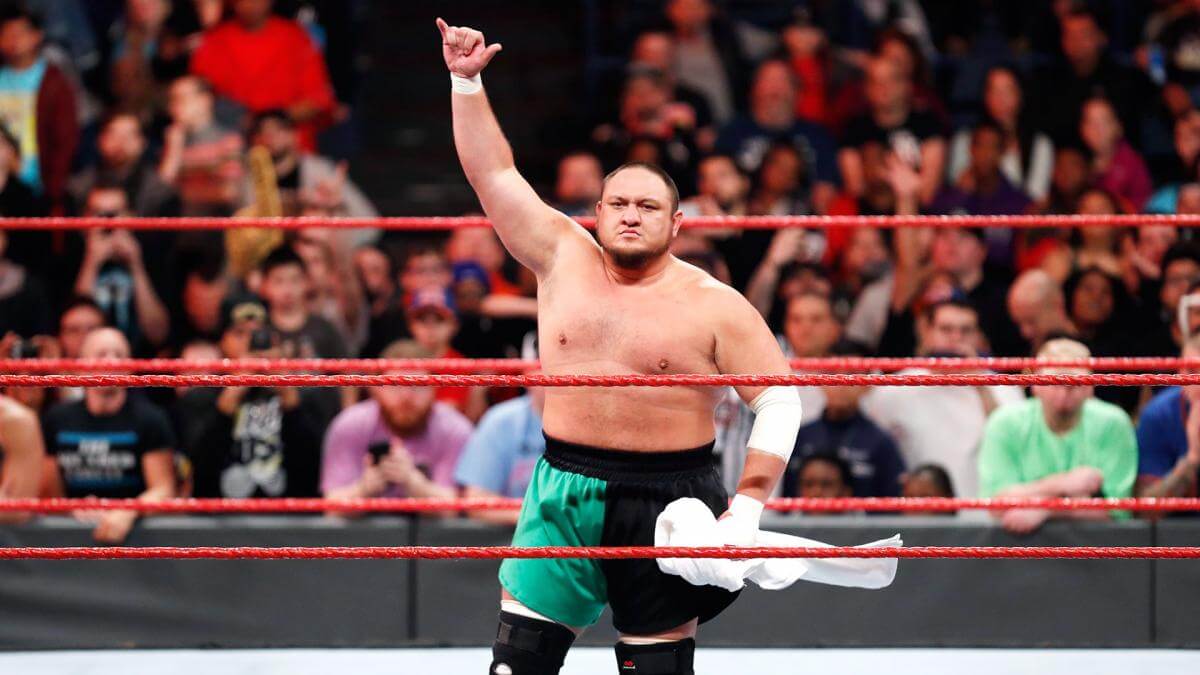 Cedric Welton Money In The Bank 2018: Preview, Predictions And S…
Cedric Welton The Roman Reigns Experience Has Soured – Her…
0