The Portland Trail Blazers were one series win away from an NBA Finals appearance to end the 2018-19 season and were tipped by US bookmakers to do so. It didn’t quite feel that way because of how the Trail Blazers fell to the Golden State Warriors, but the league-wide message of Portland is on the cusp was well-received.

As history shows across the NBA landscape, veterans notice and want to be apart of contending cultures. This past offseason, Anthony Tolliver was no different when he signed a one-year deal with the team.

“Dame (Lillard) and CJ (McCollum) are one of, if not the best duo in the game right now,” Tolliver said to TSFJ over the phone following a Trail Blazers practice on a Tuesday afternoon. “They’re phenomenal. They’re mature. They’re leaders. They know what it takes.”

Tolliver is now entering his 12th NBA season. In three previous playoff appearances, the veteran forward had always been on one-and-done postseason squads, and he strongly believes that could change course this season.

“You surround those two guys with a bunch of guys who play hard and are in it for the right reasons, you’re gonna have a recipe for success,” Tolliver offered. “A huge reason I wanted to come here was to be a part of what they’ve got going. I feel like they have a unique mix of everything you need to be successful.”

As part of the mix the 6-foot-8 Creighton alum was referring to is the balance of veterans and youth the Trail Blazers carry into the next decade.

Out of 510 players listed on NBA rosters for the opening night of the 2019-20 NBA season, only 86 were at least 30 years of age. Tolliver entered the NBA ahead of the 2008-09 season before two-way contracts had teams carry 17 as opposed to 15 players per team. At that time, around 130-of-450 players were 30+, with many other veterans of around a decade nearing the benchmark.

Since Tolliver first joined The Association, teams have gradually gotten younger, as are industries nationwide due to cost-cutting. Tolliver – who has played on nine NBA teams – says the thinking has hurt the NBA in some respect.

“When I first came in the league, everybody had a bunch of veterans and a few young guys,” recalled Tolliver. “Now it’s just the opposite pretty much. I think there’s a lot that could be lost in translation when there are not enough veterans around to teach the young guys. A lot of young guys are out there trying to figure it out for themselves.”

“It’s taken delays of development for some of the young guys. So over time, you’ll see a lack of understanding in certain situations,” he continued. “Coaches are always going to be knowledgeable, but there’s so much that is communicated from player to player where a lot of coaches can’t really get that same message across. It’s kind of like the parents of the kid. The parent might say one thing a hundred times, but as soon as a highly influential outsider of some sort says the same exact thing, the kid actually listens.”

It also helps to have someone like Lillard, whose NBA MVP odds are as high as anyone's in the league, and McCollum, someone who proved he is deserving of a future first-time All-Star nomination, in your backcourt. They're also now veterans in the league and four-year alums from low-major college basketball programs. Both were also top-10 draft picks in consecutive seasons. Their non-traditional path to being high-level talents provides a type of leadership ability that Tolliver says is needed on NBA teams.

“There are so many young superstars now that sometimes whenever you have a young superstar or younger superstars, it’s harder for a veteran that hasn’t been a superstar to mentor those guys,” he reflected. “I think you have to have a mix of older superstars and older role players that will allow you to speak the language of everybody. And I think we’re missing a lot of that. Some teams might have a couple of veterans but those veterans have always been role players. It’s kind of hard for me to relate to a guy like Karl Anthony-Towns, who has been a superstar. I could help him, but I can’t help him the same way that say, Vince Carter can, or Kevin Garnett can or somebody like that who has been a superstar and has been in his shoes.”

Even so, it does benefit teams to have a player like Tolliver around because of his own wisdom. Most come up like Lillard or McCollum, but beyond that, even fewer come up like Towns or Garnett, as he mentioned. There are many who would identify with Tolliver's NBA story because, by nature of sheer numbers, most NBA players have never been superstars.

Tolliver has had the experience of playing in nine different NBA cities – San Antonio, Portland (twice), Golden State, Minnesota (twice), Atlanta, Charlotte, Phoenix, Detroit (twice), Sacramento – along with three G League cities in Iowa, Austin, and Idaho. Though it hasn't been easy, it makes him a source of leadership on how to maneuver from city-to-city, a valuable trait to have in today's NBA climate where around half the league just switched teams in 2019 free agency.

“At the end of the day, I’m all about taking advantage of the opportunities that are in front of me and taking advantage of the ability to grow relationships and let everything else take care of itself,” he said of the thought process when constantly on the move. “I’ve moved around a lot, yes, but that just means I have a lot of friends in a lot of places. For me and my family, it hasn’t been the easiest thing in the world to move that much but it is very rewarding because now, we go across the country and all across the country we have truly good friends in all of these different cities we’ve played in.”

Aside from basketball, the constant movement has helped Tolliver's businesses away from the court. Among them, Tolliver founded a real estate company in Springfield, Missouri in 2009 called Say U Can, just one year after making his NBA debut. Fellow NBA forward Zach Randolph is a partner of the company, Tolliver also says he's worked with Steph Curry, among others in the league.

Tolliver also helped launch Big Blanket a company he started with one of his best friends from college in Dane Watts. 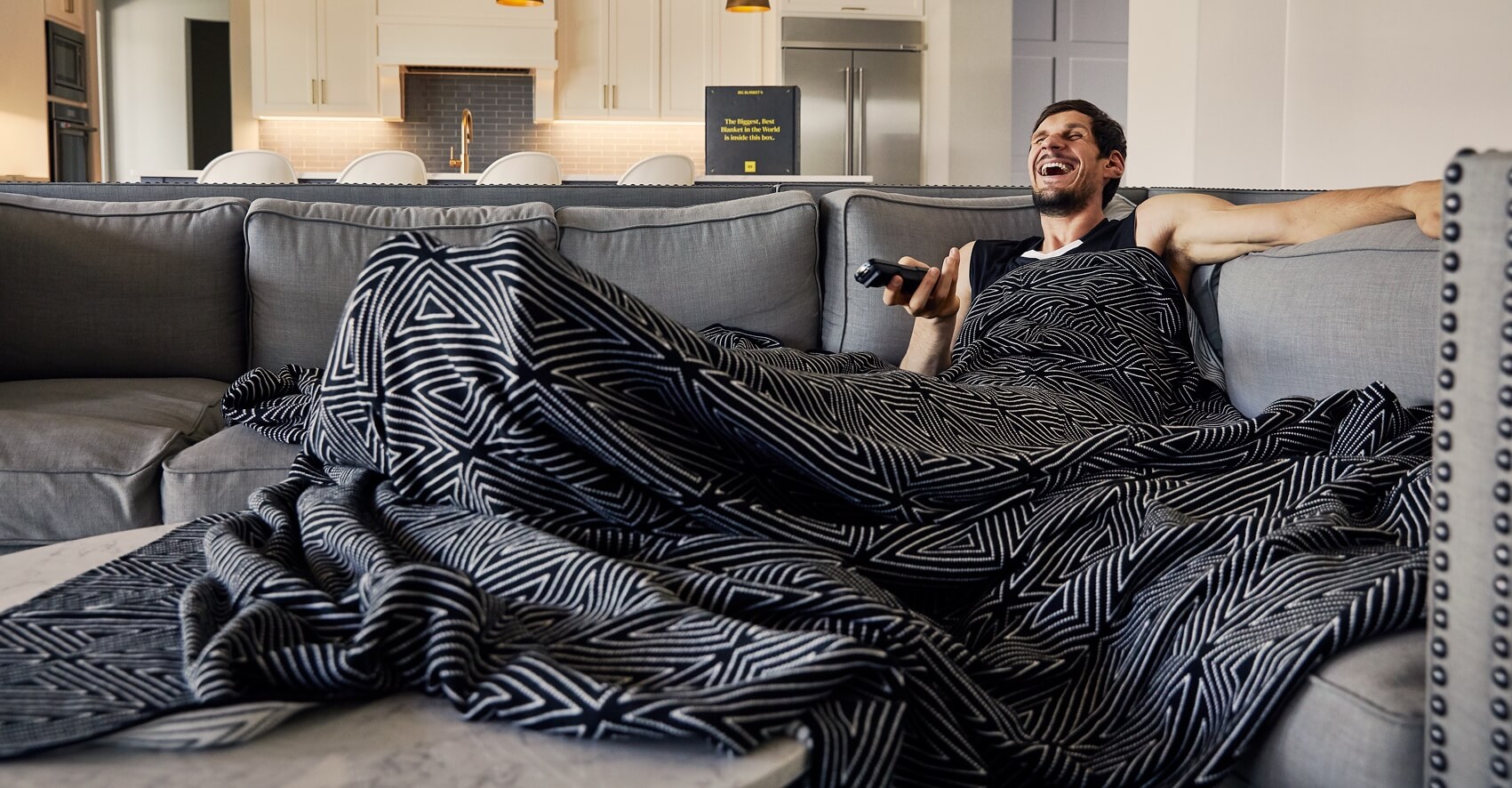 Boban Marjanovic in a Big Blanket (via CloseUp 360)

“We recently brought in Boban (Marjanovic) as basically our mascot for Big Blanket,” he said, laughing. “He's one of my really good friends from playing together in Detroit. We’ve always stayed in touch and I was able to bring him an opportunity to have ownership in a company that’s growing. He’s happy and we’re happy.”

The company just launched the largest weighted blanket in the world, which is 100x120 inches. It’s almost as big as the traditional big blanket which is 120x120, or 10-feet by 10-feet. The XL weighted blanket is 30 pounds, according to Tolliver. The company is also looking to add different products in the near future.

While his playing days aren't yet over, he insists that once they are, he'll be as prepared as possible.

“Basketball’s been my passion for my whole life but for the last 15-20 years, basketball’s one, and business has been 1A. I’m passionate about it and I have a lot of fun doing it. A lot of people struggle with post-career. I’m not ‘ready’ for it, but when I am done, you won’t see me pouting and whining about it. We’ll be just fine.”

I know, I know. I've aged poorly. I also know that neither you or I actually believe that. I cover NYC sports + more in a variety of ways. 4x NYPA nominee.