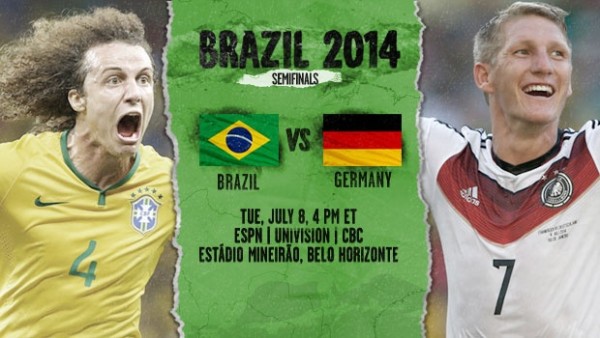 The soccer gods have gifted us a dream semifinal. Brazil, five-time winners of the World Cup, take on Germany, who have won the trophy a mere three times, in just a few short hours. Both nations play under tremendous pressure. Brazil's coronation on its home pitch has been all but a formality since FIFA awarded the South American country the World Cup in 2007. Now the Brazilians face the prospect of failure while their two best players spectate from the sidelines. Is a final four appearance enough to appease the restless fan base?

On the other side, Germany has emerged from a defensive-minded, disciplined past to become a team with real attacking flair. Joachim Low's group plays eye-pleasing soccer and has for years. But while the results continue to fly in, the trophies do not. Is it possible that Germany needs to win this game more than the host nation? 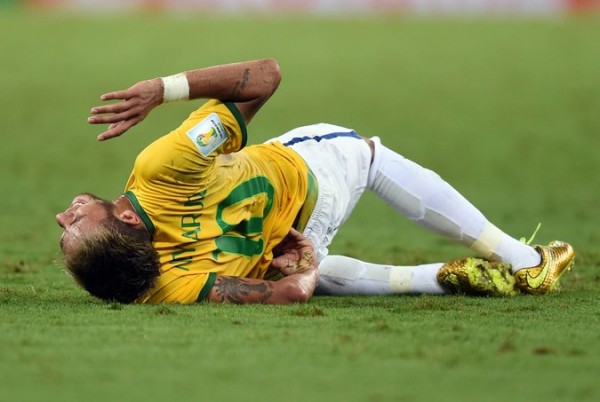 The Case for Brazil

When Neymar was felled by a flying knee against Colombia on Friday, the scene divided Brazilians. Was this the death knell in an uninspiring tournament run, an excuse that would allow Brazil to lose without burning the country down? Or was it a rallying point for a team in desperate need of a spark?

Either way, Neymar's diagnosis, a fractured vertebrae that will keep him out for the remainder of the World Cup, has only heightened the nerves of the host nation. Brazil sees itself as the world's preeminent soccer power, and with five World Cup titles — the most in history — it's difficult to argue against that notion. This is the first time the country has hosted the tournament in 64 years. Anything less than a “Sixth Star” would be considered a massive disappointment/national disaster. After all, the widespread protests leading into the World Cup were brushed aside by Brazilians who wanted their fellow citizens, dissenters included, to rally behind a presumed champion in el Selecao. If the team comes up short, though, even the Amazon will go up in flames.

Neymar is hurt. Thiago Silva, the captain, is suspended. Fred is Fred. Hulk legally changed his name to Bruce Banner. Brazil's three goals in the knockout stages have come off set pieces. They're set to face the most disciplined and perhaps best team of the World Cup in Germany. Douse those torches in gasoline, folks. 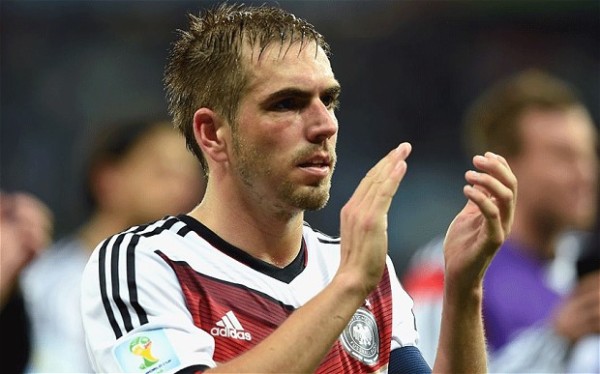 The Case for Germany

You've surely heard Gary Lineker's famous quote about soccer by now. The Englishman said, “Football is a simple game. Twenty-two men chase a ball for 90 minutes, and at the end, the Germans always win.”

Four straight World Cup semifinal appearances, the first team to accomplish that feat, for Die Mannschaft suggests that Lineker isn't too far off. Then again, more often than not is not always. Despite the collection of final fours, and two more in the European Championship during the same time frame, Germany hasn't won a trophy since the 1996 Euros.

Here's another surprising statistic. The Germans have a losing record in World Cup finals. They've won three (1954, '74, '90) and lost four (1966, '82, '86, 2002). With the exception of 2002 — incidentally the last time the Germans played Brazil at the World Cup — all of those results came as West Germany. Franz Beckenbauer, the captain of the 1974 champions and coach of the 1990 winners, dreamed of a dynasty once the Berlin Wall fell. A united Germany would birth a new era in soccer. That hasn't exactly happened.

It's funny what a World Cup title can do for a nation. Look at Spain. Five years ago they were soccer's great underachievers. Behind the likes of Xavi, Iniesta, Casillas, Villa and Alonso, the Spaniards redefined their reputation. Germany, to a lesser extent, has that opportunity this year. The Germans always win except when they don't. Will they assume Spain's vacated throne atop world soccer? Or bow out once again as quadrennial choke artists?

Allow yourself for a moment, if you can, to separate Brazil from its setting. This is far from the nation's best side ever. It certainly wouldn't crack the top five, and may just sneak into the top 10. That speaks to both the quality of a Paulinho, Luis Gustavo, Fernandinho midfield and also the tremendous soccer history of the nation. If this tournament were anywhere but Brazil, the Selecao could be excused for producing a valiant effort in loss. But it is in Brazil.

Still, I think Germany needs the win more. Whereas the Brazilians' dispirited outfit lacks "all-time" status, this German side is one of the best in the country's history. It's undoubtedbly the best of the unified era. Germany needs to punctuate that presence with a trophy. Becoming the first European team to win the World Cup on South American soil, dispatching the hosts along the way, would be quite the statement.