As the story goes, Paul Brown considered it logical, not virtuous, to sign black players to his new team, the Cleveland Browns. In 1997, Brown’s son Mike told the New York Times, ”His comment to me was that ‘This wasn’t anything I did to advance a cause. All I was trying to do was get the best football players; I thought these were the best football players and they should have a chance to play.’ ”

Paul Brown’s neutrality does not exempt him from being one of football history’s most impactful characters. History remembers him as a hard-nosed coach who spoke his mind and irritated Art Modell. But history also remembers him as the coach who broke the All-American Football Conference’s color barrier on September 6, 1946, when two black future Hall of Famers, Marion Motley and Bill Willis, ran onto the field as Cleveland Browns.

This is not a history we can escape, try as some might to minimize our role in it. Cleveland is part of the American story of racial progress; it is part of our legacy. That this history is in football makes it even more peculiar that Colin Kaepernick has not been signed to the quarterback spot.

I’m from the east side of Cleveland, a city so divided by race that growing up we called one part of town the white side and the other the black side. Racial tension simmers beneath the concrete, snaking through dilapidated low-income housing and beautiful, revitalized neighborhoods. You’ll catch a glimpse of it every now and then when someone proudly strolls E. 9th & Carnegie Ave dressed as a caricature of a Native American chief.

Cleveland is a city so mired in 24/7 sports debates that it’s easy to forget our contribution in advancing black athletics. I haven’t forgotten because my dad made remembering such history a point. There is a poster of Ernie Davis wearing #45 hanging in my parent’s basement. I was gifted Kenny Lofton playing cards as a kid. One of my most prized possessions is a Cleveland Buckeyes Negro League t-shirt, and for my 18th birthday, my parents bought me a Dwight Gooden jersey, in part so I wouldn’t have to personalize it with my last name.

So this legacy does not end with Motley and Willis; Jim Brown, who recently likened players’ kneeling to flag desecration, is part of that legacy. To exclude free agent quarterback Colin Kaepernick from our team because some disagree with his method of protesting racial injustice is regressive. Without black football players who endured vicious pile-on, bloody hands and unnecessarily violent hits, the Cleveland Browns wouldn’t be in the NFL. Cleveland is the perfect, if not the predestined, place for Kaepernick. In coming to Cleveland, he’ll join a lineage of black men in football who have faced hate and won, while making plays and blazing trails.

When I first saw Kaepernick sit for the anthem, I was inspired. I see so much of the bravery and resolve in him that those former Cleveland Browns players also had. The lyric “land of the free” hasn’t always resonated with me. Not when my cousins spent a decade in Ohio state prison on low-level weed possession charges while states adjusted marijuana laws to suit the capitalistic desires of non-black people. I was disappointed when I read that the Browns would not consider Kaepernick as their quarterback. How do we reconcile leading the way in civil rights issues and breaking color barriers, but refusing to embrace someone who is the modern-day sports representation of the fight for racial justice?

In 2014, LeBron James and Kyrie Irving wore “I Can’t Breathe” shirts during a pregame warm up as a silent protest of the murder of Eric Garner, upsetting many Cavs fans. There will always be people who disagree with the methods of those who are in the fight for justice. But that didn’t stop Cleveland before and it shouldn’t stop us now. If we fail to make room for Kaepernick, we let hate win.

I want to believe that in spite of criticism from people who’d rather turn a blind eye to the racial climate of the time, Cleveland can stand firm in our history of egalitarian greatness. It’s our history of leadership.

America has a race problem. From nine black churchgoers being killed by a white supremacist during bible study to a cop in Georgia “jokingly” reassuring a white driver that “we only kill black people”. This is what Kaepernick kneeled against. This is why, despite the privilege and opportunity that wealth has brought him, he did not stand and honor a nation built on discrimination. And this is why Colin Kaepernick should be my quarterback with the Cleveland Browns. 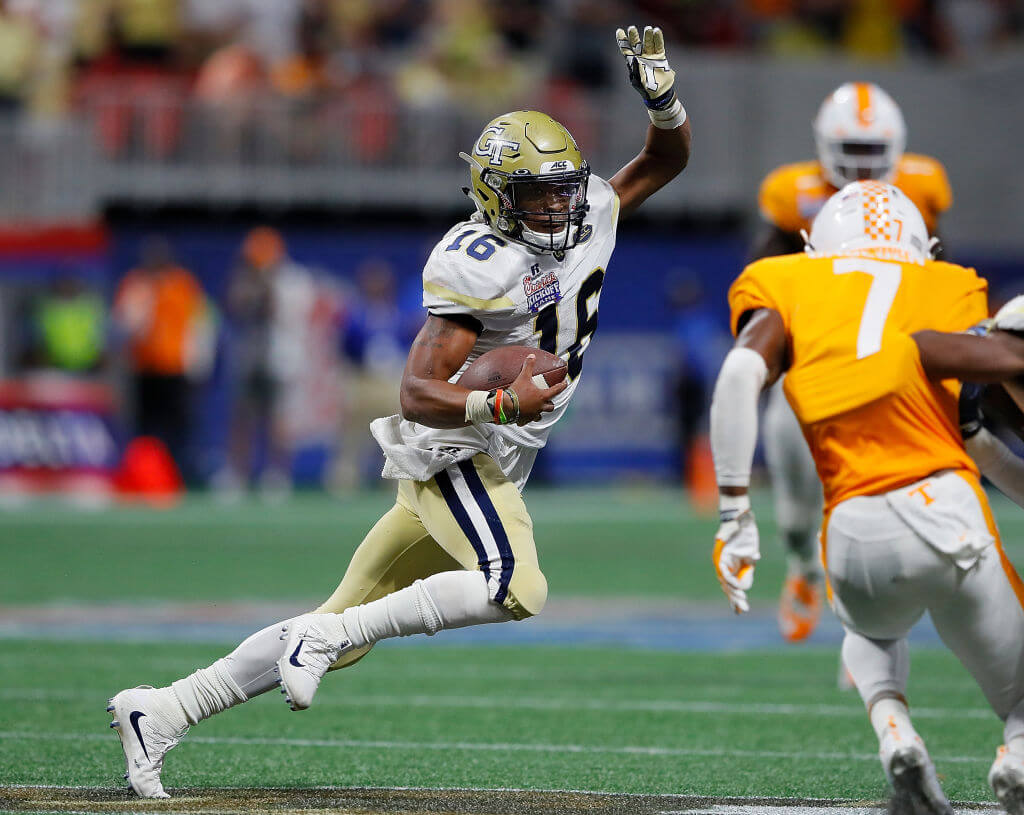