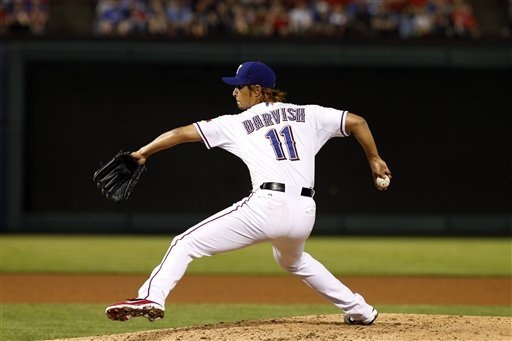 This year is the widest open season of Major League Baseball of all-time. Due to the additional Wild Card spot coming into effect, there are no less than five American League teams and six National League squads that are still within three games of heading to the postseason in their respective leagues. The pressure will be on like never before when September hits, and it should create a pressure cooker that runs thick through the game nonstop. The All-Star Game gets the fake credit of being the so-called game that “counts this time.” Well, now every game, for an entire month, counts for more than half of the game. That’s competitive balance that even the NFL would have to salute.

However, every team headed to the postseason Promised Land isn’t sweating the details like that. There’s a few that know October baseball is in their future, and it’s about arriving in the best shape possible. But just because their tickets to the dance are nearly punched doesn’t mean much once the music starts playing. Once the cream rises to the top, everyone is equal again, and that’s when problems that can be avoided now become pretty big issues all of a sudden.

Remember the Detroit Tigers last year? They won the AL Central by 15 games, riding the arm of Justin Verlander, and not much else, pitching-wise. When the ALCS came around, and high-inning fatigue made even the Cy Young-MVP become mortal, nobody was there to step up and they fell.

How about the Philadelphia Phillies of last summer? Baseball’s overall best team did a lot of damage behind an often impenetrable pitching staff, but still featured an on and off offense. In the end, that lineup couldn’t get Roy Halladay a single run in a decisive game 5, and their season ended at home in the first round.

All this goes to say that everybody’s got issues. There’s no such thing as the perfect ball club. For this year’s top seeds in the works, after all that is celebrated, what’s left to be concerned about? Well, in a familiar turn back to last year, it’s still all about the arms. While all are capable of banging the ball all over the place, finding a way to keep the other guys off the board could be a challenge for all of the in-season frontrunners.

So in a year where the race for the last few spots is in the spotlight, here’s how those underdogs can get over in the long run.

Washington Nationals: It’s a horse that’s getting beat to a slow, yet unavoidable, death, but the imminent removal of Stephen Strasburg from the top of their pitching rotation is a complete game changer. Not only because it takes out a clear Cy Young candidate, but because it changes the matchup potential against every other team. The Nationals' biggest advantage this season has been having the upper hand in nearly every starting pitching showdown. Removing Stras makes them vulnerable to losing games in the middle of each series by finally being outmatched on the mound.

New York Yankees: This has been the Yankees' issue for years now, but can their starters stand up to the Army-level assaults that are also known as an American League lineup? The injury bug has lived in the rotation all year, and even the uber-durable CC Sabathia has taken two trips to the DL this year. Hiroki Kuroda has been a plus, but even the Yanks themselves know they are shaky in that area, reaching to sign Derek Lowe off the scrap heap to add something to the rotation. Without Mo Rivera looming at the end of the game, there’s going to be a constant sense of urgency this franchise hasn’t known in about the last, oh … 18 years.

Texas Rangers: They have a ridiculously stacked lineup that’s capable of putting up football scores, but at the same time there is absolutely no way to know where their starting pitching will be in regard to health. Already a staff that had no clear top gun, they’ve been so beat up by injury that they have had 11 different starters so far. Colby Lewis and Neftali Feliz are already gone for the year, and Roy Oswalt was a complete bust as a rotation boost. In the best-case scenario, Ryan Dempster and Matt Harrison stay sharp, and Yu Darvish doesn’t bury himself behind too many walks. The Rangers can easily go to their third straight World Series, but they’ll have to do it with their worst pitching of any of the campaigns by far.

Cincinnati Reds: They are looking pretty flawless right now. I mean they lost the frontrunner for the MVP in Joey Votto over a month ago and are playing even better without him. However, the odds of that holding on throughout the playoffs aren’t quite as good, and that means that the burden will fall on the staff. Johnny Cueto could be chasing down the first Reds Cy Young since 1990 and has only given up 6 home runs all year. The same can’t be said for his rotation mates in Mat Latos, Bronson Arroyo and Homer Bailey.

8 Replies to “Armed And (Not) Ready? How Baseball's Best Could Fall”