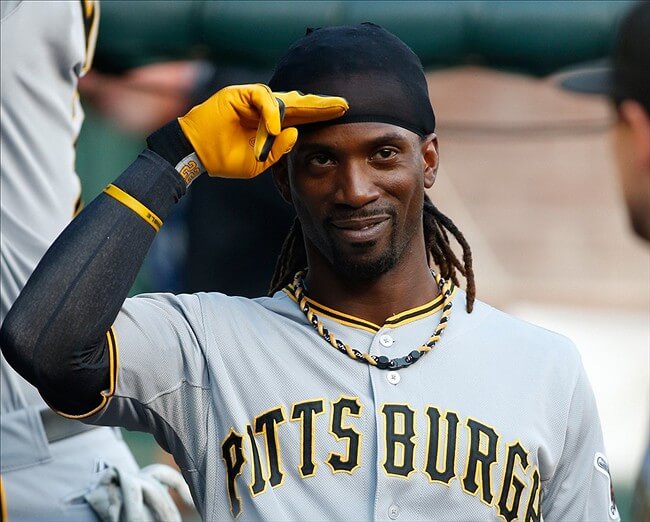 Yesterday, what’s been known for months was made official: Andrew McCutchen was crowned as the Most Valuable Player of the National League for 2013. It was a year where he came back to finish what seemed like impossible business just a few years back — making the Pittsburgh Pirates winners. But it was also a year that transcended numbers, wins and headlines. It is way more than just that …

It’s the coming of a king.

The Cutch did not lead his league in anything of particular note. Not hits, like he did last year, nor did he put up the average, home runs and RBI or score has many runs as he did a year ago. It could be argued that he won the game’s top honor in his second best year, and on the surface level it would not be a lie. Yet in an age where baseball has toed the line between legal seminar and advanced math class, McCutchen blurred the lines of sense in the game. He played a ballplayer’s year, where the impact that radiated off of him carried his team to a level that was nearly a generation removed.

Nobody brings more to the field than he does. Sure, there are other talented players that make amazing feats look average. The excellence of those players, the Trouts, Cabreras, Molinas and Kershaws of the world, cannot be denied. But McCutchen is unique unto his own lane. Not only is he among the game’s elite, but he carries not only a city, but also a culture on his back. With the podium that he stepped to at the top of the game yesterday, it becomes the first time since Ken Griffey Jr. that the popular MVP face of baseball belongs to a black man that belongs to the people.

See, Barry Bonds carried the title, but he never captured the people's hearts. He did nothing to deliver the punch that the status quo and popular opinion needs, because the notion that lives the greatest lie is that baseball is dying in the black community. That its once pioneering outlet, that gave birth to the great legendary tales of the Negro Leagues and then shot out of the cannon that bore Jackie Robinson, has now taken a complete knee to the popularity of the NFL and the easy relation of the NBA. And while it would be foolhardy commentary to say baseball stands shoulder to shoulder in the black community with those leagues today, the mere presence of McCutchen, or last year’s Cy Young winner David Price or Derek Jeter, who still has legitimate claim to being the face of the game, proves that quality has taken over for the loss in quantity.

A bright enough spotlight can show the truth in any dark room, and what the rise of McCutchen can be to the culture is a revival. Baseball needs a facelift. It needs to reflect it is not a game that is only populated by foreigners and a white America. The black presence in the game should not be dominated by fading memories of Willie Mays, Hank Aaron and, to an extent, Griffey. It is a game that has to peel back the layers of what it has become to show its truth again: that the presence of African-Americans is essential to the soul of the game. The black population needs a beacon to help it embrace the game that was pivotal in the civil rights battles waged just a few generations ago. It needs to be able to reach the children that don't see their reflection in the mirror of a professional baseball field. That is what has become the great strength in the surpassing basketball and football culture for the black community — because you can look at the field and see your reflection. That's "us" out there, not "them." It needs a leader of a new school.

The black community does, and always will, support its own. And that is what McCutchen represents: something to get behind that is reflective, relatable and kindred. An awakening with the people by seeing one of their own at the top of the game is due, because the image of McCutchen is the image of today’s black America. He’s kept his identity, whether it be his dreads, his personal style or the flare he plays with that is so allegedly dead in the game.

See, the MVP is everything that the game’s been missing, and hopefully he can bring back a lot more that it has been too — mainly the people that have benefited so much from it in years past. The people have been waiting for Cutch long before he even emerged. The city of Pittsburgh has already embraced his aura, and now the baseball nation has recognized it in full. And now that platform is set, it is time for the people to do what they almost always do: gravitate towards and uphold their own. In the same way those previous generations did Jackie, the next one stood behind Hank and their seeds followed Griffey, it is time for a another revival behind this phenomenal and timely talent in black and gold.

The same way that Allen Iverson shifted the culture of the NBA 17 years ago and changed the way it had been seen, Andrew McCutchen could be on the verge of doing the same thing now. And it’s about time.