The most infamous Twitter user in the world – and the President of the United States – made a typo.

From the very nanosecond the service’s users woke up on the East Coast saw it on Wednesday, the predictable happened. If it wasn’t a White House reporter or political analyst retweeting the original tweet or a screenshot after its deletion, seemingly everyone else with an account had a joke or meme they just had to get out there.

Perhaps we collectively keep pointing, laughing and mocking because we feel helpless against the increasing recklessness of this administration. This could be a mere guess, but there might have been a few hundred thousand fewer tweets about the rollback of civil rights protections here in the United States or concerns over the bombing in Kabul that killed scores of Afghans just trying to go about their day. Maybe we jumped on the typo with glee because we have to laugh to keep from crying, raging or throwing our hands in the air in disbelief. (Of course, we finally did ease up on the jokes yesterday because climate change is important.)

The unrelenting typo kept dancing along all social media feeds and cable news shows when reports of vandalism at LeBron James’ Los Angeles home broke through. On the eve of the superstar’s 41st NBA Finals game, he learned that the most potent racial slur in America was spray-painted on the front gate to his California abode. It’s not that he hasn’t dealt with overt racism in his life – hell, some of the same people cheering him on now reminded him of the perils of being black in America when he left Cleveland seven years ago.

James isn’t unfamiliar to speaking out, in fact, it’s a major reason for the reaction that his existence inspires. In connecting the horror suffered by Emmett Till to the ongoing pains of millions, his words reflected a frustration about a wider world that refuses to see our plight. (Ours: not just as an African-American, but as a human being who believes that discrimination is man’s most destructive weapon.) That two-plus minute clip above stirred emotions and elicited praise because the most famous black man on Earth not named Barack Obama said them, felt them and wanted you to remember them.

Meanwhile, the shelf life of a typo hadn’t exhausted itself yet.

If you took a look elsewhere online after the James story dropped, you might have come across more news of racial calamity. A noose was found hanging inside the Smithsonian Museum of African-American History and Culture. It wasn’t the first time the museum complex had discovered such imagery this week, an angering thought for anyone with a conscience. The three incidents – the vandalizing of LeBron’s Brentwood estate, the first noose found at the Hirshorn Museum, and this second noose – are isolated, but not really. They are the recent public reports of a new reality in the nation: the rise of overtly racist actions perpetrated by individuals emboldened by the election of an impressively ignorant con artist. These people are brazen because their misguided anger about an evolving world was validated with this president’s rise to power; a power previously held by an ‘other,’ kept away from a woman and now held by a manipulative child.

Still, while most eyes were on LeBron, it was hard to shake that goddamn tweet. Never mind that our political comedy is at its most pointed, if not exactly its wittiest, in years. Forget that our dramas feel contrived now that a few plotlines became real. And don’t even think about how news programs feel like SportsCenter for the politically obsessed, except the sports folks are far better at their jobs. Entertainment professionals may be working to figure out if life imitates art or art imitates life, but opportunistic PR reps just have to be funny for their clients in sponsored tweet form:

Day turned to night and while many of us kept pacing back and forth about sports’ latest epic trilogy, we flipped over to a seemingly fascinating battle in its own right, Game 2 of the Stanley Cup Final. The Nashville Predators were a couple of hours from staring a 2-0 series deficit in the face, preparing for what was going to be another tough battled with the defending champion Pittsburgh Penguins.

And there it was: NBC, in its star-obsessed wisdom, showed a brief shot of Predators defenseman P.K. Subban anxiously singing the Star-Spangled Banner as the Penguins’ anthem singer belted the tune. For the majority of TV viewers, there may have not been much of a though to it. Yet, considering how the day went, those few seconds provided an incredible juxtaposition.

The most talked about active hockey player to the sport’s playoff viewing audience right now is not arguably the best player on the planet (Pittsburgh’s Sidney Crosby), but a black Canadian who happily donned a cowboy hat and sang Johnny Cash songs upon his stunning trade from Montreal to Nashville last summer. Here he was, a guy who has certainly been called the same word that decorated an iron-wrought gate in California multiple times in his life, exerting a small piece of the personality that makes him as beloved to some fans as he is reviled by others. It was kind of sublime. It was also something that could only happen in America, if you were desperately looking for a bit of redemption.

Yet, at midnight, Twitter was still giving us ‘Moments’ about a typo. As expected, the social media service told us that Sean Spicer said Sean Spicer things. It mentioned that Hillary Clinton, who will be subtweeting this president for the rest of her life, said Hillary Clinton things. Pop culture kept on popping with it, although by that point, the East and Central time zones went to bed while those in the Mountain and Pacific ones might have finally moved on.

Collectively, we spent all of Wednesday and a good bit of Thursday fixated on a single typing mistake from an aspiring, but incompetent authoritarian. In fairness, we were all over it because he has heartened people that are bold enough to spray paint a racial epithet on the property of a superstar sports figure or leave ropes hanging in plain view of average museum goers. Yet, we could have used a few more good quintessentially American moments like a black hockey player singing “what so proudly we hail…” while waiting for the puck to drop.

How ‘Covfefe’ Almost Overshadowed Another Tale of Racism and Sports 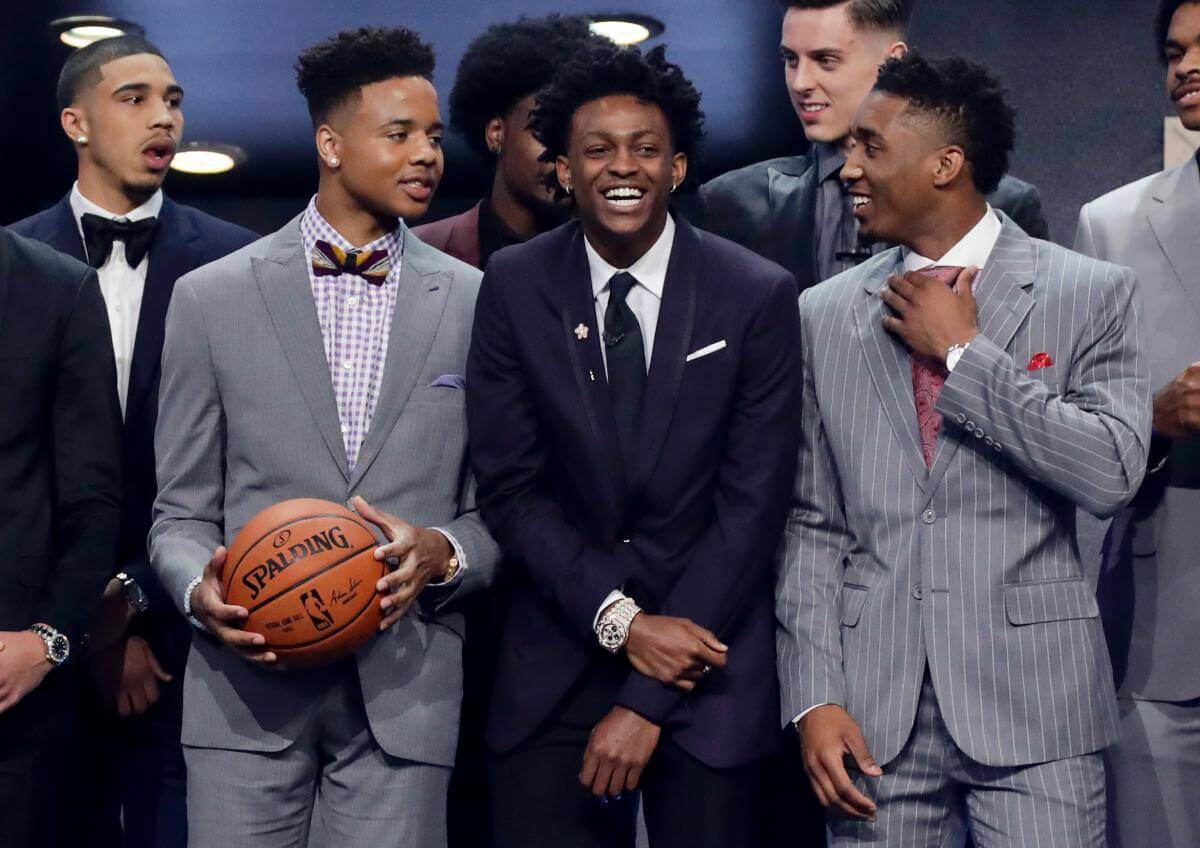 A Sports Scribe The G League Is Ready For The Future Of The NBA…
Etc. 10 Throwback Songs You Need On Your 2017 Memorial …
0