The very concept of betting on football always fascinated me since I was a kid, reading the lines in the sports section of the New York Daily News, right next to the treasure of a wrestling column from ‘The Slammer.’ I’ve always been amazed by how much men (though certainly a few ladies bet on sports), play the odds, hoping for all sorts of variables go the right way for them to make some cash on their wagers.

So when the odds for next year’s Super Bowl champion were first announced barely after the confetti was cleaned up at U.S. Bank Stadium, per usual, it got a chuckle out of me. If you haven’t heard, the New England Patriots are the favorites to win Super Bowl LIII in Atlanta – you know, over the actual Super Bowl champion Philadelphia Eagles (a phrase I really wrote and edited in the year of our Lord, 2018).

Did anyone in their right minds expect the coaching choke job by the Patriots on Sunday? A single bad decision is one thing, but on top of going against an aggressive and talented offense from Philadelphia, the multiple gaffes by the Patriots made it possible that a team can amass over 600 yards of offense, not punt a single time… and lose.

The Patriots’ now-former defensive coordinator Matt Patricia takes over as head coach in Detroit. And like Kyle Shanahan the year before him, he’ll have to shake off what was undoubtedly his worst day at the office since play-by-play guys fell head over heels for him midway through the regular season. Shanahan’s infamously bad second half as offensive coordinator of the Atlanta Falcons didn’t cost him a job he already agreed to, but it certainly put a lump in the throats of the San Francisco 49ers fans who saw an offense completely collapse despite a 25-point lead.

Perhaps because of the immediacy of feedback from… well, all of America, Shanahan owned up to his shortcomings from the day after Super Bowl LI to his introductory press conference with the Niners. And with the 49ers needing much more than a change in offensive play calling, it was probably best that Shanahan got in front of the storm partially of his own making. (The comeback was not possible without great adjustments from the Patriots themselves; including Patricia, new Colts nemesis Josh McDaniels as offensive coordinator, and head coach Bill Belichick.)

And so far, that’s the difference between what happened with Atlanta a year ago and what’s ruining the clam chowder in New England right now. There’s a stunning lack of culpability, most notably being displayed with the conversation around cornerback Malcolm Butler, who was sidelined for all but special teams on Sunday. That there are more rumors than facts about why the free agent to be didn’t play on defense tells you everything wrong with how the Patriots are handling things. Sure, getting coherent answers which aren’t soaked in anger immediately after the game isn’t always the best way to understand how a favored team suddenly ends up with egg on its face.

But Patricia repeated his non-answers to reporters when asked about Butler. Belichick was even more Belichick-ian than normal. And Butler, a former Super Bowl MVP who emerged as one of the league’s better defensive backs after Seattle’s infamous mistake, is left to wonder if it’s worth plying his trade for the only franchise he’s known beyond Sunday night.

If you’re a gambling man (or woman), and you see how New England is dealing with the fallout while being bestowed as the favorites for NEXT season, you must sound like Kanye West right about now. But hey, maybe Las Vegas and others are sneakily making Philadelphia the true favorites to repeat. Surely, Eagles fans would love to wear those dog masks next winter.

The Patriots Are Somehow Favored To Win Super Bowl LIII

Featured Evidence The 49ers Were Right To Pay Jimmy Garoppo… 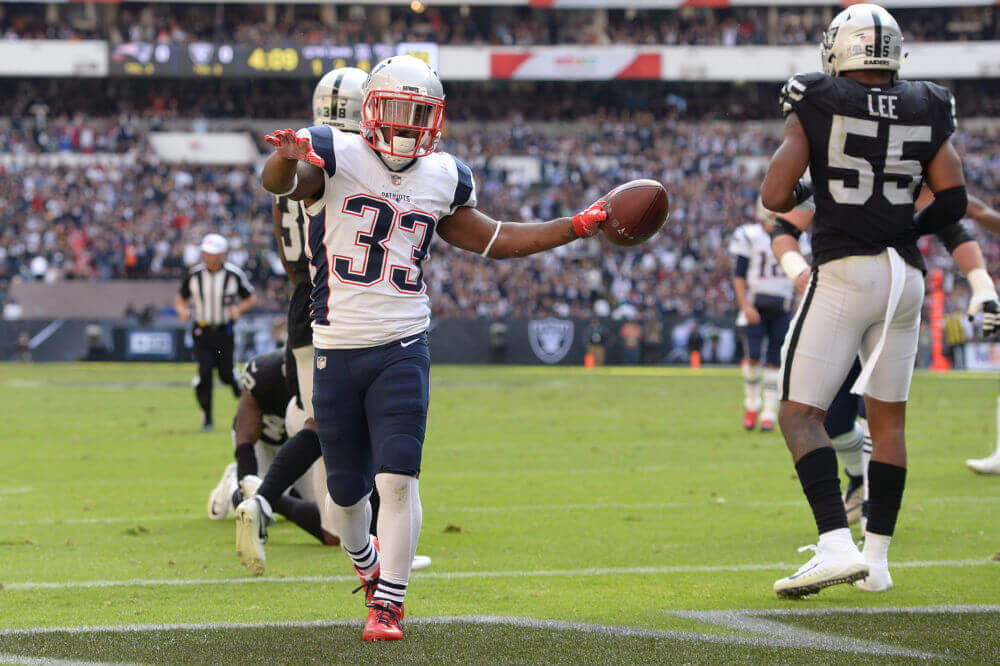