With the new NFL season beginning tonight, there will be a few more people tuned in for reasons beyond football, banner raising – congratulations to the Philadelphia Eagles – and controversy. It has long been assumed that the reason for the NFL’s large viewership numbers, and by proxy, its popularity is that plenty of fans gamble on the games, regardless of legal status. For those people, put aside passion for sports, the league’s appointment-setting schedule and the collective case of FOMO, it’s all about point spreads and football betting guides! Nielsen’s set-top boxes and diaries have no idea if you have money on the Buccaneers vs. Giants, but there appears to be some tangible data that confirms the assumption.

In a 2016 study commissioned alongside Nielsen Sports during the 2015 regular season, the American Gaming Association found that:

Of course, you can assume this was one of those “tell us what we want to hear” sort of things for lobbyists, and that could have been the case. But when the Supreme Court put the boots to the longstanding federal ban on gambling, the most pressing questions were about when individual states would start setting up legal shop. Unsurprisingly, the first were New Jersey – which presented its case to the Supreme Court – and Delaware as they are two states in proximity of five different NFL teams. (Seven, if you are considering Buffalo and Pittsburgh.)

As other states prime their buckets for those wagered coins over the coming years, the one question that may finally get a legitimate answer has been on this Scribe’s mind for years: who exactly are these degenerates?

I mean, we could kind of guess who, but not really.

Having grown up in a household with little in terms of easily disposable income, the concept of betting on sports was completely foreign to me, no matter if it was putting dollars on horses or daring to wager on a Mike Tyson loss in his prime. Yet, every newspaper sports section worth its salt reported on the over/under and spreads of games alongside the actual analysis and editorials. I was far from the only person removed from that ‘underworld’ of sports, even though folks did their fair share of shooting dice around my way.

Maybe there was some unofficial belief that us broke minorities in the hood just didn’t gamble like that, save for the friendly bets at school or the barbershop, but it wasn’t until college when I first came across a few guys who did. They found some portals overseas that allowed them to bet on football, even though it was unequivocally illegal in most of the United States. These well-to-do white kids from either the edge of the city or the suburbs had a few dollars to play with… until they got a little frantic every time a kicker shanked an extra point.

Yet, going back to the earlier point, if the money was why the game was so popular – except for a team actually winning games – then why didn’t everyone wager something, by hook or by crook? Do you think many of them cared about the debt they could fall into?

Even through just five states (Nevada, West Virginia, Mississippi, New Jersey and Delaware) are fully operational right now, we’re going to find out if betting is that much of a driver to the league’s viewership. Of all of the issues the NFL continues to create, the one that is somewhat overlooked is the amount of absurdly mediocre teams that depress their fans on gameday. And depending on how many people live near in or near a legal state, there could be a few more TVs on in those regions to watch Nathan Peterman throw five more interceptions in a single game (or half).

When my colleague Bev Gooden (with the debaucherous assistance of Carden Hedelt) embarked her journey into sports betting during the NBA Finals this past spring, it was interesting to note that there are people outside of the norm that wanted to wager on the sports they loved. I’ll be very interested in seeing how, if at all, the sportsbooks that moved quickly on the Supreme Court decision try to attract different players in the game. While it’s hard right now to know how diverse the sports betting audience is, maybe data from several newly legalized states can give us a glimpse into who’s joining the party after decades of being shut out.

Let’s not get ahead of ourselves, there’s a long way to go for the activity to be fully embraced around the country as most states are still unsure if they want to have legal operations in the first place. But over time, we’ll learn a bit more on who’s willing to watch the fourth quarter of blowout games because they have something riding on them.

Will Legalized Sports Betting Make It A More Diverse Activity? 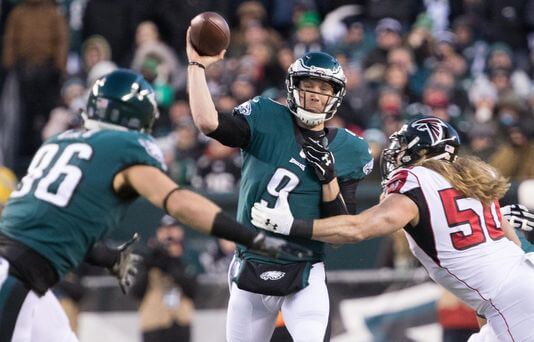 Football 40 Things To Watch For During The 2018 NFL Season…

Football The NFL Has Offended My Morality, But I’ll S…
0