For those who regularly follow the WNBA, the mere mention of the word ‘playoffs’ are all we need to get out attention. Yet, it’s usually around playoff time for every league where more eyeballs converge in hopes of seeing its best teams throw everything including the kitchen sink at each other for a chance to become its champion.

Just as a season ago, much of the hype around the league came from a reconfigured and sort-of-chaotic playoff format. The four lowest ranked teams face off in two separate single-elimination games in Round 1 – in this case, 7th-seeded Dallas will travel to Washington DC to face the 6th-seeded Mystics while Seattle (8th) flies to #5 Phoenix. In the second round in two more single-elimination battles, the higher ranked of the winning first round teams will head to Connecticut to face the 4th-seeded Sun while the lowest ranked goes to New York to play the 3rd-seeded Liberty, the league’s hottest team at the end of the regular season. Survivors of those games will settle into best-of-five semifinals series to against either top-seeded Minnesota or 2nd-seeded Los Angeles, the defending champions.

So here at TSFJ, in the likelihood that you see Twitter buzzing about some hoops, here are four players you should keep an eye on during the first round. As we look past the expected faces, an impressive rookie, two underrated players and a living legend should provide a good bit of intrigue in Round 1.

Skylar Diggins-Smith has been outstanding this season, pacing the Wings with 18.5 points and 5.8 assists per game. Yet, her play has a greater spotlight this time around because of the improved cast around her, including the return to form for forward Glory Johnson after missing most of 2016. Notably, her backcourt mate who has helped put the Wings in its first postseason since moving from Tulsa after the 2015 season. She’s had an excellent calendar year of hoops between running the floor for NCAA champion South Carolina and being put into the starting lineup in her rookie pro season. The fourth pick in the WNBA Draft started all 34 games for Dallas, putting up 13 points, 3.9 rebounds, 1.5 steals and 1.3 assists per game.

In single-game eliminations, there’s even more expected of a player such as Gray because the Wings aren’t all that deep of a team. It was just a few months ago as a member of the South Carolina Gamecocks where she dropped 18 and 10 with three blocks to win a national championship against Mississippi State, so if she could bring a bit of that back for the Wings, it could go a long way.

The Mystics were somewhat underwhelming this year after remaking a win-now roster featuring Elena Delle Donne, hindered a good bit by injuries and the growing pains of a new lineup. According to Bestonlinesportsbooks.info, the odds of Washington bring home its first title continued to lower as the summer progressed. If anything, Washington has been fortunate with having the steadiness of Meesseman at the pivot. The Belgian native and one-time All-Star averaged 14.1 points and 5.7 rebounds in 23 games, including 21 starts, this season. As many players in the league, Meesseman missed several games to play for her national team in Eurobasket, but returned where she left off to keep the Mystics in the running for a top seed for most of the season. She compliments Delle Donne by doing much of her work in the paint while the former MVP spends a good bit of time out on the perimeter.

Despite all the changes in basketball in recent years, regardless of gender, the WNBA still features quite a few forwards and centers with strong interior games, including the four other teams with byes into the second round and semifinals. Meesseman can hold her own with most pivot players, but she’s going to have to do far more than that to help the Mystics get back that preseason confidence back.

She came into the national spotlight back at UConn, with insane quickness and unrivaled vision. None of that has changed over the years, whether for Seattle or the women’s national team. And even at 36, with the wear and tear of a life on the court, Bird is finding lanes no one else can. One can debate if this Storm team has anything left for the playoffs after a tumultuous season that saw a late-season coach firing and some uneven play, but when you watch Sue Bird play, you’re not going to wonder if she has nothing in the tank. Just watch this clip. You’re welcome in advance.

Diana Taurasi has been, still is and may always be a singular force in the WNBA. Even with missed time from a leg injury, Brittney Griner finally had the season where she was the unbeatable player we had envisioned since she came out of Baylor. Yet, the Mercury had another season where no other players emerged as consistent third and fourth options on offense. That struggle was why the team traded for Monique Currie from San Antonio in late June, and the veteran has been the only other player not named Taurasi or Griner that averaged double-digits in scoring (10.2 points per game).

Drafted third overall out of Duke by the now-defunct Charlotte Sting back in 2006, Currie has always been a versatile, do-everything kind of player that could put up big numbers some nights and extra elbows in the paint for others. Someone else is going to have to get buckets in a hurry for Phoenix, and with a 30-point game to her credit this season, it might have to be Currie. And if she can do so while adding more savage trash talk, all the better.

Four To Follow In The First Round Of The WNBA Playoffs 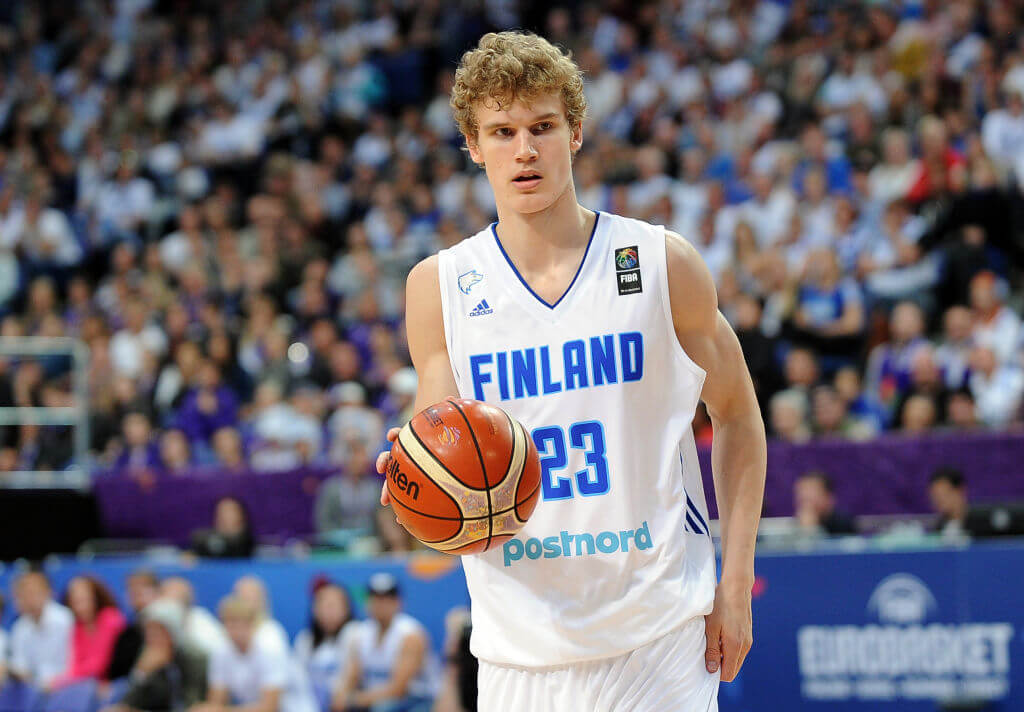 Basketball On Lauri Markkannen Dominating At EuroBasket And F…
0