As boxing fans rightfully sulk about the posturing between Anthony Joshua and Deontay Wilder and await the delayed Canelo Alvarez/Gennady Golovkin rematch in September, the summer will do its best to whet the appetites with plenty of scraps in the hotter months. Yet, there will also be a return to the ring of sorts for a show that gave ‘the sport of kings’ a vehicle to produce new stars.

Later this summer, EPIX is reviving The Contender, the reality competition show where hungry up-and-coming boxers compete for the chance to win a pro contract and a cool $250,000. The original program, which aired on NBC in 2005, grabbed our attention because we caught a glimpse of young men in and out of the ring in a way we hadn’t seen before. Hosted by Sugar Ray Leonard and Sylvester Stallone (with Tony Danza taking over for Leonard in Season 4), the series continued onto ESPN for the next two seasons before moving to the former Versus (now NBC Sports Network) for a seemingly last hurrah in 2009.

The famed Mark Burnett Productions got a hold of the franchise this time, rebooting the show nine years later in a whole new sports and media landscape. Despite the consistently errant belief that ‘boxing is dead,’ the sport is on television more than ever before with thanks to multiple promoters carving out deals with various national and regional networks. Now on a premium cable channel, the EPIX edition will have to scrap a good bit to capture the splintered attentions of sports fans in 2018 through social media. Yet, EPIX is banking on the names involved to break through the viral noisemaking with compelling stories and exciting action.

The new version has a ton of budding in-ring talent from around the country as well as legendary trainers Freddie Roach and Naazim Richardson manning the corners. Yet, the ace-in-the-hole for this version will be its host, former super middleweight and light heavyweight world champion Andre ‘S.O.G.’ Ward.

“I genuinely love the sport. I wasn’t in it to make money or become famous, but those things were really secondary,” Ward explained on why he signed on as the show host. “I love the people, I care about the fighters because I was a fighter, as it gets harder to say. I’m a former fighter and I know what these guys are going through. They’re looking for a shot, they really need the money to support their families and put themselves in a better (financial) situation.”

“I really loved the time I spent with Sugar Ray Leonard, and I knew it was a risk to hand the franchise over to somebody else,” said showrunner and executive producer Eric Van Wagenen. “But literally after a 15-minute conversation with Andre, I felt like the franchise was safe in his hands. A day into shooting, I knew that the franchise was his and that he was going to take it and really deliver.”

The show was built with Leonard, long enshrined in the International Boxing Hall of Fame, but getting Ward, a future Hall of Fame pugilist in his own right, is akin to a sports channel nabbing a former player for the broadcast booth days after filing retirement papers. At the age of 33, the ‘Son of God’ retired last September after an unblemished 32-0 record, but to this new venture, he brings the experience of someone who's been through the fires at all levels from a stellar amateur career (including an Olympic gold medal) to lineal championships in two weight classes.

Credentials and media savvy certainly add to this version of The Contender, but there’s something at play in 2018 that may have not been as overtly discussed in the sports public in 2005. Because boxing is a violent sport, it’s hard to not watch a match – whether a big fight on pay-per-view or a showcase on regional cable – and wonder how these fighters will contend with concussions, long-term concerns such as CTE and other brain trauma as they age.

The show was once against produced under the auspices of the California State Athletic Commission. Van Wagenen assured viewers that the guys selected were experienced in the ring, but not full of the wear, tear and questionable intentions to participate. “We did get applicants that had 30, 40 fights that we shied away from. We weren’t looking for people who were coming in after a long, tough career that were looking for a money grab. But we were very conscious of (fighter health). They were good enough during the production to give us the best California referees, guys who have proven that they care about the fighters first.”

Ward was realistic about how a fighter balances health concerns with his or her desire to make a potentially lucrative living in the sport. “There are a lot of fighters who have fought for a long time and older fighters in their 70s and 80s who are fine,” he reflected. “And you’ve got some fighters who didn’t have very long careers that are struggling. Sometimes that has to do with fighting and sometimes that has to do with their lifestyle while they were fighting. A lot of times, whether people like it or not, this isn’t in the forefront of these guys’ minds. 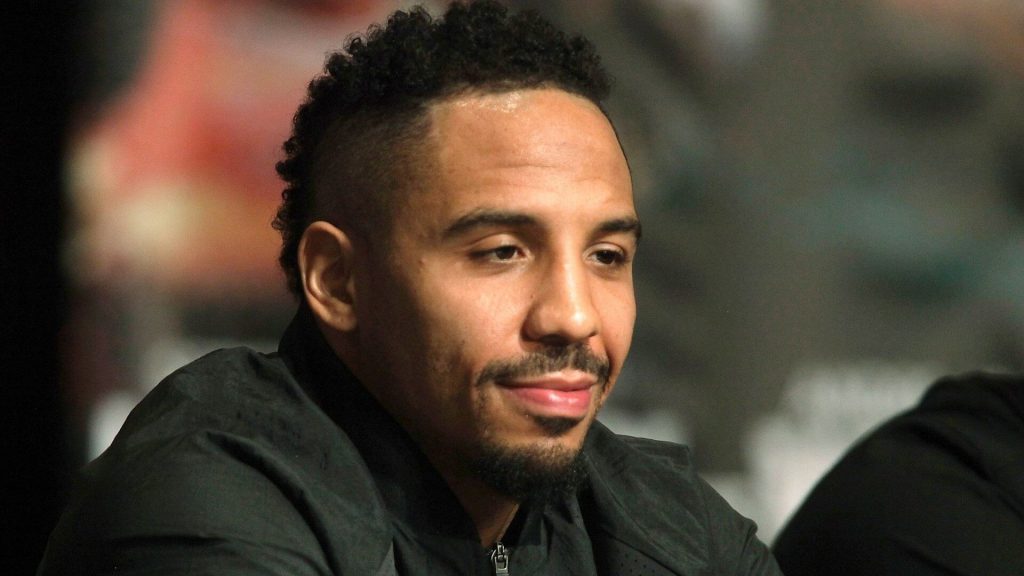 “They’re literally trying to put themselves in a better position financially-wise, legacy-wise, these guys are literally fighting for an opportunity. For most of these guys, they know that The Contender is an opportunity to break into the mainstream, to touch more money than they’ve ever touched in their whole lives and become a household name.”

The fighters come from a wide range of interesting backgrounds – from boxing nomads to ‘legacy’ kids such as Shane Mosley Jr. (son of ‘Sugar’ Shane Mosley) – but share the common language of the sweet science. To train with someone like Ward, one of the few to walk away from the sport at the top of his game, provided them opportunities to not only soak in some intimate knowledge, but to find the true answers to two specific questions.

“Why did I retire and if I’m coming back?,” Ward jokingly replied when asked what were the most common discussions among the crew. “That was probably the initial conversation, but once we got past that, it was more about just the fight. What should I do when I throw my jab, why do I get hit with the right hand, that type of thing. I tried to make the point to go to the gym and workout with these guys, just try to lead by example. If my instincts are telling me correctly, I feel like the guys gained something from looking over at me hitting the (heavy) bag, watching me spar and having conversations afterwards.”

Ward is pretty content in this post-retirement life, even if the public may thirst for a return to the ring for serious competition. He’ll reprise his role as Danny "Stuntman" Wheeler for Creed II, the follow-up to the 2015 film that gave new life to the Rocky franchise that stars his fellow Bay Area star, Michael B. Jordan. He’ll likely be a fixture in media due to his standing in the boxing community, and so long as The Contender revival does well, we’ll get to see him dominate in another arena soon enough.

Instead of watching Canadian Football (check the proline odds today) or MLS (both are fine options) watch The Contender, as it steps back into the ring on August 24th on EPIX.